Mother Vanishes While Kids Sleep In The Car

by Cat Leigh 8 days ago in investigation

Pamela June Ray was last seen talking to a man in the parking lot of a motel in Florida. 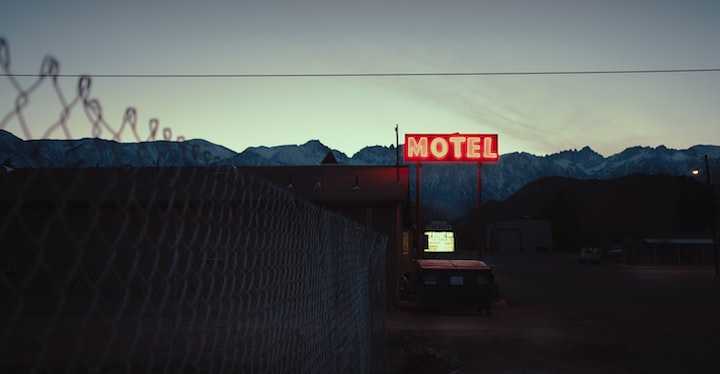 Photo by Jake Stark on Unsplash

Pamela June Ray planned a vacation with her children, Brandi (12) and Michael (5), to Panama City, Florida. Pam’s husband was not able to go on the trip due to work. She called the Wilhite Motel and spoke to the manager, Tim Hairston, who told her there would be a room available the next day around 9 or 10 AM.

At 10:30 PM, on August 11, 1992, Pam left her brother’s house in Atlanta, Georgia, and began a five-hour drive. It is believed that she left earlier than necessary because she wanted her kids to sleep while she drove.

By 4:30 AM, Pam had arrived at the motel and was seen sitting in her car in the parking lot. She was seen again in her car at 5 AM by another witness. About twenty minutes later, a police officer on patrol duty saw Pam standing next to her car talking to a man.

The officer watched as she locked her car, kept the key in her hand, and walked with the man to a nearby parking area close to the pool. Also around 5:30 AM, several guests heard a woman yelling for help — the noise went unreported because rooms did not have phones at the time.

36-year-old Pam was never seen again. She left her purse and the rest of her keys in the car.

Brandi and Michael had been asleep in the car the whole time. Police found them at 8:30 AM

Authorities do not believe Pam left on her own accord. Every motel room was searched. The surrounding area was also thoroughly checked by authorities and cadaver dogs. Unfortunately, it rained on the morning of Pam’s vanishing, possibly erasing evidence. Pam’s family traveled to Panama City to pick up Brandi and Michael and distributed flyers around town.

The police officer who had seen Pam with a mysterious man underwent hypnosis and provided a description: the man had light hair and light eyes, was about 6'0 tall and 150 pounds, and was wearing an alternating dark and light-colored horizontal striped shirt.

In 1989, a bank clerk accidentally wired $400.000 into the bank account of Ralph Bennett’s family business, a trucking company. Pam’s father thought the money was from the government as they had not paid him for work he had done. Bennett began to spend the money and bought a condominium at the Gulf Highlands Beach Resort, in Florida, in Pam’s name.

By 1991, Bennett pleaded guilty to theft of mislaid property. He received ten years of probation on the condition that he pay back the money. He managed to pay $300.000 back but fell behind on the remaining payments. The district attorney filed theft charges against all of the owners of the trucking company — Bennett, Pam and her husband, mother, brother, and sister.

When Pam vanished, the family had been out on bond. The issues were later solved after Bennett spent a month in jail.

Despite the financial issues, authorities do not believe it is related to Pam’s disappearance.

Hours before Pam went missing, a man was seen sitting on a folding chair outside of the motel. This man is believed to be the now deceased Andrew Paul Henry. He matched the police officer’s description.

In March of 1992, the then 29-year-old had kidnapped a woman and raped her in the woods in Chipley, Florida. He was going to kill her but she convinced him to let her go. He was arrested after she reported him and she identified him in a photo lineup. However, he was released due to discrepancies in her description of her attacker and Henry.

The wooded area where Henry raped the woman was searched for evidence in Pam’s disappearance, but nothing was found.

William Alex Wells told inmates that he had killed a woman named Donna Callahan — she had gone missing from a convenience store in Gulf Breeze, Florida, in 1989. The inmates reported him and he confessed, however, he claimed his half-brother had actually murdered the woman and that he had only driven the car and helped bury the body. He led authorities to Callahan’s remains, which had been buried near Wells’ childhood home.

His half-brother, Mark Riebe, received a life sentence and, while in prison, admitted to killing another 12 women— one of them being Pam. Though he later recanted the confessions, Pam’s family believes he is guilty.

Riebe claimed to have approached Pam and threatened her with a knife after she yelled.

When authorities asked him to tell them something only Pam’s killer would know, he responded that he had taken a key she had in her hand.

Both Pam’s father and her sister Rhonda have spoken to Riebe. Bennett met with Riebe’s mother a few times and on one of those visits, Riebe called his mother from prison.

Riebe’s mother, sympathetic towards the situation, asked her son to tell Bennett what happened to Pam. Riebe told the man that he had killed his daughter and Bennett fell to the ground. Bennett passed away a few months later of a heart attack.

Rhonda has exchanged numerous letters with Riebe. He refuses to grant her permission to visit him at prison. He has responded to every letter but just rambles on about stuff, ignoring Rhonda’s questions about Pam’s disappearance.

In 2000, Sandra Anderson and her cadaver dog, Eagle, visited the area where Donna Callahan had been buried. Eagle found human remains that were thought to belong to Pam. This was later ruled out.

In 2004, Anderson was sentenced to 21 months in prison after pleading guilty to planting evidence in crime scenes for Eagle to find.

The duo had taken part in hundreds of searches including at the World Trade Center after 9/11. She confessed to planting various pieces of evidence, including a toe — the missing body was later found with all of its toes — and she had also used her own blood to plant a bloody saw at another crime scene.

Though the remains do not belong to Pam, it is unknown if they were planted by Anderson or if they belong to one of Riebe’s victims.

26 years later, Pamela Ray’s family is still searching for answers. They hope to find her remains so she can be laid to rest next to her parents.

See all posts by Cat Leigh →