by Kira =) about a month ago in investigation
Report Story

How the minds of killers really differ from ours. (there's a work sited page IDK if its needed) 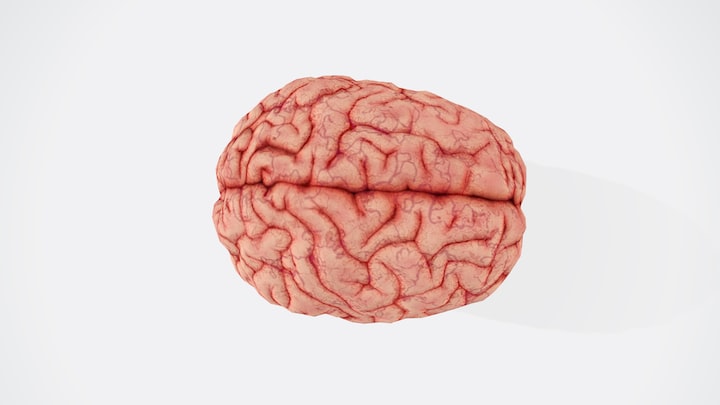 Killing ‌affects ‌the ‌brain.‌ In an article examining brain activity in killers, Jack Wang talks about the difference in the minds of killers: ¨Examining brain scans of more than 800 incarcerated men, new research co-authored by a leading University of Chicago neuroscientist found that individuals who had committed or attempted homicide had reduced gray matter when compared to those involved in other offenses¨(2). They split 800 prisoners into Three groups: 203 are self-reported homicide or homicide attempts; 475 of them convicted of aggravated battery/assault, armed robbery, or other violent crimes; and 130 non-violent or minimally violent crimes: After testing each group, they found fewer gray matter in their minds: Wang also explains why the gray matter is necessary: “´That’s what you need to make computations, to process information—whether it's emotional information that you use to feel empathy for someone else, or information that you use to control your behavior, to suppress your tendencies to react´”(3). The less gray matter affects a person's way of thinking, acting, and feeling. Gray matter is empathy and processes what's around you. Not rationally feeling empathy or processing information can change a person's thinking.

There are many Different types of killers; in the article "Why Do People Kill?¨ ACS Distance Education talks about the different types of killers and why they are not the same. One type they talk about is,¨Missionary killers will tend to murder a particular class, race, or group of people to eliminate them. You could argue that Hitler was a missionary killer for killing the Jews, Gypsies, and other groups in World War II¨(4). There are all different types of killers and they aren't all the same. Organized Killers will plan everything and make sure it goes to plan. Visionary Killers will kill people because they believe God tells them to. Every killer has a different reason for murder or crime. ACS Distance Education also gives examples of all types of murderers and the categories they fall in: ¨Ted Bundy is considered a perfect example of an organized killer. It is thought that he may have murdered up to one hundred women. He confessed to thirty homicides in his trial, but the true number of victims is unknown. Bundy was handsome and charismatic. He would approach a woman in a public place and ask for help, pretending he was injured or disabled¨ (11). Ted Bundy always knew his plan and got away with over 30 murders. He would sometimes go back to the crime scene to groom the body. He got away with murder for many years. The majority of criminals get caught for being disorganized and leaving evidence early on.

Some people argue that everyone is capable of murdering someone. Olivia Goldhill, a neuroscientist, says we’re all capable of doing something terrible. ¨Science has not revealed any tell-tale signs that a seemingly normal person is on the path to violent criminality”(2). There is no scientific proof that shows there is a definite line between killers and non killers. There are differences in everyone's minds, the thought that there is a difference between killer's minds is incorrect. If we could tell a killer by their brains fewer criminals would be on the run. Goldhill also writes,” This raises the question: If we’re incapable of knowing what others are capable of, do we know what we could potentially do”(3)? Everyone is capable of murder. People say something in the brain changes, and that is a killer. A brain injury will change a mind, and so can traumatic experiences, but that doesn't mean that someone with the ideal life wouldn't go kill someone.

Although people think everyone can kill, most people won't kill. In a study on murderers brain scans, Amens clinic says,¨ The brains of murderers typically don’t look healthy. Brain SPECT imaging is a technology that measures blood flow and activity in the brain. It shows three things: areas with healthy activity, areas with too much activity, and areas with too little activity. On SPECT, the brains of murderers show abnormal activity in a variety of brain regions, especially the prefrontal cortex involved with empathy, judgment, and forethought¨(7). Looking at brain scans shows that there is a definite difference in the minds of murders. The prefrontal cortex is important in proper brain function: without the prefrontal cortex, decision-making would be interrupted. The process of decision-making being disorganized clutters the mind and changes how people pick up information. Amens clinic also said,¨Many Amen Clinics patients who exhibited violence (murderers, arsonists, domestic assaults, rapists, bombers, etc.) had left temporal lobe abnormalities. The temporal lobes are located on either side of the brain behind the eyes and underneath the temples. Assault, murder, rape, arson, and other criminal behaviors are often associated with problems in this part of the brain. Other scientific research confirms that temporal lobe abnormalities are associated with increased aggression and violence¨(12). The left temporal lobe is in charge of understanding language, learning, memorizing, and is associated with increased aggression and violence. Killers often have abnormalities in their left lobe that changes how they process information. Most normal people with no brain abnormalities wouldn't commit a terrible crime

Most killers´ brains differ from others which changes the way their brain functions. A University of Chicago neuroscientist did an experiment on 800 prisoners. Most have less gray matter with many different varieties of killers. Ted Bundy was an example of an organized killer. Although some say there is no scientific proof that killing could change the brain, it can. Anyone can kill, and many things affect the brain; murder is no exception.

Wang, Jack “scientists studied the brains of more than 800 prisoners. Here’s what they found

Hi, I am still in school and like writing, so I wanted people to read them. I'm not very good when it comes to spelling and grammar so sorry. I don't have much confidence so please be nice and leave a comment if you'd like.

More stories from Kira =) and writers in Criminal and other communities.