by Jacqueline Bowser about a month ago in investigation
Report Story

They use all forms of social media and online gaming platforms 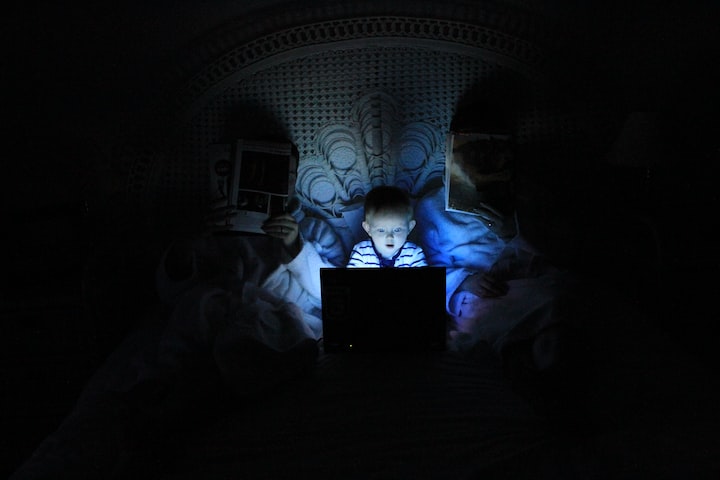 Photo by Ludovic Toinel on Unsplash

In the modern age of technology, people are connected to the Internet every day, which is a huge means of communication between people. Some people choose to use social media platforms such as Facebook and Twitter, while others prefer online games and virtual worlds. Each platform offers its users a different experience but all have the same thing in common which is sexual and child predators are everywhere.

In all the years of gaming online and being on social media which is about 15 years, I have never run into sexual predators or child predators, but thanks to a group on Facebook I have.

Through a small “private” FB group (I am no longer in the group, because of this (they picked the sexual predator to stay)). When the admins were told about the individual, they couldn't believe it was possible but that's what predators do, fool people. Predators make people think they're great, and they'll never do that. Always claim that the victim is lying.

One day, I noticed that a new person joined the group and saw the posts that he made. Not only did he post photos, but he also posted links to Discord and in-world shots of the virtual world. I asked him if he happened to use Second Life, “SL” (which is a metaverse/ virtual world) because it looked just like it. I've been working on SL for a few years now and I thought it would be interesting to meet someone who is also on the platform.

We started talking and he told me that was an SL user but he preferred using Opensim. I explained that I had an interest in learning reverse computer filming, so he invited me. He explained that it was the same as SL but it had no rules, to join and I accepted to check it out. I discovered that Opensim is nothing more but is a horrible replica of SL.

My experience on Opensim did not even make a full 24 hours, I quickly learned that it is the land of sexual predators.

The first few hours of joining Opensim seemed to go well. He did all the talking and I just listened. First, he told me how he liked weddings there, which is no big deal. There are many people in virtual worlds who like weddings, I didn't think anything about it at first. He continued to talk about weddings, he brought up how it turns him on to marry his first “daughter.” He explained (not role-play) that from mythology to the bible that it was a father's right to have sex with his oldest daughter and reproduced.

The person proceeded to give me a child avatar to wear. Not only does he want to marry a kid's avatar, but he also wants to share her party with his friends in order to watch them have sex with her. That was not the worst of it.

I learned that he thinks the real law on child sexual abuse is wrong. According to the person, if a child agrees to sex then it should be legal and tried to justify Epstein's island to me. He explained that he knew hundreds of people who felt the same way.

These laws are implemented to protect young children and teens from sexual abuse. Child sexual abuse can leave a lifetime of trauma to a child. This can lead to anger, anxiety, panic attacks, withdrawal, fear of being alone, depression and suicidal feelings (Effects, 2022).

People who do not use metaverses do not understand or grasp the seriousness of this very real issue. The predator will want someone to play a child avatar so they can act out their fantasy about being sexually active with a child. In some cases, it can cause an individual to seek a child to sexually abuse.

The majority of online platforms try to ban these types of users from their platforms. This is to keep users safe, but also to discourage child predators online. This is not an easy task. By allowing child avatars to be used on adult sites, it promotes child sexual abuse. It is also a way to promote and share child pornography online.

I'm glad SL has stricter rules on their gaming platform to keep users safe. Linden Labs, which owns SL, and its user community take the issue of online child predators seriously. Unlike other online platforms.

When the admins of Facebook told about the individual, they refused to do anything about it because some admins are friends with the individual. They've only known this person for a short time and have only seen this person on Facebook.

They never interacted with that person on a different platform or had an in-depth conversation with that person. This place leaves members of that Facebook group in danger by ignoring it. To think that's where the experience began.

It's scary to see how predators manipulate people and make them believe them. This is not an issue that should be ignored. It is about protecting others from sexual and child predators.

More stories from Jacqueline Bowser and writers in Criminal and other communities.