by Hannah Marland 2 months ago in investigation

When suspects do not talk, the cameras never lie. 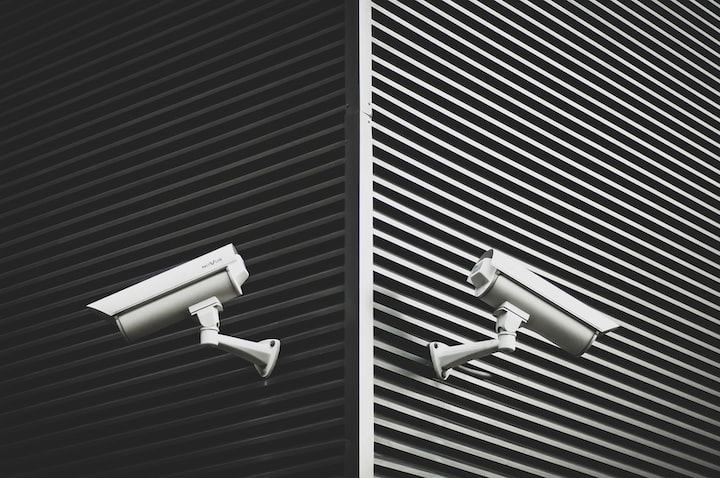 Photo by Miłosz Klinowski on Unsplash

‘I live next door, and the daughter came over, and said the mother and father had been shot!’

Spencer ventured next door, unaware of the events that had taken place. There, she discovered the bodies of Byrd Billings (66) and Melanie Billings (43), who had indeed been shot execution-style in their bedroom.

Byrd and Melanie were described as the ‘most generous’ people, who dedicated their lives to laughing and having fun. Neighbour April Spencer recalls that their house was always fun of ‘life, and joy, and jokes’.

The couple had children from previous marriages but began adopting children with special needs once they met. At the time of the event, the couple had adopted thirteen children, nine of whom were still living with them at the time of death.

The Pensacola Sheriff department sent multiple units to the scene, and armed police immediately swept the house in case the perpetrator was still there. Instead, they found nine of the Billings’ children scattered throughout the house, hiding in cupboards and under beds.

Police found the bodies of the two victims, which had been shot from ‘point-blank range’. Investigator Bobby Guy described the scene as ‘an execution-style murder’.

The Billings’ eldest daughter; Ashley, is contacted and advised to come down to the scene, where she and the other nine children take refuge in the Spencer household.

While this was happening, a forensics team moves into the household. The scene is preserved and evidence is collected, but the sweep reveals very little. In terms of physical evidence, all that could be recovered was shell casings from the shooting.

Fortunately, there was one piece of evidence that would prove crucial to the investigation. Due to caring for so many children with advanced needs, Billings had installed sixteen security cameras throughout the house; there was a chance the crime had been caught on camera.

Meanwhile, investigators went next door in an attempt to talk to the children. One child, ten-year-old Jake was by his parents’ bedroom as they died, and had therefore been witness to the killing. Unfortunately, Jake had severe learning difficulties, and this, paired with his distress, meant he struggled to answer even the simplest of questions.

While waiting for the surveillance footage to be scanned, police units took the eldest daughter Ashley into the property, in an attempt to discern whether any valuables had been stolen. Though extremely distressed at witnessing the crime scene, Ashley managed to identify only two things; Byrd Billings’ briefcase, and the family safe.

Billings was known to carry ‘at least a hundred thousand dollars in cash’ in his briefcase at all times, due to running an all-cash business financing cars. This led police units to believe the killer may have been somebody known to the family, or at least somebody who knew that the father was wealthy.

Once the security footage was ready to be viewed, a large team of people watched every camera frame by frame, in the hopes of catching their killers.

In an event that lasted only four minutes, three masked gunmen jumped out of a red van and broke through the front of the house. At the same time, two more gunmen pulled up in a Gold Explorer and entered the house through the rear.

Footage from the living room showed Byrd Billings being shot in the leg, before being led upstairs with his wife to where their money was kept. The Billings family did not have surveillance in the master bedroom, so the execution was not caught on camera.

With no faces to go on, Pensacola Sheriffs released images of the red van and Gold Explorer to the public, pleading for help in locating them.

Thirty-Six hours after the murder, the department received a call from a man who claimed to be looking right at the van from the footage. Police units rushed to the scene, where the van remained as they arrive. It was parked outside the trailer of an elderly man, named Leonard Patrick Gonzalez Sr.

Following a short conversation with the gentleman, investigators described him as ‘not in good shape, very down on his luck’, and ruled him out of suspicion due to his age and bad health.

Gonzalez did, however, claim that the van belonged to his son, Leonard Patrick Gonzalez Jr. He explained that the vehicle was under repair, and has not been driven in weeks.

Police believed they had hit a dead end and leave the premises, as they received another tip from an anonymous caller. The caller described seeing the van at a convenience store, and when footage is viewed, units saw Gonzalez Sr. pulling up in his ‘son’s red van’, and entering the store.

Gonzalez is taken into custody and interrogated. He insisted he was only the getaway driver of the red van, and never entered the house, and names two of the perpetrators, one of which is his son, the other, a man named Wayne Goldiron.

Gonzalez Sr. admitted to police that his son had been inside the house on a construction job, so knew the layout of the house and where money was kept.

When interviewed, both Gonzalez Jr. and Coldiron were reluctant to admit to their actions, and due to a lack of evidence, all three suspects had to be released.

While these interrogations were underway, police obtained a search warrant for Gonzalez Sr.’s house. There, they found a Walmart shoebox, which once contained military-style boots, similar to those caught on camera.

Investigators took the box to the Walmart store it was purchased from and obtained CCTV footage of Gonzalez buying these shoes just four hours before the murder. He arrived at the store in his red van and left with two men that departed in a Gold Explorer.

As investigators were beginning to piece together evidence, two young men came forward out of the blue to confess to their role in the crime.

Nineteen-year-olds Frederick Thornton and Rakeem Florence had been friends many years and worked for a friend of Gonzalez Jr. It was at work that they were recruited by Gonzalez, who claimed he knew a house with ‘millions of dollars’ in cash, and promised the boys a share of the profits if they helped him steal it.

The two young men identified themselves as the two gunmen who entered the front of the house with Gonzalez Jr. and explained that the operation had been meticulously planned over a month in advance.

They entered the house through the front door while Gonzalez Jr. made a beeline for Byrd Billings. The two grabbed the cash and briefcase as the execution was taking place, which, according to the men, was not part of the plan previously discussed.

Once back in the van with Gonzalez Sr., Gonzalez Jr. threatened the crew, saying he would kill them and their families if they went to the police about the murder.

Both teams of criminals drove away to dispose of the weapons, where they met with Pamela Long-Wiggins and her husband, who was known to police for trafficking and potential connections to the Mexican Mafia. It was rumoured that Gonzalez Jr. collected payments for her, so the two were close.

The husband and wife duo were in custody within the hour and confessed to where the weapons had been transported to, and where the money was buried.

Following a trial, the suspects received a total of two hundred years minimum behind bars between them. This excluded Gonzalez Jr., who received two death penalties for committing the murders, alongside a life sentence for home invasion. He remains on death row in 2020.

Upon her arrest, Long-Wiggins revealed she was suffering from a terminal disease, which she eventually succumbed to while in prison. Shortly before this, Gonzalez Sr. also passed away in his cell in June 2015.

Hannah Marland is a freelance true crime journalist, owner of Unworldly Oddities, as well as an aspiring crafter and travel blogger.