by Leslie Strom 2 months ago in fiction 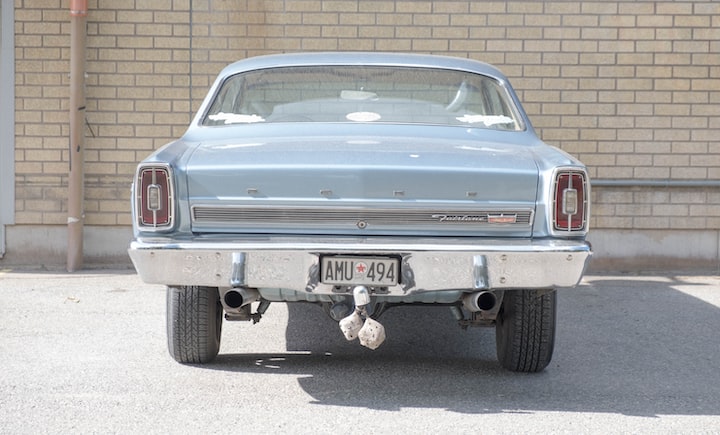 The fear, cold sweat, silent screams, could this be the end? This trunk feels like a coffin, It’s now hard to stay awake….Help!

I started a new job at a truck stop. The people are so sweet, they remind me of my family from the country. My mom, she was beautiful hard working woman whom I admired. She loved everyone, and would give her shirt off of her back to anyone. That is how she met my step dad and his son.

When my dad died from heart failure, she inherited his restaurant that was his fathers. It was a very busy place, with many regulars that would visit often. My mom she could make anything, but her specialty was pies.

A man would go to the restaurant and order a pie every Wednesday with his 10 year old son. She would pick apples from the field on the way to work. Dak the mans son loved pies, he would smile at my mom with his bright blue eyes, his mouth covered in cool whip. On Wednesdays my mom put on makeup, and put on a pretty dress, and a new apron. She would be happy all day and hum a tune.

Before I new it she and Ben started dating and I would have to babysit his brat Dak. Around people he was a charmer, he would put his dishes away, clean his room and do his homework. I started to notice the little things at first, he would count his steps, count his cutting of meat, count his strokes when brushing his teeth. I didn’t care that he was special needs at all. But when he stabbed the neighbours cat and count his strokes it scared me. I noticed that he would hit his father to the same count-8. Everything was to the count of eight.

One morning I woke up to water dripping on my forehead and could hear him count 6,7,8. Then start at one. I jumped up and asked what he was doing, he would smile at me looking down at my night shirt turn and count to eight.

Several years later they moved in with us despite my rejections, but my mother was happy and who was I to stop her from being happy. Dak was now 16 and I was 18. I saw the way he looked at me, his eyes glossing over, watching me walk away he would smirk. His counting stopped as he got older but he was very creepy. He would stare off into space, look at the little girls riding thier bikes and throw things at them. He would torment the dogs in the neighbourhood.

One day I brought a boy home to meet my mom, Dak took off into his room and slammed the door. I didn’t care because I didn’t want him to be around anyways. That night getting ready for bed his door was open and there was a blue light in his room, looking at nasty things on the internet. I hurried into my room and locked my door. He was much stronger than me and much taller than me.

One night my mom and his dad went out, and I was at home studying for a big test, I could hear screams coming from his room. I ran to his room and knocked on the door. He did not answer. I banged on the door, and I could hear a thump and he walked over to the door. He had a smirk on his face looking at himself in the mirror then at me.

I said,”what was that scream, what are you doing?” Pushing on the door to make it wider to look around.

He looked at me and said, “ what noise, I’m watching a horror film on my computer! What’s it to you anyways?” Smiling, again looking in the mirror, and hiding his right hand.

“Dak, what is in your hand, what are you hiding?” I tried to reach for his hand, but he snatched it away before I could see.

“Get out he yelled at me, inches from my face.” He leaned in towards me as if he was going to kiss me. I felt sick, turned and headed towards my bedroom very quickly so I could lock my door.

There was no use trying to tell my mom and step dad because they always took his side and told me to be more patient with Dak. I made a promise to myself that I would check his room this week and see what he was up to.

I walked into his room a few days later, and it smelled bad, with a few flies flying around. I was creeped out and forgot to close his door tightly. I went into the kitchen, to talk to my mom about it. She shrugged me off and said that Dak was doing a science experiment in his room for school. Just then Dak walked into the kitchen with flowers from the pear trees.

I said, “what is that smell. He said it is the flowering Bradford pear tree, he walked by me smiling, looking me up and down reached by my mom for some water in a vase.

My mom said, “Geesh Dak, those really do smell, krinkling her nose.

He smiled at her and said, “ I know mom, it’s for school.” Smiling at her, looking at me with a glare and walked out of the room. I could swear he was grinning. Eew…he made me shiver with discust.

The smell from his room was getting worse by the day. One day I went home early from school because I had a spare, but usually hung out with my boyfriend. On this day I was going to really check out Daks room. He was hiding something, I just new it!

I opened his door, and there was pear blossoms everywhere. In water bottles, mugs, even a few empty pop cans. I plugged my nose and walked into his room. I could see some bugs coming from his closet. I opened it and stood there in shock.

My head was spinning, my heart beat hurt my chest. I put my hands over my mouth and got sick right there on his carpet in front of his closet door. I turned to run out of the room and there he was. Standing there staring at me.

“What did you do,” I screamed at him trying to pass him to call the police. He put his hands on either side of the door frame and stared at me.

“You couldn’t let it go Beck, you had to check it out. You stupid, arrogant ‘better’ child.”

Feeling sick to my stomach again, trying to get around him. “Get out of my way!” I screamed at him. He clinched his fist and hit me so hard I fell backwards. I put my hand on my cheek glaring at him.” I tried to stand, but he came over to me and kicked me in the stomach very hard many times.

When I woke I was in a small cramped space with my hands tied, and a gag in my mouth. My head was pounding, trying to process it all. In he closet was the little girl that lived down the street. She was dead. I tried to scream, but realized that a I was in the trunk of Daks old blue car. I thought to myself, was this the end.

When the car stopped I could hear voices outside but could not make out what they were saying. I must have passed out again because when I woke up to a bright light with two older boys staring at me.

I jumped up and ran. I never looked back. I hid on the street and begged for food, and hitch hiked to different places each day. I could not go back to my house because I new he would kill me like that little girl.

One day a woman gave me a sandwich and looked at me with very sad eyes.

She said, ”young lady, please come with me, have a shower and a bite to eat.”

I looked at her with tears, nodded and walked beside her to her car. She never asked me why I was living on the streets, but that day I new I was finally safe. She offered me a job at a truck stop, and I accepted. I prayed that my mom was safe, but couldn’t go back, I was afraid they were all gone.