by Shalonda Purdy 9 months ago in fiction
Report Story

Sometimes the friendliest of games can be the most treacherous when you don't know who the monsters are! 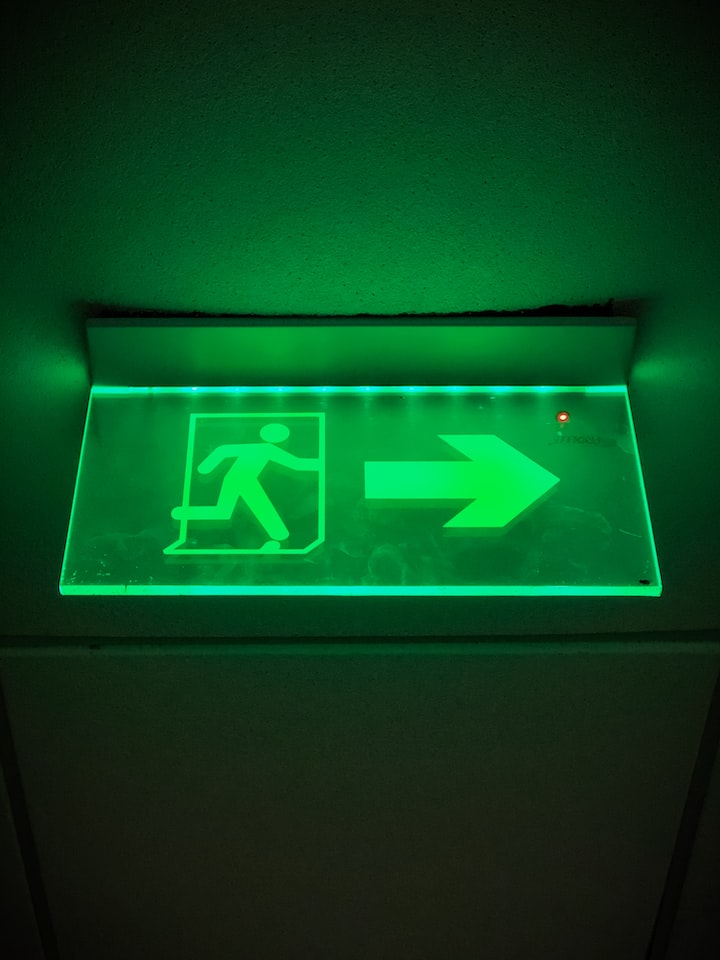 Photo by Isravel Raj on Unsplash

Red light! Green light! Red light! Green light! The words echoed around in her head like a pinball bouncing frantically off the sides of a billowing pinball machine desperately trying to find its way out. As she gripped the staring wheel it would be easy to say that she was white knuckled, but the glow from the streetlight lulled her into a 1000-mile stare as her hands began to glow under its neon spell like epoxy on marble. Her thoughts had a grip on her whole body now, and it was if she could feel the icy grip of death despite it being an uncomfortable 87 degrees and always humid on the Philadelphia streets. Silence fell over her like a blanket which was rare seeing as how there is barely a moment of stillness at this time of night.

As the streetlights changed, the colors danced and melded on her hands like awkward bicolored gloves manipulating the shade of the sticky substance that coated her hands like a second layer of skin. "What have I done?" Those words sounded like they were coming from someone else, this couldn't be her life right now. How could this happen, this must be a dream! No, not a dream, this is a nightmare! The high pitch sound of a horn being laid on three seconds too long broke her thoughts. The dodge charger revved its engine and sped around Julie as she came back to reality. She had to get home. She needed to clear her mind. She needed to get the blood off her hands!

As she pulled into the driveway of her $800,000 home all she could think about was how this might be the last time she gets to sleep in her own bed. Tomorrow morning, they are going to find the body and all the evidence points directly to her. She couldn't lie her way out of this even if she wanted to. The videos had to have gone viral by now. The entire world will soon know what she did, what they all did! This is not how she envisioned her life ending. She had it all planned out, she always had a plan. That was until tonight. She lived a very comfortable lifestyle. She was fortunate to have gotten in on the whole viral craze before everyone else did, so she knew exactly what it took to become as they say "Insta-famous". She was young enough to get in on the Vines before TikTok took over but, old enough to know what dialup sounded like firsthand. Now all of it was gone in the blink of an eye.

Julie lived a more than comfortable life. She traveled when she wanted, worked when she wanted, dated who she wanted and did what she wanted. She was the rare breed. She rarely drank even in social circles, wasn't big on the party scene; but always the life of the party and recreational drugs have never been her thing. So, with all of that she wondered how she could find herself standing outside her own door feeling like and unwanted salesman trying to convince her to let him in. She wasn't the same person that left home earlier that morning. She mustered up the courage to go inside. She didn't feel like she deserved such a privilege after what transpired, what's worse is that she really liked Trevor. She drug herself through the immaculately decorated Italian modern themed home.

Nothing seemed to have the same effect on her as they did when she saw them this morning. Everything in her home was thoughtfully planned and placed. Every painting, sculpture, and piece of furniture was specifically chosen for their ability to spread positive vibes. Now all they are doing is just highlighting how much of a fraud she has been all this time. The walk to the shower seemed like it took an eternity. Julie took off her Julianna Sharpanova dress and examined how the stains created a completely new design and stepped in the shower, that felt more like a tomb. Her clothes were stained but her heart was in ruins. She let the water pour over her like an intricate web threatening to encase and devour her whole. She was hoping that the events of the day would just wash down the drain along with the sweat, dirt, and blood. Red light! Green light! Pop!

She couldn't take it! She was going to go crazy if she didn't find out what was going on. She couldn't just go to sleep knowing that she just left him to die like some unwanted rabid animal in the street. She built up the courage to open her social media and to look for any sign that what she dreaded the most didn't exist. Julia felt her body go completely rigid. All the blood rushed from her body, and she couldn't believe what she saw. "Cold blooded murder of social media's golden boy." She felt like she was having an outer body experience. She could see herself watching the screen in horror. She clicked on the video and could hear the anchorwoman give a gruesome warning before showing the video "I want to warn you that the images in the video is incredibly graphic and can be a trigger for many out there. It is truly hard to watch, and some parts of the video cannot be shown due to its horrific nature and out of respect for the victim and the family."

Julie could not believe what she was seeing. She knew that she was in shock but what she was watching was not how she remembered it. In the video Julie can be seen walking directly at Trevor like a lion with its prey in its sights. She walked straight up to him, put the gun to his head and once he turned around, she squeezed the trigger. This could not be possible! That is not how she remembers it! It was a game! It was an accident! It was an ACCIDENT! She jumped up with a new fire in her body. Something was going on that wasn't right. She had to talk to Mirrana! She knows she said not to call her but, surely, she didn't expect her to not call when something like this is happening. She had to make sure that she was seeing the video correctly before she broke her word. She watched the video again and fought the desire to throw up.

She paced the room and built up the courage to call Mirrana and risk exposing everything, but something wasn't right. She would never kill Trevor, well, not in cold blood, not like the video showed. What happened to Trevor was an accident. The gun wasn't even supposed to be loaded, something had to have gone...

"Mirrana, have you seen th-"

Julie could hear the annoyance in her voice, but she had no time to address it. "What do you mean what do I want?! Have you seen the news?"

"Yes, I have, and you need to turn yourself in. I can't believe that you killed Trevor!"

"What are you talking about?" Now the confusion and annoyance was all Julie's. "That video is not what happened, and you know it!

"How long have you been planning on killing Trevor? You put on a good front. I really started to believe that you liked him"

Julie could swear that she could hear a smile on Mirrana's face as she talked but she chalked it up to the amount of adrenaline that was coursing through her veins. She had no time for that now she was more confused than ever. "What are you talking about I never would've hurt Trevor!"

"And yet he's dead by your hand"

Now Julie was furious. What was going on? Her mind was spinning, and her heart was racing. "I don't understand what you are talking about Mirrana. You invited me to that party, you convinced me to play that stupid game and you are the one that game me the gun! You said you guys played that version of red light, green light all the time and it was perfectly safe! What is going on!"

"You really are so full of yourself, aren't you? Now Julie was sure she could hear a smile on Mirrana's face. Did you really think that I would let you have him? He's mine and he's always been mine. You think that you can just have any and every guy you choose, well not this time. This time you chose the wrong guy, and now you're going to pay for that choice with your life."

"Why would you do this to me, I thought we were friends?"

"Bahahaha, friends?" Mirrana let out the wickedest laugh Julie had ever heard in her life. She thought only laughs light that were reserved for a witch’s cackle or the maniacal laugh of a super villain. This could not be happening right now. "I could never be friends with someone that doesn't even know when she's being played"

"I don't understand, why do this? Why set me up for murder and kill a man you claim to love? Why not just tell me how you felt about him, and I would've backed off."

"What and let you look like the perfect person and me come out looking like a selfish looser with no guarantee of getting the guy in the end. No, this way I get to take your life while you take his and I get to come out on top by being the wounded friend that didn't know what you were really capable of."

"You won't get away with this I'll make sure of it!"

"Yeah, I bet you will, have fun in prison." Before Julie had a chance to respond she was interrupted by a tap on her shoulder.

"Hello, earth to Julie, where'd you go just now? Green means go, we're going to miss the light and be late for the party."

"Yeah, the party at Trevor's. Tonight's the night you finally get the guy and everything you deserve."

Julie could see the smirk start to rise on Mirrana's face. That night never happened? "No actually I think green means stop. We need to talk!

More stories from writers in Criminal and other communities.