by April Chavez 4 months ago in fiction
Report Story 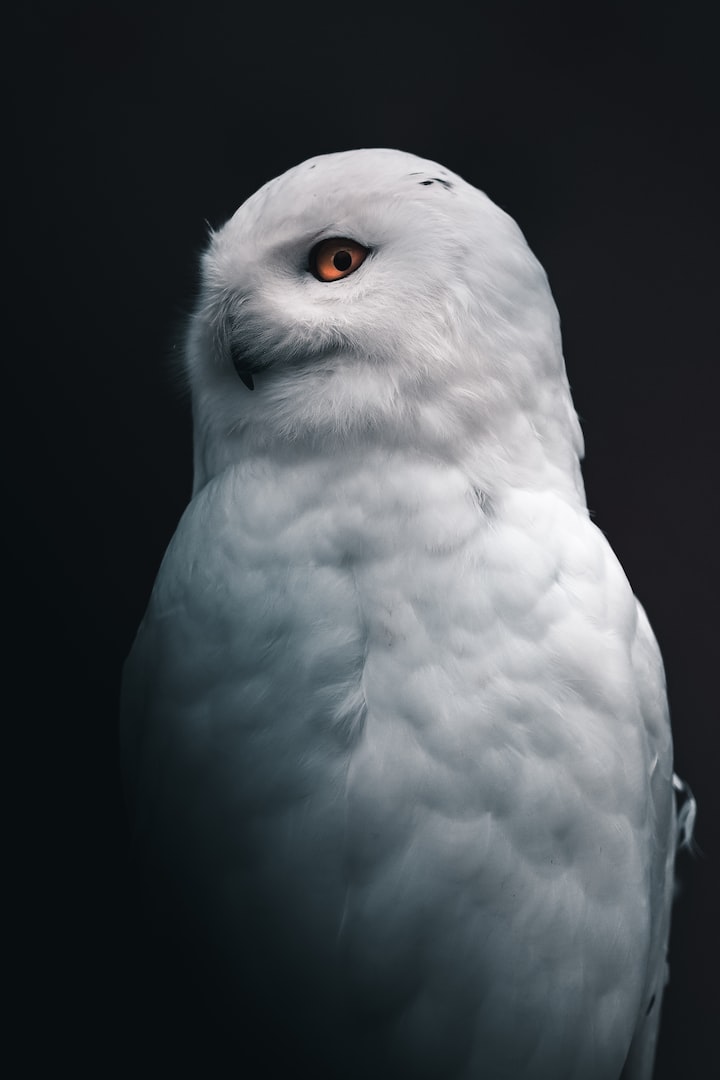 Photo by Kevin Mueller on Unsplash

He has one eye a mouth and a zipper for a nose, I named him Danny, though he wasn't always Danny. When I first met him he was a plain old brown bookbag, what I didn't know, was Danny could speak, breathe, laugh, giggle even. He scared the holy bejesus out of me the first night he called my name, “Laura,” he whispered, at first I thought I was hearing stuff, downright hallucinating when two legs protruded from the sowl of his pack. He stood straight up, reached out his hand, and waited for me to shake it. “I am Danny he said,” “I’m a magic bag and I can take you many places. All I ask in return is that you never set me on the floor.” He didn't tell me why and I didn't care to ask.

We hit off like a kangaroo mother and her baby, except I was the baby and Danny was the mother, though I held Danny in my lap. We went everywhere together, he covered me in so many ways, tucked me in at night, and even washed the dishes on Tuesdays. I made him a special place, right next to me, just an inch or two under my bed. It was soft, private, warm, and pretty. I made a curtain that protected him from the light, the light was his enemy. Night was day and day was night, he changed my whole life. When the dark circles and heavy bags set in I didn't even notice it. Hell, I didn't care, he made all my wishes come true, I had a Lambo, two Maybacks, and a five-bedroom mansion by the time I was twenty-five.

My best friend was Mac, no one could tell and I didn't want them to either, Mac shielded every blemish known to man. Danny told me I didn't need it, that I was so beautiful to him even without it. He was very grateful that I stayed up with him, a whole week sometimes, we shot black paint off slingshots before we upped our game. The light couldn't touch us and that's the way Danny liked it. Danny slapped me once, he said I was being stupid, it scared the shit out of me. I almost pushed him on the floor. I changed my mind though, I sat him back in his spot instead, I told him if he ever did that again I would open the blinds and reveal all his secrets.

Danny was filled with information, knowledge on top of knowledge on top of knowledge, and he chose to share with me, his kangaroo sack. I quickly realized the difference between knowing and understanding, Danny was clear, crisp as clean glass. In the mornings on the days, we actually slept I’d hear him talking in the midst of his dreams, “Laura oh Nora.” over and over again. One night I asked him why he did that, he looked at me in disbelief as if he didn't know he was chanting my name. That's all he did though, he didn't say anything, and he certainly didn't give me an answer. “Come on Laura.” he said, “we have work to do.” He gave me his computer and I plugged it in.

We started with credit cards then we hit the big leagues, top-notch mining. Danny knew what was gonna happen next. He knew exactly which coins to mine now that would later have a huge payoff. Though he told me a lot he still kept many secrets, it took us a full year of credit card theft before he introduced me to the coins. He said I had to learn the game if I ever wanted to make it anywhere. So I did. I was the queen of the credit card game, he nicknamed me Cq, short for credit card queen. “Hmmm” thinking about that now, such a thing of the past. Credit cards gave me that extra oomph, that courage, the confidence I needed to really be somebody. I made one million in that year, impossible you say, well you just don't know the game. Now that I have everything I need and everything I will ever want, I have to tell you how I kicked Danny to the curve.

Before you judge, just know, Danny has anger issues, and after I made it big, I wasn't gonna be walked on. What can I say I learned from the best. It was his mouse that did him in, a little sneaky matherfucker, and I knew exactly how to use him to my advantage. I clicked with his mouse daily, we got real close, I even named him Tick, reminded me of my little brother. Tick was cool, he’d do whatever I want, we scammed many rich assholes, even the broke ones that we saw fit. We liked to get the cocky dushes when we could. Once in Rich & Rotten, just off of Wilcox, right on Hollywood blvd, there was this man. The tall dark and handsome type, clean-cut, with Dylan boots. He bumped into my bag when I was just tryna stuff it, it really pissed tick off. It wasn't the fact that he just practically pushed over this scrawny stringy brown-haired girl, it's what he said after that made the ceiling crumble and the walls shrink. “What the fuck are you doing in here?” Just then at the exact moment of his effortless word vomit, a pure white Barn Owl crossed paths with the clear glass sitting in front of the store looking me dead in the eyes, as if it were some sort of sign. He looked, I took it.

“Ha.” If this asshole only knew, I almost laughed out loud before I clipped his wallet from his back pocket. We hit real big that night, twenty thousand dollars was ours for the keeping. I guess Armonnie suits are really what they’re cracked out to be. Anywho, back to Danny, the plan was swift, flawless, and smooth, he saw it coming. I thought I’d be able to kick him on the floor and that would be it, oh did he have a rude awakening in store for me. I should have known better, I should have been smarter, a super genius that had a knack for abusing wouldn't just freely give away his kryptonite. The second the corner of his suede end touched the ground he snatched me by the hair, his strength was unreal, my face met the water in the toilet bowl real quick. Tick saw everything, I know he felt bad for me.

That night when I coursed him over the screen he caressed my hand back, it was a sweet kiss of affection. While Danny was busy peaking through Smith & Noble's high-end blinds, he told me something and I swore not to repeat it. I lied, Danny tells everyone not to push him on the floor because he really wants them to, he loves to dominate and Tick assured me things would not get any better. First I was sad then I got a little angry, but what I really needed to do was get even. That morning I stayed up while they slept, I watched my blood drizzle down my face into the sink, I gently washed around my bulging black eye. As my tears fell I knew it was time, I collected all the books, downloaded and encrypted everything on my flash drive. There was just one more thing left to do. I made a pallet right next to Danny, I put my arm around him and snuggled with him one last time. The sweet sound of Laura oh Nora echoed from his lips like blue singing soft melodies of bliss. It was love in its most pure state, I loved being rich, and I loved Danny for changing my life.

I slide my right arm up his clean threaded side, I stabbed him. His scream was like a wet Armadillo giving birth in the rain. If an eye could kill, I’m telling you I’d be dead. The vexation in his eye made me cringe momentarily then he dropped three tears. In that instant, I wished I could turn everything around but it was too late, not more than two seconds later the front door, back door, and practically all the lower level windows were swarmed by the FBI. I got off scout free, while Tick and Danny sat together just outside the back of the ambulance, tick winked at me. I’m sure he was proud. They stitched Danny up real nice, and my heart smiled knowing he’d only be in the big house for twenty-seven years.

I will never forget Danny, my abusive bookbag, after all, has been said and done, I still love him to this day, and if anyone was wondering I no longer shoot paint off slingshots, straight up pistol-whipping in deep cover.

More stories from April Chavez and writers in Criminal and other communities.