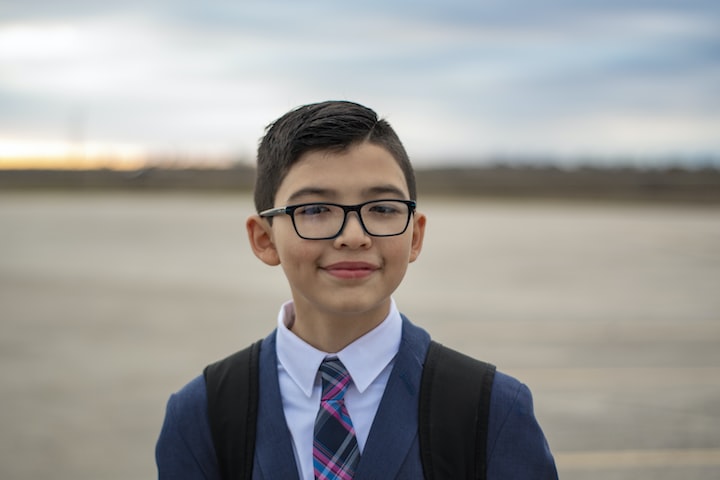 Photo by Gabriel Tovar on Unsplash

Based on a true story

I met twelve year old Carlton at the secondary and we were in the same class. The school is situated on one of the West Indies Islands that had become multicultural since the final two decades. Carlton lived with both parents, older and younger sisters. His family did not attend church, but his best friend Gary did with his grandmother. Carlton told Gary that he had no interest in church attendance.

In school Carlton was ready to defends anyone who was been bullied and always made attempts to stop others from fighting. I recognized that there was something peculiar about him and but found that out one day when the teacher read his ‘Narrative’ to the class on the topic “An Incident That Impacted My Life”.

In the ‘narrative’, Carlton informed that when he was ten years old, the government declared that it was seeking to provide further youth correction facilities due to the increased level of offenses among the youth.

When the media gave reports that nationally the prison population experienced a higher proportion of youths are from the poorer communities, his father became concerned and spoke to him and his older sister.

Carlton promised his father that he would never commit a crime, but would stick to his education and meet his goals.

But then something bad had happened to him and that had changed his thinking completely.

His friend Gary joined a scout club, organized by a member of his church and encouraged Carlton to join. Fearing that Gary wanted to use the ‘club’ as an excuse to get him attending church he had refused to join. But after much nagging from Gary, Carlton agreed to join; he did and enjoyed the activities in the club.

His group leader announced the date for the ‘Investiture Day’ and that the children should work harder to receive the required number of points for their badges.

“You will not be invested unless you have the required numbers of badges” the group leader emphasised.

Carlton needed some more points to get another badge, so his mother asked Miss Joy, her friend who had to work, to allow Carton to help her elderly mother during the upcoming Easter holiday to enable him to secure some more points. This had been agreed and so at the beginning of the holiday Carlton went and completed chores at the home of the elderly lady.

Then a few days while helping the old lady, Miss Joy accused Carlton of stealing money from her mother. Carlton, who knew that he was innocent because furious due to the accusation. The accusation had encouraged bullying from his peers and adults in the village. Carlton cried as he was not able to go out and play because all the children in the village had turned against him. But worst of all Miss Joy made certain that he got thrown out of the club and missed the ‘Investiture program’.

Carlton was deeply ashamed, angry and frustrated due to the situation.

One night he cried himself to sleep and when he awoke his father became aware of his agony. So that morning his dad sat him down and spoke with him. During the conversation Carlton said to his dad: Dad, when I get older, I am going to get a gun and shoot Miss Joy and her mother. Tonight I am going to smash her car window.” His dad was taken aback by what Carlton had said.

“Carlton you will do no such thing. I am shocked that you have such things in your mind. The truth will come to light soon” said his dad.

Carlton said that he too was shocked, after he had said those words to his dad but he had meant every word. His dad told him that committing a crime does not solve a problem but created another.

“I am not in the position to help all kids to keep away from committing crime, but helping you not to commit a crime is the foremost measure in assisting other young people from keeping away from ruining their lives and that of others”

Then it was not long after that, Miss Joy found the money that Carlton had been accused of stealing it was found under the old lady’s mattress. Miss Joy brought the good news to the family along with rewards. Miss Joy then ensured that the entire village was made known that Carlton’s innocent. But that was not all; Miss Joy even went further than that.

The scout leaders were informed and an Investiture Day had been arranged for Calton only. All the children in the village had been invited along with Carton’s family and his teacher. The program had been planned as normal as when there were many people to be invested, with drums and all. On the day, the officiating speaker said after informing guests that Carlton was the only candidate said:

Carlton had suffered pains and suffering but did not retaliate in a negative manner. Situations like this could happen to adults and children alike but one crime does not solve another, it only creates more problems.

That day Carlton wrote that he felt like a celebrity star as he was the center of praise for the way he managed his behavior in time of crisis. “I thanked my dad for helping me or things would be different”

He was given three badges for hard work, helping in the community and for pains and suffering he had suffered. He was also given a gift token for travelling expenses to America the following summer when the club would be going on Camparee.

Then when he entered secondary school at eleven, Carlton was able to help one of his friends from committing a crime as he reflected on what his father had said “Helping you is a step in helping others not to commit a crime”

That was when Nathan told him that a next door neighbor had hit his dad’s car and refused to fix it. His dad had used the money he was saving to buy him a bicycle that Christmas and fixed his car.

Nathan was very angry and decided to follow the advice of another friend and stone the neighbor’s car and break windows. Carlton told Nathan his story and prevented him committing the crime. Few days after they had that conversation Nathan told Carlton that the neighbor got his car insurance rectified and paid his dad. When the neighbor heard where his dad got the money from to fix his car, he felt bad and gave a few extra dollars so Nathan was able to get his bicycle and along with a helmet on time for Christmas.

Carlton said that Nathan thanked him for preventing him from committing a crime.

After hearing Carlton’s story, I joined the program as well. Carlton is using his experiences to help his peers in school and teaching them that crime destroys lives.

. Linnet enjoys working with kids. She has worked with youngsters in different professional roles, which were teacher, day nursery manager, and qualified social worker.

Linnet is retired but working as a volunteer. Linnet is an author.

More stories from Linnet Brown and writers in Criminal and other communities.