by Mary Haynes about a year ago in innocence
Report Story 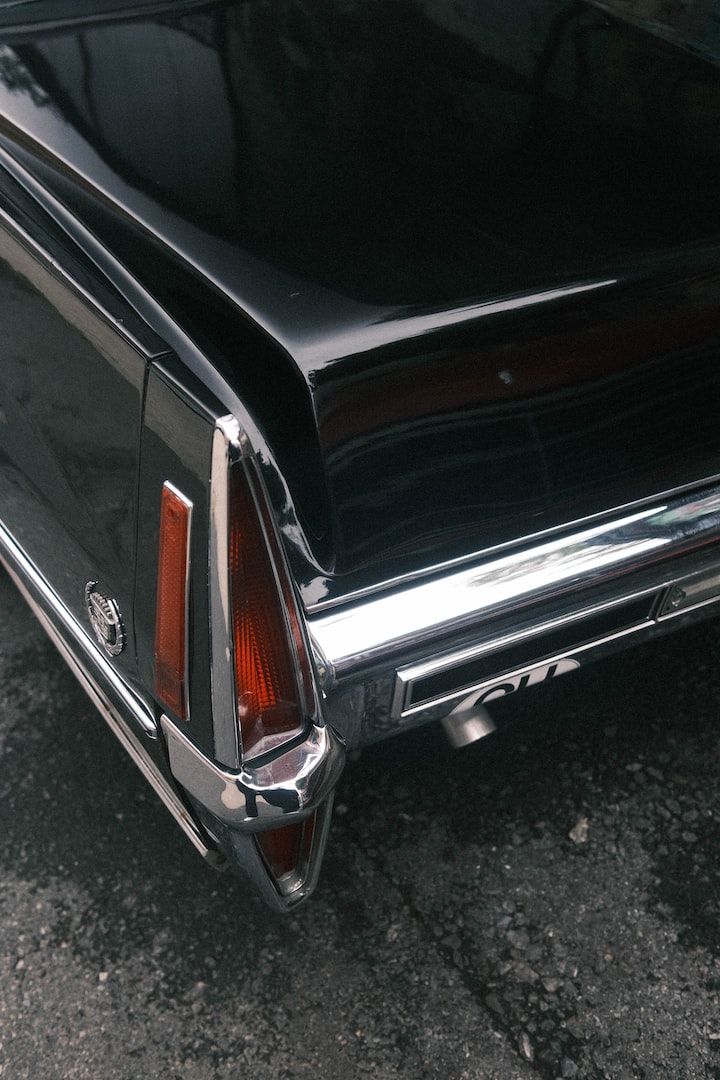 Photo by Jérémie Crausaz on Unsplash

Riding by myself, I felt so free that sunny spring day in 1969. I didn't have to endure the twenty-minute ride on the hot, smelly bus with the screaming immature children. I was above that. In a few weeks, I would be graduating from grade eight. I was practically an adult! I had convinced my mother that I should be allowed to bike to and from school by promising that I would always take the quiet old road instead of the new highway 59.

I was always something of a "dilly dallier," as my mother put it. I pedaled slowly, listening to the robins. I breathed in the muddy spring air and caught the scent of budding lilacs. I thought about my upcoming birthday party. My mother made a big deal that no boys be invited. Of course, I pouted, but secretly I was relieved. Don was the only boy I cared about. He was already six feet tall, so since I was the tallest girl in class, I didn't feel as awkward around him. I liked his cat-like green eyes and funky Californian accent. Unfortunately, I always managed to do something foolish around him.

One day I noticed Don watching me, I looked up, and he asked, "Why do you always chew the leather strap on your bookbag?"

I blurted out, "Because it feels good!" Don shrugged and resumed reading his book. I groaned and scrunched down in my chair, my cheeks burning.

Another time, Don said, "My Dad saw you at church on Sunday, and he thinks you're beautiful."

I stammered awkwardly, "Older men seem to like me; it's kind of creepy!"

Although it was true, it was a stupid thing to say. I felt ugly and fat around boys my own age, but I did notice the rather uncomfortable looks older men gave me. I remembered one of my mom's weird little talks. "Sweetie, at certain times of the month, a woman becomes more attractive. Her eyes sparkle, her hair shines, and she must be careful because it's the time of the month that she could become pregnant." There was never any more profound talk, nor explanation, but sparkling eyes and shining hair seemed both a positive and a negative. Apparently only older men could spot those attributes. I had overheard the boy's health teacher suggest that they should be interested in girls like me and that I had excellent posture. Seriously? An ancient dude telling the guys that I stood up straight was not helpful.

I shook off thinking about my inability to relate to boys my age. I concentrated on peddling on the deserted old road. The wind was whipping my waist-length blonde hair. I unbutton the bottom buttons of the skirt over my 'hot pants,' and it flew behind me in the breeze like a low superhero cape. I sang loudly since there was no one around. I knew all the words to the Gary Puckett and the Union Gap song, "Young girl, get out of my mind, my love for you is way out of line. Better run, girl. You're much too young, girl."

When I was about halfway home, an old, patched-up white convertible raced by with five loud young men. They shouted things at me that I couldn't quite make out. They didn't frighten me, and in fact, I smirked a bit and felt a little flushed. I had grown used to the fact that even though I was not yet thirteen, I looked much older and was beginning to enjoy the attention of older boys. At least they weren't someone's parents for a change.

A few minutes later, a long shiny black Cadillac drove slowly past. It looked expensive with huge chrome bumpers that reflected the bright sunshine. The Cadillac stopped slightly ahead of me. The hair on the back of my neck stood up, and my feet forgot to pedal. I froze and stood staring at the black car. The driver's door opened, and a silver-haired man smartly dressed in a grey jacket and grey pants stepped out. He looked like he might be a friend of my dad's, and I squinted to see if I knew him.

As he walked toward me, he smiled and said, "Hi there, hop in, and I'll give you a ride home."

I didn't recognize the man and replied, "No, thank you. I don't need a ride home because I have my bike."

Still smiling and coming closer, he said, "That's okay, we can put your bike in my trunk."

I felt hot and queasy. I was just hoping the man would go away and let me ride in peace. I said politely, "No, that's okay, really. I prefer to ride my bike."

The man shouted in a cold, authoritative voice. "Put your damn bike in the trunk and get in the car!"

My ears filled with white noise, and I felt like I was going to faint. I had a memory flash like a shock to my body. My friend's father had yelled at us for coming home with candy we got from someone at the church. He had thrown the dictionary down on the table and told us to look up the word rape. The word was now screaming in my brain.

I jerked my bike around and forced my jelly-like legs to pedal back the other way, praying that I wouldn't fall crossing the old train tracks. The man jumped in his caddy and backed up, closing the gap between us. I knew I couldn't out pedal him.

A loud whistle shrieked from the lone building on the road. The workers ending their shift flew out of the factory parking lot and roared down the street towards us. The man in the black Cadillac reversed direction and sped away.

I didn't ask for help, but I pedaled as fast as I could to try and keep up with the string of the VW Bugs and old Ramblers as they drove around the bend and exited onto the highway.

By the time I got to the steep hill before my house, my legs were aching, and my lungs burned. I got off my bike and leaned against it as I climbed up. I hadn't gone far when I saw my mother walking quickly down the hill with a worried look on her face. Relieved to see her so close, I crumpled, and tears poured down my face.

"Damn it, what did those boys in the white sports car do to you?" My mother demanded.

Baffled, I sputtered out, "No, Mom, not the boys. The man, the man in the black car. He yelled at me to get in his car, but I didn't know him."

My mother hugged me tightly and explained. "I was washing the kitchen floor, and I had a terrible feeling that something was wrong. I looked out the window and saw the white convertible with those idiots yelling and goofing around. I had a bad feeling that maybe they had hurt you on your way home.

We called the police, and they came and asked terse questions. "How tall was the man? Can you describe him? Did you get the license plate number?" When I described the man as perhaps fifty years old and basically grey, the officers shook their heads. I elaborated that he had grey hair and was dressed all in grey. They jotted down that I said he drove a big black Cadillac with shiny chrome bumpers. Apparently, my description wasn't very helpful. Retelling it made me realize how lucky I was to be alive. I broke down and cried. The officers looked uncomfortable and said if they had any information, they would call us.

After a few weeks, I forced myself to venture out more. However, since that day, I have always been keenly aware of my surroundings. I study each new person carefully, and I try not to walk in areas where there are no houses or people to reach out to. I developed what I joke is "Stranger Danger Radar!" I'm like a super nervous Spiderman.

About twenty years later, while reading the Sunday edition of the Toronto Star, an article jumped off the page at me. "Suspected Oxford and Middlesex County Pedophile/Murderer's Grave Found." My coffee seemed acidic, and I had trouble swallowing it. I scanned the rest of the article. "Police were thwarted when newly developed forensic evidence led them to the home of the suspect. Unfortunately, they discovered he had died of natural causes two years prior.

I continued reading. Canadian police combined forces to follow new leads in old cases. One of the cases involved a man they had been investigating but had lost track of. They found out that he had died at the age of seventy-two and had been buried for two years before the new leads turned up. The article stated that the police had always suspected this man had been a pedophile and a murderer. He was suspected of preying on young girls in small towns in southern Ontario in the 1960s & early 1970s.

I picked up the phone, intending to call the detective in charge of the cold case. I wanted to ask if he could find out if the suspect had ever driven a black Cadillac. However, the knot in my stomach started to ease. I no longer felt the need to call. The case was finally closed.

More stories from Mary Haynes and writers in Criminal and other communities.