by Allan Warren about a year ago in fiction
Report Story 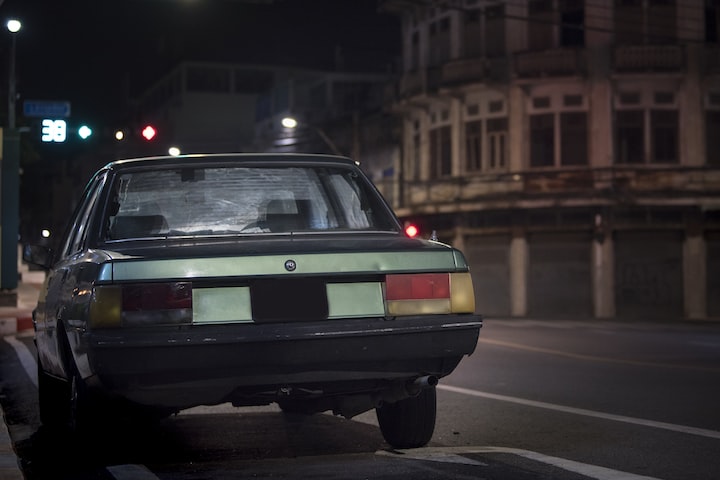 Photo by Arisa Chattasa on Unsplash

Note: I have never found writing to be an easy venture. To write about an event so many years after its occurrence means that I have to rely on memory. Writing about my past is also something foreign to my normally humble attitude to life. However, stories sometimes need to be told, for many reasons. In this case the facts are diminished by using only my memory rather than applying for access to the case files.

The idea of fate, Que sera, sera, destiny, God’s plan, who knows for certain what design if any affects our life and the path we take. Was my boyhood thought to be a policeman part of who I was meant to be? Perhaps, I also thought of being a carpenter and a physical education teacher, neither would eventuate. At one stage in my adult life I had set up a martial arts school and had enough students to make it a secondary income. Later I would hand it over to my brother completely as the pressures of my career would dominate my work life and my family. I still actively competed in athletics, loved running and spent much of my spare time training. Once again it took second place to my career. If I had taken that path I might have been of some significance in the sporting world, not meant to be.

Achieving detective status was not an easy path. I joined the Tasmania police in 1919, the 26th of February., a date that somehow has stuck in my memory ever since. At the time I had left my retail management job as a result of the lure of promised success with Remington office Machines selling typewriters. However it involved constant travel using my own car and I was becoming every doubtful of any future success as a travelling salesman. Fate however had something to say in this game of life.

While travelling around the city one morning I was drawn to an old acquaintance who was walking through the city mall in his police uniform. I wouldn’t say he was a close friend, just someone who I had an acquaintance through athletics and competitive running. It was his uniform that I thought of mostly, I wondered what I needed to do to join the police. I guess my current job wasn’t leading anywhere and I was finding it quite boring.

A written exam had a certain connection to my past as well. Something like thirty people sat the exam that day, only two individuals were successful in passing all three parts of the exam, myself and another young man that had attended the same primary school, another coincidence or act of destiny, maybe.

Time moves on and after completing 20 weeks of basic training at the Tasmania Police Academy at Rokeby, about a year of service in the uniform branch at Launceston and a few years of plain clothes service in the Licensing Branch, I managed to apply successfully to attend a detective training course. Shortly after I was transferred to the Criminal Investigation Branch.

Detective work can be far less glamorous than most people realize, constant paperwork, late nights and often no sleep for days on end. For a family man, it can be very difficult. Wives don’t always see the good side of their husbands working long hours, drinking with their workmates after a long, hard week. Secrets are probably the worst part, much of the day to day work is subject to secrecy, names, etc. unless they have been put before the courts then they become public arena. This case has long been publicized and court cases concluded.

Among the many kinds of cases that appear on a regional detective’s desk are the missing person’s cases. Often they are just runaway teenagers who are usually located couch surfing. Sadly cases of adults who just get up and leave their families are somnetimes never seen again. My own grandfather was such a case, a Scottish immigrant during the great depression with five children and no work. One day he rode his bicycle to the Launceston wharf where he might hope to gain work for a day, joined by hundreds more who lined up along the street waiting to get the nod from the work foreman only to be disappointed, sent home with a penny. I guess one day it was too much, the journey from Goderich street to the Esplanade was not far, probably only took 10 minutes at the most by bicycle. He would have needed to cross the Tamar street or the Charles street bridge and then join the line just across the river. One day he never arrived home, his bicycle found leaning against the bridge railing, no sign of my grandfather or his body. My mother fatherless at 8 years old and my grandmother without a breadwinner, a hard life that time has forgotten.

The process of receiving files was straight forward, a person would attend the Launceston Police Headquarters inquiry desk or an officer would visit the home or business to take a report. The reports either from the field or the in desk would then go to the Senior Sergeant of the Criminal Investigation Branch (C.I.B.) for review and distribution to the detectives. Sergeant Dexter was the Senior Sergeant then and normally he would leave the files on your desk, you would find them on coming in for duty. On this occasion, I was in the office and Sgt. Baxter approached me with the file,

“See what you can do with this Al.” There didn’t seem to be much urgency in his voice. “It’s a missing person report, need a progress report in a few days.”

Sgt. Dexter was an easy-going staff sergeant with an amenable personality. He had a nickname that I thought was an appropriate description but derogatory, something to do with his abundant belly, best left to history. The name of the missing person was Wolfgang Franke aged 51, reported by his wife Anna Franke of Partridge Drive, Legana.

“Too weird,” I thought. “Surely there couldn’t be any one called Anna Franke”.

More stories from Allan Warren and writers in Criminal and other communities.