by Jason Ray Morton 12 days ago in investigation
Report Story

The Donald Studey story is an ongoing saga in the midwest. 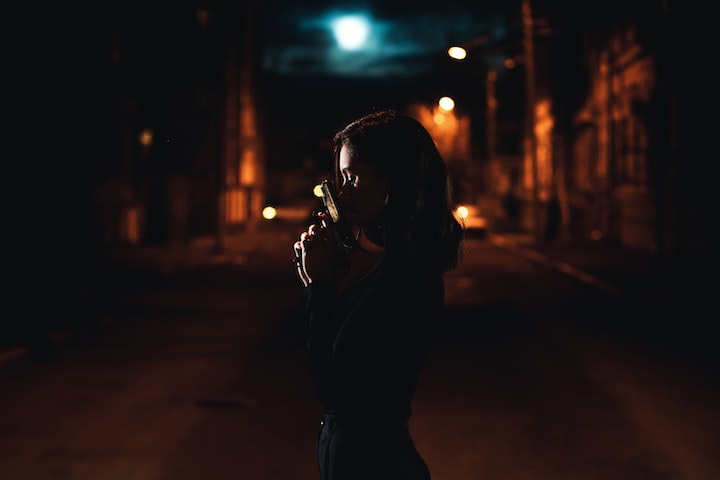 Photo by Andrey Zvyagintsev on Unsplash

Was Donald Studey a prolific serial killer before he died nearly a decade ago? Or are these the stories of nightmares his daughter had as a child? Some local authorities in Iowa seem to believe she’s telling the truth and that Donald Studey was a monster that killed and buried victims on his property

Did it look like this? A young woman, late at night, and Donald Studey is on the prowl.

According to Lucy Studey, her father would go out at night and occasionally return with a body to bury. Some were allegedly women going home with Studey, never to be seen again. After what might be decades since she first reported the bodies to authorities, someone is looking into alleged serial killer Donald Dean Studey.

Many questions will remain unanswered. Why did it allegedly take 45 years to look into the allegation? How did Studey stay under the radar? And, if his daughters' claims of other men are present when bodies were buried, what is their role in the case?

According to reports, Donald Studey was a troubled person living in the wooded Green Hollow north of Thurman, Iowa, a small town of 170 people. His family history goes more than 100 years in that part of Iowa.

The Freemont County Sheriff’s records indicated a history of violent and erratic behavior by Studey. Incidents dating back to the 1990s included allegations of death threats toward one wive’s son and when Studey allegedly shot himself in the arm in front of deputies. Studey developed enough of a history that sheriffs went with a two-car call approach whenever dealing with Studey.

Studey may have died in 2013, but a legacy of terror lives on after his demise.

His Daughter’s Attempts To Tell Authorities

Lucy Studey McKiddy reports to news agencies and current-day police that she has tried more than once to get the story out about her father. The first time as an adult was in 2007 when the reports detail how her father accused her of stealing money. Local authorities claim they tried to check out her allegation but didn’t find the well, instead turning to the woman and excusing themselves, claiming that maybe she was only accusing him because she had stolen the money.

Her accusation is that her father murdered people and buried their bodies inside an old, 90-foot-deep well in an area of an old county-run home for the poor.

Her second attempt at reporting the haunting memories she has occurred in 2021. Amongst her many memories includes being a very young girl and seeing her father in the seventies, with two other men, removing a body from a trunk and hauling it away in a wheelbarrow. In her stories, she’s also cited a memory from around 1979, near an old cellar on her father's property. Lucy believes there was a body there before her father took it to the weel, where she saw a second body.

Weeks into an active investigation for the first time, a third cadaver dog alerted to multiple locations investigators are allegedly investigating as a massive grave site. The first two dogs were there on October 20th, 2022, and signaled to handlers that possible remains were there. The dogs also hit on trails allegedly, while Newsweek was present at the scene.

Studey’s story is intriguing because it means more than one thing went wrong in the world. First, examine the report. If this was told to school authorities clergy and police 45 years ago, someone needs to answer why nothing was done then. How there wouldn’t be any shreds of evidence of that nature is hard to fathom.

Secondly, in the stories, Studey reports as many as five a year were killed. That is an amazing number and might explain why there are memories of other men being there. Was Studey alone? Or, did he belong to a group, or cult of killers, like in Kevin Bacon’s The Following?

Ultimately, Studey died a decade ago. Authorities are obligated to find out if there are bodies, check for DNA, and give answers. They may have much explaining to do in the future, especially if things are as bad as the daughter believes. 70 or more bodies would make Donald Studey transition into the history books as one of the most prolific serial killers of our time.

How Does He Compare?

With as many as 5 to 7 per year, it wouldn’t long to rack up an impressive resume of murders. Some of the most prolific racked up only once a year but were known around the world. Others like BTK did a few over time, (10 in 17 years) before they quit. So how does Donald Studey compare to the rest, presuming the authorities find the bodies on his property?

An investigation like this one is going to take a considerable amount of time and resources. Something to consider, based on news and rumors, is that the well was sealed off. If the well was concreted, there’s likely going to be something down there. Why else would anybody go through the expense of completely sealing a well?

There is also the fact that the daughter is admitting to helping, as a juvenile, to hide bodies. Nobody is going to make up such a salacious claim without being guilty or suffering mental health issues. In time, we may learn that Donald Studey was the most prolific serial killer of his time, perhaps rivaling Bundy. It makes sense. Sex workers don’t have a family to look for them if they disappear, half having already disappeared and some too ashamed to go home. Studey’s daughter indicated they were mostly sex trade workers. Sad, but perfect targets.

More stories from Jason Ray Morton and writers in Criminal and other communities.