by Michael Z. Atrata 2 months ago in fiction

Can you ever really know someone? 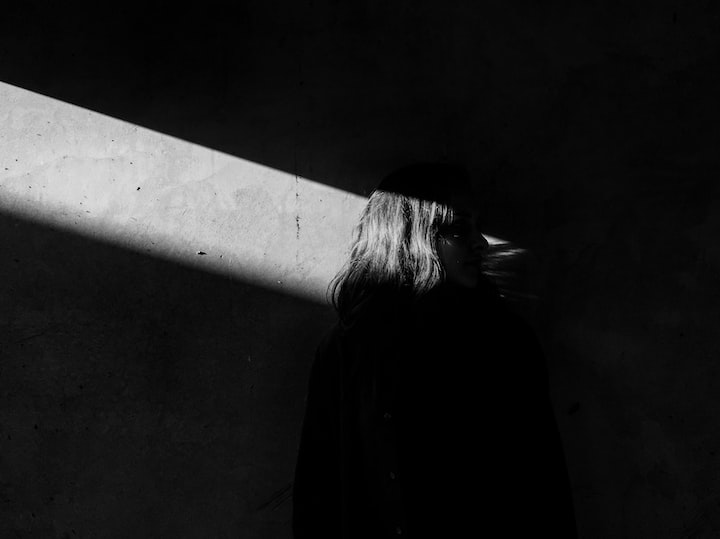 Photo by Kaylah Matthews on Unsplash

I was on the phone with her when it happened. Christ! I heard it happen.

I finally finished a huge project and sent the proofs to the Art Director and settled in with a cocktail in front of the tube when my cell ringed. “Hey,” I answered.

The car engine droned behind her voice and I knew she was driving. No big deal, we were very diligent about hands free. “Hey, babe. I’m gonna be a little late tonight, last minute meeting. Getting some dinner out first.”

“K,” I paid more attention to the Netflix selections.

“Can you see if my black book is on my dresser?”

“Yeah, hold on.” I sighed heavily, put my drink down on the side table, heaved myself off of the couch, and shuffled to the bedroom.

Her dresser was a disaster with dirty bras and underwear strewn all over, socks, old lunch receipts, and a few pieces of jewelry. I sifted through the ocean of used panties and found her little leather-bound notebook.

From the phone I heard some high-pitched sound; I couldn’t tell and will never know if it was squealing brakes, screeching metal, or her scream. Then there was a sickening crunch.

It went on like that for several minutes, I think, before I ended the call. I wanted to call 9-1-1- but what the hell would I tell them? I didn’t even know where she was. Maybe they could triangulate her phone for a location or something?

I called back but it rolled to voicemail. “Elyse, are you OK? Call me back. Please.”

I made a bee-line to my drink and downed it. “Shit. Shit.”

The deep voice answered, “Is this the emergency contact for...” there was a pause and some shuffling, “...for Elyse Torres?”

Blood drained from my face and my stomach lurch. “Yeah. I’m her husband, Charlie. Carlos.”

“Mister Torres, this is Officer Calaway, responding to the scene of an accident involving Mrs. Torres. She is being taken to Presbyterian Metro Medical Center. I’m not sure what her condition is but luckily the accident happened near a fire station and they got her out of there pretty quick...”

The last thing I remember was driving into the lot at the hospital. I realized just then that I had no memory of the actual drive. I even looked down to see if I put shoes on; I did. The black book was still in my hand, it was distorted from pressing it around the steering wheel as I drove. The leather was slick with sweat. I tossed it on the passenger seat and got out of the car.

In the E.R. I told the front desk who I was, why I was there. “Yes, Sir. One moment please,” and the receptionist got on the phone and told somebody in the bowels of the building that I had arrived.

I paced around the lobby for what seemed like a thousand years but who knows how long? I heard the automatic double doors open and looked over. Two people exited, one a white-coated doctor and the other a police officer. The cop was a big man, six five easily. I caught his eyes and they were tinged red. He did that friendly frowny nod you do at funerals, usually to the loved ones of the deceased. I caught his name tag; Calaway.

“Mr. Torres?” I looked over to the doctor. Her face looked to be that of one in her late thirties, all but her eyes. They were a thousand years old. “I’m Doctor Lambe. Look there’s no good way to do this, I’m sorry but your wife was killed instantly in the crash.”

“Hit and run.” The big cop was still there. “The other driver ran the light and broadsided her car. They drove away, but don’t worry, Sir. Cameras on the traffic poles caught it all. We’ll get him.” He gripped my arm. “Wife and three kids at home. I can’t even imagine...”

The universe tunneled. I caught words about how they worked on her the entire time in the ambulance and in the E.R. but the damage was done. They assured it was painless.

At some point I found myself in the cafeteria sipping coffee. In front of me was a bag containing Elyse’s things. I dumped it all out on the table; wedding jewelry, phone, shoes, a few dollars in cash, and some work papers. I glanced at the papers, lists of names with account numbers or something next to them. I rolled them up and just gripped them, trying to hold onto myself.

I picked up her phone and woke it up. The screensaver was a picture of us in Mexico, at the beach, happy. That’s the first time I remember actually crying. The past reminded me of an erased future, and a constant present. Grief was about to completely possess me when curiosity held it back for a moment.

I saw the icon for a new text message, so I read it; Goddamn right we are! “

What the hell?” I didn’t recognize the number.

I scrolled back to the beginning of the message thread, there wasn’t much there. She texted someone; what time?

After this we’re done!

Goddamn right we are!

Just then a hand gently took the phone from me.

My head jerked up and standing there were two well-suited middle-aged people, a white woman with very short blonde hair and a man who kind of looked Asian but his skin was very pale and his eyes blue. Both were scowling.

The woman sifted around Elyse’s things on the table. “Just this stuff?”

I just stared at them.

“Hey? Is that all?” the Woman impatiently repeated.

The Man clicked his tongue; “I’m sorry, Sir. I’m Agent Reynolds, F.B.I.” He produced a badge and I.D. then nodded at the Woman. “My partner, Special Agent Williams.”

They sat down across from me. Williams spoke this time, “First of all of course we’re sorry for your loss. We’re used to coming at bad guys so, sorry for my tact. And just so you know we have agents at your house.”

Reynolds pointed at the rolled up papers, “What’s that?”

I don’t know why I said it, probably because they pissed me off. “Hospital shit.”

Reynolds handed to phone to Williams and then gestured to the stuff on the table, “That’s fine, you can take it.”

Williams; “Do you have any details about Mrs. Torres’ work?”

Williams; “Yes but do you know exactly what she does?”

“She’s a lawyer,” was all I could manage. I have no idea what she actually did day-to-day.

Reynolds; “What do you do, Mr. Torres?

The Agents looked at each other. Williams shrugged.

They got up and walked away, Williams fiddling with the phone.

Her phone, her call, the last one ever. I’m gonna be a little late tonight, last minute meeting; can you see if my black book is on my dresser?

I stood up and put the jewelry and cash in my front pants pocket, picked up the shoes and quickly left the hospital. I felt strange but thankful that crushing grief was abated, even for a just few minutes.

In the car I sat behind the wheel. An ambulance screamed its way into the lot and the back doors flew open. In my mind they scrambled with the gurney holding my dying Elyse, my dead Elyse. In my mind I was her, being rammed by an unknown demon as she waited for news of her black book. Did I distract her? Was it my fault? Was it her fault for calling? No, Calaway said it was hit and run, monster ran the light. It was his fault alone. That’s something, I guess.

I remembered the screech, the crunch. I started shaking, gripping the rolled papers tighter. I looked over to the passenger seat; Can you see if my black book is on my dresser?

It was mostly empty but for a few notations here and there. Finally I found a page with that day’s date and an address, and a time; eight pm sharp.

At eight oh five I arrived at the address, a movie-theatre, nearly empty on a Monday night. Was the meeting inside? Was she seeing someone and the movie starts at eight?

I drove to the last row of spots and parked. The grief started to creep up again.

A flash of light to my left. I looked over. Another flash; headlights signaling... me?

I flashed mine, then another flash to me. No, not to me. Elyse.

I drove over and parked next to a Mercedes sedan. The driver and passenger side doors opened and two men got out. They were well dressed but their hair and faces...there was something lower class about them. Their skin was bad, the hair greasy and their eyes...a thousand years old.

One of the men hunched down to look into the car, “Where is she?” He straightened up and they both looked at me.

“Who are you?” the other asked. He at least completed the look with a tie. A nice tie, too.

“She trusts you with this shit?” the Huncher spat.

They look deep into my eyes that I’m sure looked worse then theirs. Then they looked at each other just like the Agents did. Tie shrugged and turned to me, “Got it?”

I didn’t know what the hell he was talking about but... “Yeah.”

They stared at me more. “Well?” Huncher was impatient.

“We have the money,” Tie reassured and tapped Huncher on the chest.

Huncher reached into the Mercedes and pulled out a gym bag. He unzipped it and held it open, bricks upon bricks of cash. He zipped it back up. “Well?”

I reached over and grabbed the rolled up papers and held it out for them. Tie snatched them away, unrolled, and began looking them over.

Huncher looked over his shoulder and they started speaking to one another in some Slavic tongue. Weird, they didn’t have any accent in English.

I was expecting them to throw the papers back at me and demand what they really wanted. I realized these were bad guys. I realized they could probably kill me without a thought. My mind saw them pulling guns from their suit jackets and shooting me dead in my car.

Huncher threw the bag in the window and it landed on the center console then flopped over onto the floor.

They got back into their Mercedes and sped off.

The bag contained only the cash. I sifted through one brick, all twenties, a thousand dollars worth. There were twenty bricks.

I thought ahead to the next couple hours and days. I’d have to tell Elyse’s parents, tell friends, contact a funeral home, and do whatever else one does when a loved one dies and you have barely understood it all. From sudden death to burial would take but a few days. It would last a thousand years.

Then I’d have to find out who this person was. My wife of fifteen years.

Elyse, who are you?