A Night In The Woods

by Martin Jones 6 months ago in fiction

"I guess the only time most people think about injustice is when it happens to them." - Charles Bukowski 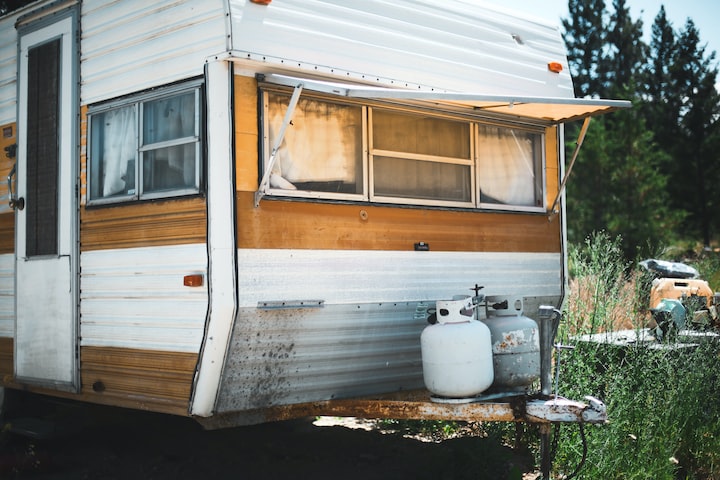 Photo by Isaac Moore on Unsplash

It was three in the morning when Dan got home drunk after his shift at The Greasy Hog. Fumbling for the keyhole on his old rusted yellow trailer, he wondered in his inebriated state whether or not it was worth keeping the damned thing locked. The old doublewide had been passed down from his father, held together by years of layered duct tape. Even if money wasn’t a problem he would take a run-down shack in the woods over being in the city.

“Gotcha” he grunted as he turned the key and walked in.

A gush of stale air from a box fan charged at Dan. A concoction of musk and mold topped by lingering cigarette smoke that caked the now mustard-colored walls welcomed him home. The crusted, shaggy, beige carpet crackled as he walked straight to his favorite recliner. Brain in a fog, he pulled the coffee table closer, lit a Virginia Slim from the pack by the ashtray, and opened the window to enjoy a symphony of crickets. Time slipped in and out, gauged only by the state of the cigarette. Dan opened his eyes and noticed headlights swaying through the trees.

“Who the hell is out there at 4 in damn mornin” he said groggily, glancing at the microwave clock.

As quick as the lights appeared, they were gone. Curious, he relit the cigarette in the ashtray, grabbed his flashlight and his dad’s old shotgun.

Darkness loomed over the woods with only the moon and his light guiding the path. He walked through the trees toward where he saw the car. Even drunk, Dan knows these woods better than he knows himself. He grew up here after all - aside from the times he wasn’t sitting in jail for a bar fight - and for thirty-two years, the trailer was home. Twenty minutes had passed when he noticed a deep crimson glimmer at the base of a tree.

Cautiously, he crept slowly, closer to the tree. As he grew nearer, Dan thought the blood grew thicker. That's when he saw her. Head laying on exposed roots, she was dressed in a red tank top and jean shorts, looking back hauntingly with bright green eyes. A mix of fear and adrenaline diluted the bourbon that was flowing through his body. He checked her pulse, her skin felt soft and lukewarm. Foreign to him, the sweet floral odor of her perfume drowned away the stench of alcohol on his breath. He could feel the warmth of life slipping, her body growing colder on a hot Tennessee night. He closed her eyes and looked around. Walking along the gravel road, a candy cane ribbon played peekaboo behind an old oak tree.

About fifty feet from the body laid a small box, wrapped in brown paper and entwined with the most elegant candy cane ribbon that Dan had ever seen.

He picked it up and shook it like a seven-year-old under a Christmas tree. The contents felt small reminding him of playing Yahtzee with his brother and the other kids every Sunday after church. On one knee he rubbed the ribbon slowly, looked around, and took the box.

Dan sat in the living room, staring at the package that now towered over the room. It was out of place sitting on a coffee table that had suffered years of abuse from sweaty old beer cans. He contemplated calling the police to report what he had found, but he didn’t feel like debating the legality of drunk driving with a suspended license.

“It’s unfair to her.” he thought out loud.

A hum of the fan and the popping of lit tobacco are the only sounds as he took another drag of the cigarette. As the sunlight started to break through the trees, he looked at the mirror in the corner of the room. Brown eyes perched over a dark sagging sack of flesh returned his gaze. Sweat lingered within the pockets of his acne-scarred face and for the first time in a long time, he knew he looked bad.

“No more drinking.” he burped, pointing at himself in the reflection.

He continued to wobble while watching his reflection, making faces that made him cackle. The adrenaline began to fade away and for a brief moment, he forgot about the girl lying alone in the woods. He looked back at the package on the table; the smile faded. Leaving the box, he stumbled back to his room and went to sleep.

It was just after three in the afternoon when there was a knock at the door. Dan woke up sober, but hungover.

“What do you want!” He yelled.

The name echoed into his bedroom jarring him out of bed. Memories of last night were scattered, but he was able to string together a series of events. A mouth full of cotton, his head pulsed like the rhythm of an engine while the pain kept beat. He put on his shirt and pants and took a detour to the bathroom for a swig of mouthwash.

Sheriff Mike Reed isn’t intimidating at first sight. Anybody that goes to the gym even once a week can take on the five-foot-five red-haired man in a fight - but the swagger he carried made him terrifying. He spent his first few years after college in the FBI but decided to hang up his boots as a Fed to go back to take care of his dying dad. Mike's been working for the county ever since.

Dan’s had plenty of run-ins with the Sheriff and his boys over the years. Between getting busted twice for drunk driving and a few friendly disagreements with people that, at least to Dan, deserved it. They didn't care for each other much.

Dan opened the door, hand over his head shielding his eyes from the sun.

“Sheriff” Dan said sarcastically, looking and sounding as awful as he feels.

“Dan, did you see anything last night?” Mike asked straight to the point.

Dan felt his heart flutter, he took a quick glance around, the sheriff was alone. Even Dan could read this room; he knew they had found her.

“Nope, I left the Hog at two, got back and passed out. Didn’t see shit. One too many last night. Just ask Sarah. She closed up.”

“The Greasy Hog? You were at work?” Mike replied taking his notepad and pen out of his breast pocket.

“Did you drive?” He followed up with the tone of a disappointed father.

“Never mind, I don’t have time for that right now.” Mike quipped.

“What’s wrong?” Dan asked with intrigue, grateful for the reprieve.

“The Smith’s were out here hunting this morning. They found a girl in the trees not too far from here.”

“Jennifer Sherman, We’re going to make a formal announcement this afternoon. We finally got a hold of her mom. Poor girl was only nineteen.” Mike answered solemnly.

“Is it too much trouble you for some coffee? It’s a bit of a drive back into town and I got a long day” Mike asked as he put his notebook and pen back into his pocket.

“No problem, I need some too.” Dan replied walking into the kitchen.

The screen door screeched to a slam behind him as Mike watched Dan disappear from the doorway. Through the holes in the screen, he noticed a candy cane ribbon.

“Hey Dan, I ate at the Hog the other day. Sarah told me you went to Nashville last weekend? How was the trip?” Mike asked, getting a better angle to peer into the doorway. The paper box hadn't moved from the night before, an arms reach from the shotgun leaning on the couch.

“It was alright, only saw my brother when he wasn’t working. Other than that sat around most of the time. I hate going there. It ain’t what it used to be. Full of liberals and nine-dollar coffee.”

Noticing that Dan was in the kitchen with his back turned, Mike took a quick picture of the box from the doorway.

“I need to get my thermos, I’ll be right back.”

Mike walked to the squad car, dialing the phone.

“Hey Lisa, remember the case you were telling me about on Monday?”

“Yeah, I have a meeting with the lead homicide detective down in Nashville today. Gonna’ give him an update from the lab.”

“Check the photo I just sent you.”

Seconds that felt like minutes went by. Mike stared at the old trailer shaking his head.

She hung up without a goodbye. Mike sat in his car watching Dan pace in the living room, let out a long, deep-drawn sigh, then reached for the radio.

“684 10-4, All available units to fourteen Sierra Way, suspect is considered armed and dangerous.”