This is our first story. The word/ theme was “question”. If you'd like to hear the song we made for this week, check out our bandcamp: https://lockedcontent.bandcamp.com/ 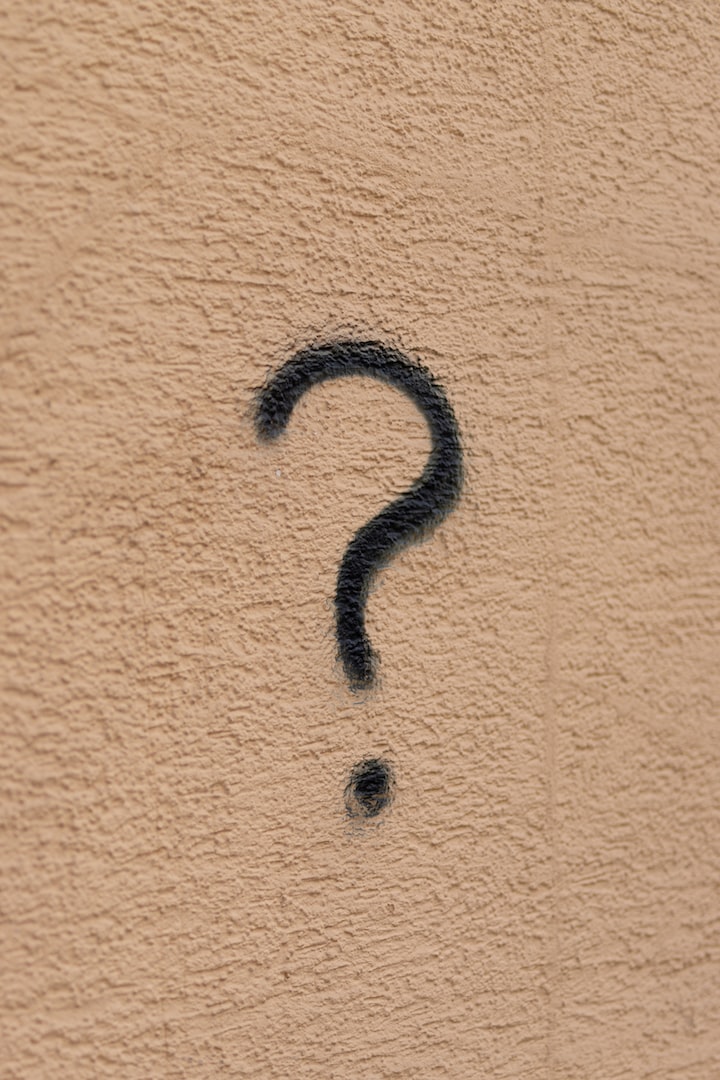 Growing up, I was a curious child, always asking the tough questions that adults around me seemed too afraid to ask. While most other kids’ first words were some variation of “mama,” or “doggie,” mine were, “why should the egregious criminals of our fair borough be allowed to live? What acrimonious god would allow such malady to persist?”

From a young age I was very aware of the decay of society. My parents began filming my woeful rants, projecting them onto the internet for fame and meager profit. I was heralded as a prodigy by some, and sneered at like a side-show freak by the rest.

Never given a chance at privacy, my origin story had been set in motion before I had any choice in the matter, preordained by my genius and exploitative birth-givers. But still, I couldn’t help but question the offences I witnessed: poverty, homelessness, injustice, and the hate and violence that ensued.

I decided to brand myself, give myself a name that encapsulated my distrust of society, sparked debate, made me more than any man could ever hope to be. I went online, onto the forums and chat-rooms, onto the vile comment sections of my parents’ cringe-worthy videos and declared: “I am THE QUESTION, and the things I ask will cleanse society.”

Late into the night, I prowl the world wide web, searching for, and standing up against trolling, rudeness, and misdeeds in all forms. It is 2:35am and I am currently in a confrontation with a cretin calling himself Chad_Killer69.

“Such abhorrence,” I enunciate into my voice- to-text mic. “Do you believe your insolence to be advantageous?”

“Nice name, tHe QuEerstIoN!!! Ffs. Ur name should be ThE tHeSaUruS, you fuck!” Typical reply from a simpleton who names himself Chad_Killer, just because he can’t grasp my prowess of the English language. He seems to revel in being a bully, though. More so than any foe I’ve encountered in a long time.

Frustrated, I turn my gaze up from my computer screen, contemplating my options. I run my fingers through my warrior’s beard, stroking the natural oils through each luscious strand.

Suddenly, my eyes catch a metallic glint coming from above my computer. I squint lustily as my beautiful darling reveals herself, glowing in violet-blue light.

I smile at my love,

and she smiles back. She is O-

dachi, on my wall,

Suddenly an idea comes to me. “Chad_Killer,” I speak into my mic. “I challenge you to a duel of blades. Swords at sunrise, in 3 days’ time.”

That should shut him up. There is no way he would agree to an irl battle.

His reply takes a minute to arrive, but his acceptance of the duel is plain. “Lol, fight me. i’ve tracked your IP, dipshit. We live in the same city. Meet me in the alley behind the west-end MoneyBrand© FoodMart™ at sunrise on Thursday. I’ll kick ur ass lmao.”

My diaphragm involuntarily contracts, and I inhale deeply. Despite my VPN, despite my ninja-esque lifestyle, Chad_Killer has managed to find me! His villainy and genius must be greater than I had ever anticipated.

I pinch my chin between my fingers.

I have long anticipated this event, and so I have committed myself to training. I have lived by the blade, Odachi, for three and a half years, and it appears today the time has now come to apply my skills. And I promise myself that I will live to see my rival weep long and deeply, for he will know defeat!

It is nearing 5am when I don my newly-purchased outfit: a strikingly black cloak and hood, covering myself and my beloved Odachi in darkness. I check the mirror, ensuring my appearance is adequately enigmatic before exiting my apartment.

I walk quickly and with purpose towards the west-end MoneyBrand© Foodmart™. The streets are virtually empty, and I hope no one reports my jaywalking, but I am too focussed to wait at empty intersections.

I approach the store, and right turn down the alley. I don’t immediately see any signs of Chad_Killer69, but it is not yet sunrise, so I decide to give him time to arrive.

I wait, sitting enveloped in my cloak, and I begin to meditate, my sword laying polished and gallant on my lap.

In my meditation, I enter a cosmic vision. I see myself, charged with atheistic energy, facing down my opponent and slaying him in a fell swoop. Voices in my head are ringing out, telling me my destiny had always been preordained, always leading towards this battle of colossuses.

I open my eyes, as if by instinct. A figure has appeared at the alley’s entrance, and I can tell it’s a man of above average height. I do not fear, however, as my sword nullifies any possible advantages the adversary may have.

He moving hesitantly towards me, “You got the stuff?” he spouts in a raspy voice.

“So you are Chad_Killer?” I declare, looking up from my cross-legged lotus pose.

“I sell a few things: balance, justice, harmony among them. The price is sometimes steep, though.”

“Sure, yeah whatever, that all sounds good. Just give ‘em to me.”

“I’m whoever you want, just hurry up dude!”

I smirk, and rise to my feet. “Do you wish to draw your blade first?” I ask him. I only think it fair to give him a fighting chance.

“What the fuck are you talking about, hurry the fuck up!”

“Very well.” I cry my name, “THE QUESTION!!!,” as I lift my massive Odachi, turning her gleaming point to his face.

There is fear in the troglodyte’s eyes now, and I smirk as I am watching the tables turn, witnessing the wheels of justice spin. I drop to one knee readying my blade, then in one swift motion, stand and slash my blade upwards along the cretin’s left side. His arm goes limp, and his sweater is quickly staining red.

“One less transgressor,” I smirk as he crumples to the asphalt, moaning in pain. “The streets are safe.”

In a near instant, however, I begin to hear sirens. Cars peel into the alley, the flashing of blue and red quickly permeates the graffiti-tagged walls.

“It’s okay, I have slain the evil within!” I declare as the police exit their vehicles, screaming at me.

They instruct me to put my weapon down and raise my arms, and I do as I’m told. The police aggressively cuff me, shoving my slight frame the back of an unmarked cruiser.

Clenching my blood-crusted hands into fists, I watch them carelessly throw my dear Odachi into another car.

“Officer,” I say, leaning toward the front passenger seat where a cop sits wordlessly. “My sword is very precious to me. Please tell your colleagues to treat her with respect.”

The cop in the passenger seat turns around. His eyes are deep brown, almost black. He is staring into my eyes, but his focus is far away. He appears to be in shock, but from what, I cannot say.

“You are in awe of my mastertise with a blade?” I ask him, cocking my head to one side.

“Kid, look,” he says. “You just assaulted and wounded an undercover cop, who also happens to be my best friend.”

“No officer,” I say. “That man I felled was a scourge on society, a beast that calls himself Chad_Killer69. He was a sinister creature, and his death is an alm upon this neighbourhood.”

“He’s not dead, you idiot,” replies the cop. “You just cut his arm up pretty good. He’ll probably get paid leave. You, however, are fucked. You’re going to jail for a long fucking time.”

I lower my gaze, shadowing my brow beneath my dark hood. I grin, knowing my genius will never allow me to end up in prison. My questions, my debates, and logic will surely outsmart the police, just as they had outsmarted Chad_Killer69, and all others before him. And when I’m soon free, when my dearest Odachi is returned to me, and I receive my just accolades, I will hit the streets again, purging it of the Chad_Killers, one by one.

Through this ordeal, though, I admit I have learned one lesson. From now on, before striking the killing blow, just to avoid unnecessary complications, I must always ask the reprobates one question: “are you a cop?”

Hello! This is a creative project between two friends. Each week we choose a random word to use as a theme. One of use writes a short story and the other makes a short song. We alternate jobs weekly. https://lockedcontent.bandcamp.com/

Receive stories by Lock'd Content in your feed
Lock'd Content
Read next: Reason First: A Tale of Two Delaware Areas