The Only Words said, that would make you feel unsafe, when you already so feel unsafe. Part 1 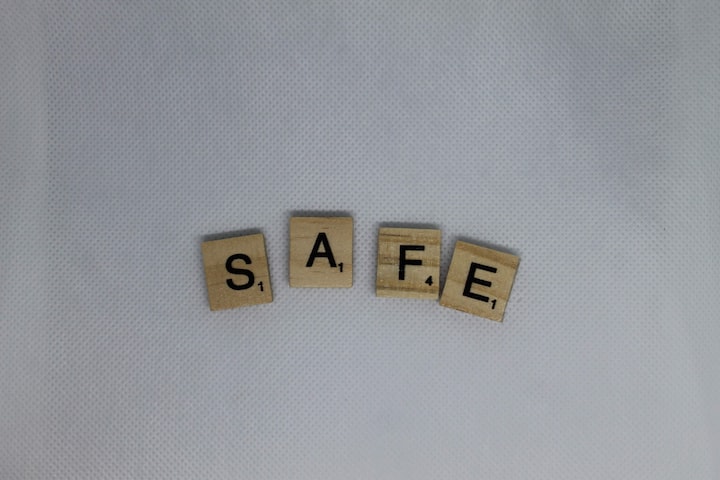 Photo by Clarissa Watson on Unsplash

Trying to make sense of the things happening around me, as well as too me. I reach out to someone, who knows this place isn't safe. I mean he wont even come here, add in all the extra weird things that have developed, and there is no way the person I know, would believe I am safe. Plus who cares about anyone's opinion, me not feeling safe is enough, I don't need a co-signer for my feelings.

Then to prove my point, I wake up the next day, anesthetized. Completely, there has been signs of it going on, for a week or a little less than a week. Then on January 12th, 2021 it peaked, and I woke up, non coherent, and all of my organs on the inside hurt. As if the were inflamed, and there was nothing I could do about it, but be the drowsy, drained person I felt like.

I just slept all day, and the fact that 3 days prior someone, who forced me to depend on him in this lie I am also being forced to live out. It goes on and on and on, it only effects me in certain ways, the lie of a decade at that time, going on 14 years now, maybe 15. Should of stopped, Sept. 4th 2016, I won't forget to mention that the only other person of "trust" in my life, as he is a form of trust to many others. However, he has made himself the only form of trust in my life, and I don't even trust him, and he is my sole and only doctor. It is as though he keeps it that way also, even though I know I need another type of care, type of doctor, and he also knows I need another doctor, but will block or mock any other form of doctor I end up finding. What a world to live in, when you can't trust your own doctor, and he won't even let you move on or forward to another form of care.

This twisted story, also forces it's delusional beliefs onto me. The doctor who knows I am not safe, and must play a part in it, since I can't reach another kind of doctor more than once, until it is interfered with, first mocked though. As he tries to convince me I am safe, even though after I know I have inhaled chemicals that I didn't want, ask for, and all they do is hinder and hurt me.

I know he see's the chemicals in my urine, I see the chemicals in my urine. I am not eating a ton of asparagus, nor am I doing drugs, and literally only drink water. To have obvious, to the untrained eye, appears to be de-hydration. I wonder what it looks like through the eyes of a doctor. In fact all I do everyday, since stripped of everything that brings me joy, as far as the sugar inside diet soda, and my coffee has some kind of poison in it, after the first time was just fine. As the pattern gets clearer and clearer, the fact is, all I do is exist and drink water, and go on walks when I feel up to it.

That is my life, no social interactions, because I can no longer entertain, what I know is a lie. Therefore it is just little old me, existing in a bedroom, the size of a bed, smaller than a hotel room. Even though I have my own life and my own money, to live how I want to. That is one of the truths that people chose to ignore, and I can't anymore. I will not give up myself, so people who don't even include me, or that I even like, can go have fun at my expense. At this point, the expense is my daily living, I wonder everyday, why do I exist like this? My free will had enough of this exact living in summer 2020, so I can't die the only way I would go, peacefully. Well apparently I can't even do that without someone ensuring I don't die, then have me in a world that makes me want to die, if I had a choice, living this way, or death. I would chose death, I am incapable of living this low vibration, no peace and all weird energy, that shifts around me, connection less. I read energy incredibly well. Not sure if that is a good thing yet. These people, who try to convince me I am safe, when the truth is, I am not safe mentally, if I don't want to be alive, they must be doing drugs to believe that this can even be a reality, for as long as it has been.

I however am not one of them, no matter how hard people try to make it seem like I am, I simply am not. Pretty exhausting being forced to live a lie like this, I didn't become everything I am, because I had no ambition to be better. It simply doesn't add up. My doctor mentioned something to me once, and I noted in my brain. He insinuated that the opposite drug that I was there being treated for, was my drug of choice, and it was an insult to myself kinda, it seems like this time together, he hasn't gotten to know me at all, but does act like he did, but I don't think he has. He allows things that shouldn't be ignored, be ignored.

I know and he knows he could just put me first for a bit, I notice the difference between them, and not one of them puts me first? Dang, not the kind of doctoring I am used to, or want.

It's going to be ignored, me becoming aware, and now vocally aware, I have noticed a pattern and noted it, but also ignored it, I can't force him to be someone, he isn't. My life changed to the point of no return, after September 4th, 2016, but he refuses to acknowledge it, or see it all over my whole being at this point, the toll it's taken. After all, people are going to see you how they want to, instead who you actually are, sadly now he has fallen into that category.

Safety.. to be continued

I am me Amanda Nissen/Champion

Just someone with a lot going on in her life, currently it's not as positive as my life usually is, but I am writing my way through it. After all nothing lasts forever..

I am hoping for more positive creations, and not true crime issues.

More stories from I am me Amanda Nissen/Champion and writers in Confessions and other communities.