When The Fish Can't Find The River

by Dane BH 11 months ago in Childhood 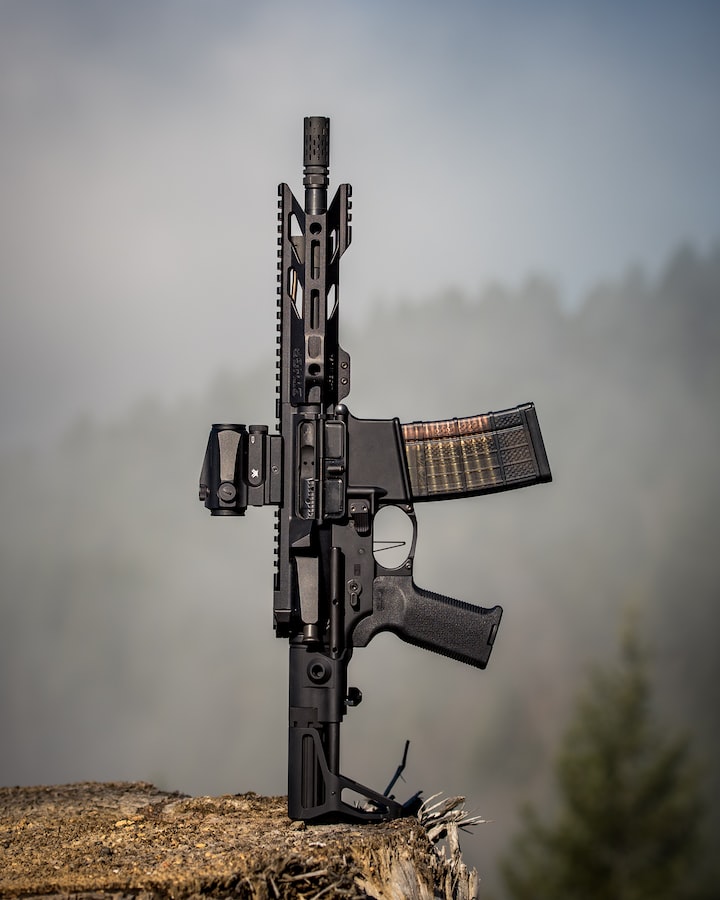 Photo by STNGR Industries on Unsplash

I have never held a gun.

I didn't grow up in gun culture. I didn't live in a place where kids played sanctioned hooky on the first day of hunting season. No one I knew had a gun safe in their house, a rack on their car.

Yet, we were all obsessed with guns, for a time.

It was the late 1990s, and school shootings were one of the biggest stories of the day. Jonesboro was the first one I remember. A child pulled a fire alarm, then shot his classmates when they gathered outside.

Columbine followed, and with it, the media craze around misfits, outcasts, and outsiders. Suddenly, I wasn't just, "bullied," or "the strange one."

I was a misfit. I was an at-risk youth. A gasping fish with no way back to the river. The adults suddenly had names for me that hadn't existed before, and the kids followed suit.

In the wake of Columbine, kids followed me through the halls of my middle school and interspersed their laughing and taunting with shouts of "Are we next? You gonna shoot us up?"

The principal was worried enough that she started inviting me to sit in her office at lunch. I almost wasn't allowed to attend an overnight field trip because of safety concerns. With the adults, everything was couched in euphemism, but it was the same question - was I next?

I had no access to guns. By that point, I had no desire for revenge. I wanted to get out and away. I hated myself more than my classmates.

It comes back to me every time - visceral. clear. I remember.

Some kids went the opposite way - turning sickly sweet when I got near them, their fear and guilt evident under the veneer of fake pleasantries. The proto-walk-up-don't-walk-out crowd. Perhaps they'd been instructed to be nice to the bullied girl. That was easier to see through. More insulting.

For my part, I was equal parts sullen and reactive. I was as likely to retaliate as I was to hide. I fed into the dynamics of our tiny school; I played my role as belligerent outcast. Even when I was invited back into the fold, to re-join the water I'd swum in all my life, I refused. Why risk the rejection again?

I could never understand why, though, they couldn't see the absurdity of me with a gun. Perhaps it was too hard to imagine the realer possibilities.

Perhaps they only needed a way to ask the question that so desperately needed to be asked.

As teacher and parent, the sharp cruelties of children live in my day-to-day existence. I try to do better by them than I had - I don't shush children when they're cruel. I draw it out, let it hang in the air for examination.

"Let's talk about why that just came out of your mouth. Let's look at what's behind that name, that statement, that threat."

It's not the child's job to figure out how to better fit in - it's my job as a teacher to build a space in my classroom for kids to thrive. Where their behavior is approached with a sharp curiosity that supports learning over mastery. Where we acknowledge that we're all works in progress.

I look for those kids, those fish out of water, and I try to steer the great river of my classroom towards them. Listen, my friend: you belong here, too. I try to find the things they're best at and carve a space in my class for them to thrive.

In my class, we say: the sharks are outside our community, not inside. If we swim together, we are bigger than them.

In my class, we say: there is room enough in this ocean for everyone to swim.

In my class, we say: we make space for those who need it. Whatever shape that takes.

The only thing I ask is that they trust the water around them. That they trust me to keep it flowing. That when the whispers, stares, and open threats begin, I can guide them back, remind them of what matters:

we swim together in the face of sharks. All of us.

More stories from Dane BH and writers in Confessions and other communities.