"What I learned from my mother, mother hen and prayers about Survival"

by Philip Ebuluofor about a year ago in Humanity
Report Story

Attitudes of a fighter. 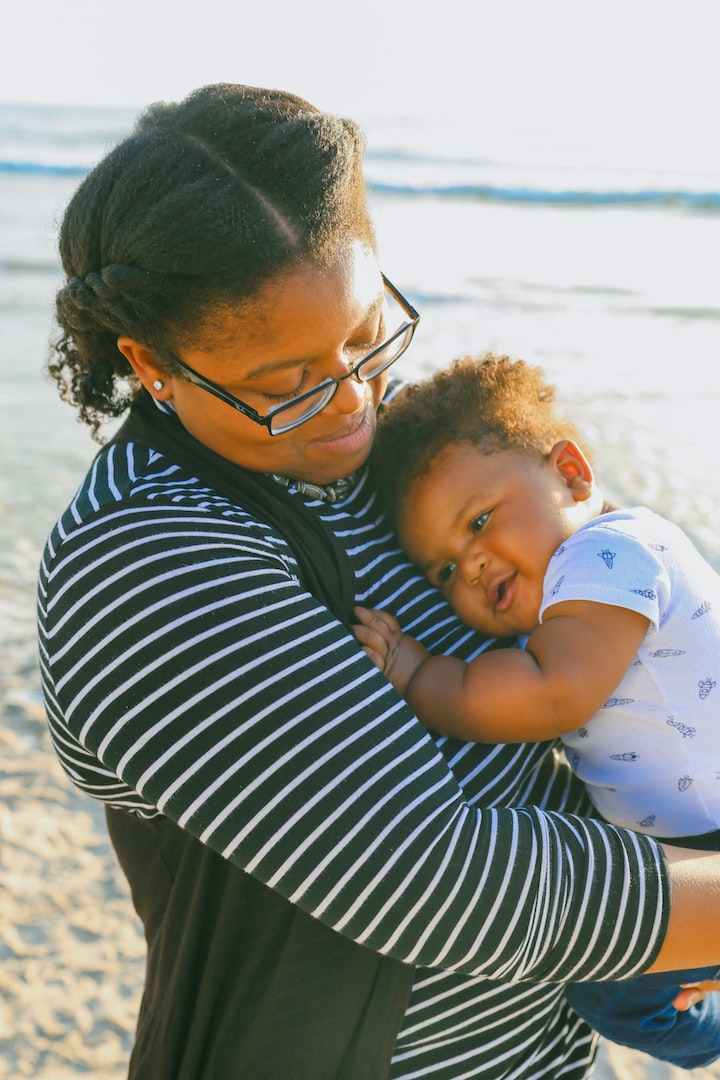 Photo by Larry Crayton on Unsplash

W “What are learned from my Mother, Mother Hen and Prayers about Survival”

Years ago, when I was in secondary School, I was standing on the veranda of our flat looking outside. There was this mother hen with about 8 chicken picking food here and there making those throaty sounds mother hen with new born all make. Adjacent to our building was this empty land with a plan tree standing in it. A hawk was on it monitoring the mother hen and her kids. I never paid attention to the hen and her kids even though I noticed them but I never noticed the hawk.

I believed that hawk must have been monitoring the mother hen, waiting for the right moment to strike. Suddenly, I noticed a shadow through the corner of my eye and I had flapping of the wings and the hen throaty noise increased. I followed the noise and there was the hawk with it’s head pinned to the ground by the mother hen fighting for his life. The noise attracted the attention of the people and when the hawk finally freed it’s head, it doubled speed in its escape.

It reminds me that it was exactly how mother’s react when it comes to the issues concerning their wards and it reminds me too that the escape of the hawk was how sin and temptation escapes if challenged. I am yet to see any mother that don’t want the best for her kids. Even ignorant mother’s never believed that they are ignorant, even with their wrong advice and influence, they meant good. They believed that they were doing the right thing. That’s reason you would see some giving wrong and right advice at the same time.

Above all, no one can give what he or she doesn’t have.

I will narrate to you another experience I passed through during my teen years. I attended a burial ceremony with my parents at my village, the youths were showing how annoyed they were by matching around in pretended anger, stamping their feet here and there and knocking down small trees nearby. My mother later wanted to know why I didn’t join them. She advised me to follow my age mates in whatever they do for it was a sign to the others that I am not a weakling. That reason exactly as believed by the tradition of the people is reason why others join in what they don’t agree with just to show that they are not weakling.

As I mature, I considered that advice and others of the same kind to be wrong. It was influenced by outdated culture that has no meanings and most mothers believed without questioning the correctness of it and enforce them in their kids.

On intimate level, I equally remembered when I got admission into tertiary institution, the advice my mother gave me was to remain with me as I write this and it have somehow became my own personal culture and tradition. She said: “look my son, concentrate on your studies and prayers, keep away from girls and alcohol, you might consider them enjoyment now but as you progress, you will notice that really enjoyment is outside the school walls not inside it.”

To be honest with you, those advice saw me through tertiary education but it wasn’t an easy thing to remain true to at that age and temptation that abound in all book and crannies of the school walls. But I thank heavens seriously through my mother because on hindsight, those advice kept me alive today years after tertiary education.

I realised that prayers if you’re true to it, even reduces the temptations that comes ones way not increase it as some people claimed. You would notice like I did that temptations would for sure show their faces to you but they usually show their back when they realised that their agendas and yours are never the same. I experienced that slot with my drinking buddies and girls during those years.

At times, I will not be invited to the drinking boots for they know already my time tables and personality. Then it was in Vogue to invite your friends for a plate of pepper soup and drinks whenever you returned from family visit for they believed you had money to spend. Drinks and meat were usually the way to show you value them. It was tradition then.

So, my buddies knew that there are lines I don’t cross in my dealings, they respect my schedules.

Do they considered me a born again?

I never thought I was, and I don’t believed they thought I was. I just say my prayers and those prayers was like an anchors that steadied me whenever temptation knocks. So, drinking, women and parties were what I fixed in my schedules if there’s space not the other way round.

I believed that my mom wanted me to be priest that was reason she sent me to live with a priest when I was in primary school. During our formative years, night prayers were a must thing, it was usually said together and we built on that tradition into our adults lives.

I had that ' Child of God’s like image following me around from my secondary days to date.

When I traveled abroad, the image travelled with me. During My days as a free man in Guangzhou city, and when I had problem and entered inside, it was still there in prison.

At times, when I joined in playing pranks, the person would say: 'Even you Tobenna!'.

In prison proper, at times, both the inmates and officers would call me to ask Bible related questions. At times, officers would call me in the telephone rooms and keep me for hours asking Religious questions. I never noticed in me what they saw for we had two ex- seminarians in there. I was learning God through the Christian literatures that abound there and yet, I was being regarded as Pointing.

I had no iota of doubt that it was prayers that kept me alive. Infact, I was intentionally being picked on in prison to test my steadfastness in it, from the look of things, I passed the test without putting any noticed efforts outside the way I structured my prayer life in there.

For a decade, I was subjected to what I don’t understand, it was happening there then made no single sense to me. It was now I realised that they were testing the might of prayers against yellow magic. I was subjected to suffering that made no sense to me, they even said it was blackmagic was invoking through prayers. I ignored them ND kept to my schedules. It brought fear, freed me from the same fear, doubt, confusion, vanity, laziness and informed and assured me in my our of ignorance.

Made me a thing to be feared and courted by my persecutors. It even made me famous among the inmates, officers and even the country leaders. All courtesy of my mother’s advice and upbringing. Pray and pray from the abyss of your heart for there’s immeasurable power in it.

More stories from Philip Ebuluofor and writers in Confessions and other communities.