What are You Doing Under There?

by Julie Lacksonen 9 months ago in Embarrassment 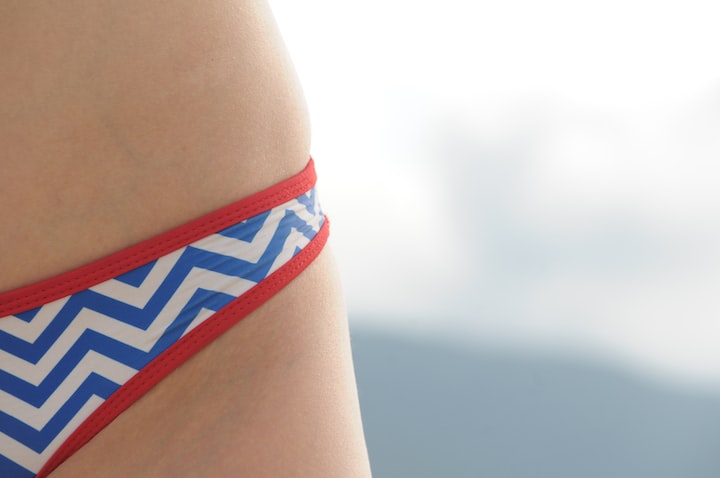 As long as I can remember, I’ve hated wearing undergarments. I don’t like getting wrapped up in pajamas either. Come to think of it, I should probably live in a nudist community. No, my loving friends and family, I won’t seriously entertain that notion.

When I was very little, so my mom tells me, a neighbor came marching over to our house and rang the doorbell repeatedly, insistently. She asked, “Are these yours?” She was holding up a pair of my panties, which I dropped in her garden. Although I don’t remember that particular story, there are other embarrassing underwear gems which I will share for your amusement and potential shock.

When I was probably about four years old, I was swinging at the preschool playground. I was wearing my favorite skirt, which billowed nicely while the swing rushed forward. A classmate yelled, “Teacher, she’s not wearing panties!” Yep, he was right. I’m sure the teachers got a chuckle out of that one. I was too young and ignorant to be embarrassed. After all, I was just enjoying the cool air!

As I got older, I was more cognizant of the need to wear undergarments. I was in about fourth grade when I started seeing red, if you get my meaning. I told my mom, but she thought I was too young. It turns out, since I had eaten LOTS of pickled beets, it resulted in what appeared to be an early start on puberty.

I will spare you the actual puberty-based embarrassing moments. I’m sure every female has one or more of those stories to tell.

One of my big beefs with underwear are the panty lines, especially when they ride up. Ugh! I briefly tried to alleviate the issue by wearing thongs, but I didn’t like the way they felt, and they tended to ride high on the hips. More than once, I suffered the indignity of the panties showing above the waistband. Double ugh!

One morning, I was getting ready for my job as a music teacher. I had band students early, so I was rushing around, finding appropriate professional clothing. I found my favorite light gray slacks, not a skirt. I could get away with skipping the underwear, thereby getting out the door that much sooner. The day was going well. I was almost halfway through, when I had a sneezing fit, allergies being a nemesis. With the pressure to my diaphragm, a small amount of urine seeped out. Come on, you've been there too. Much to my chagrin, since I had chosen the light gray, I could see a dark spot. I crossed my legs and stayed on my stool until my class was gone. Luckily, I had lunch next. I was able to run home and change. I don’t think anyone was aware of my embarrassing situation unless the flaring up of my rosacea gave it away.

My final story also took place at school. Dressing in the dark at home that morning, I chose a cream-colored skirt. I was a good girl and grabbed a light pair of underwear. Satisfied after looking in the mirror, I went to band. Halfway through class, one of my trumpet players, we’ll call him Johnny, asked me, “Mrs. Smith, is it Thursday?” I looked at him in confusion and said, ”No, Johnny. It’s Wednesday. If it were Thursday, you wouldn’t have band.” He smirked and said, “Oh, I thought it was THURSDAY!” There were quiet snickers throughout the band. Undaunted, I finished their lesson and then headed to the bathroom before my second-grade class was due. When you’re a teacher, you take the breaks you‘re given. To my horror, I had not only put my underwear on backwards, but I had also put on a pair I had bought on sale. On my bottom, no doubt showing through my light skirt, in dark letters, was the word, “Thursday!” I turned my underwear the right way around and walked back to my room with my hands shielding me.

I put a jacket around my waist to cover up until I could go home during lunch and get a completely beige pair of panties. From then on, I always thought of that trumpet player as “Johnny Thursday,” although I never called him that to his face. He probably called me, “Mrs. Thursday” behind my backside.

Now that I’m old and wise, I rarely have underwear issues. The neighbor only came over once to return....

Read next: A Late Bloomer Part 3