The closest thing to love in life

by quoc tu phan a day ago in Humanity

The closest thing to love in life 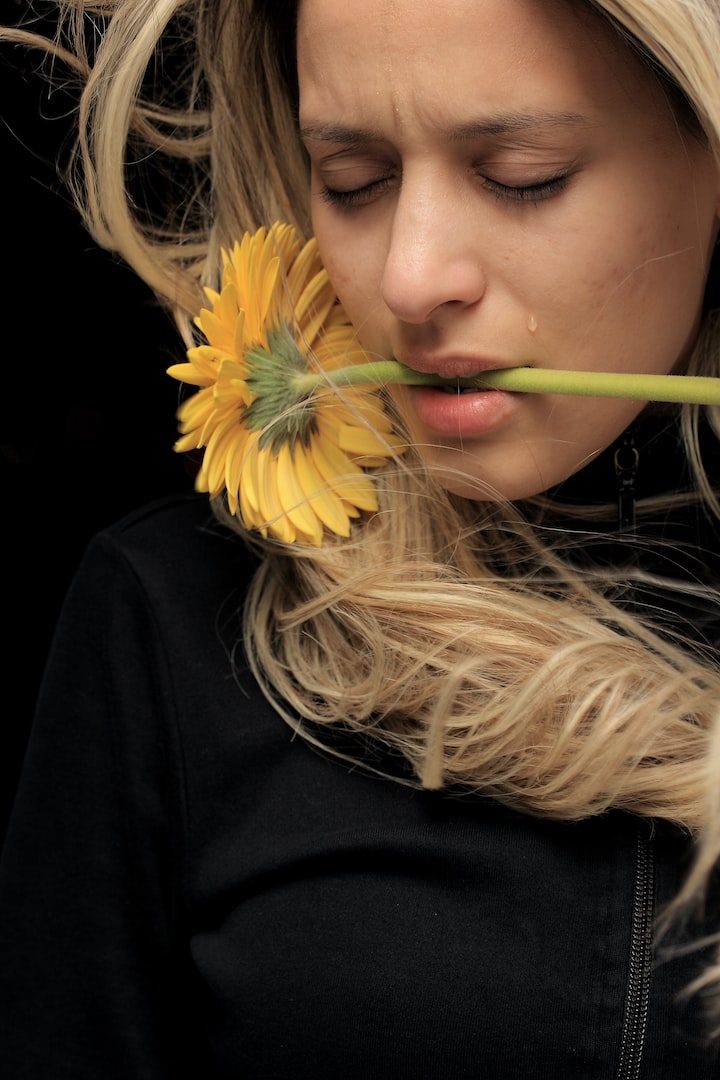 In the summer, MU and I chatted at a barbecue restaurant on Nanjing Road. She insisted on mango and plum chicken. She said Wang jun likes mangoes and chicken best. This dish just strings her love together. Two of us were the first to arrive that day, but the other two were not there yet. I asked Mu Xi, are you King Wang Like? She said, how can that be? If you did, you'd have been together five years ago.

Five years ago, I got a call for an interview and went in with my resume. She told me I was supposed to be your sister in a ten-square-foot office. That was the first time I saw mu Xi, a beautiful girl with a ponytail. Then she took me to the operating department. She introduced me to Wang Jun.

I sat next to Wang Jun for a year, then quit, and we had a barbecue together on Nanjing Road. At that time we were already very good friends, I vaguely know some stories about Mu Xi and Wang Jun, a few years later, their most intimate love is the dinner after graduation. That day, Mu Xi drank a little too much. 'I don't want to practice alone,' she says. 'It's too lonely.' Wang Jun said, "I will accompany you.

Speaking of mu Xi and Wang Jun's friendship, should be from the beginning of military training. It was a bit warm that day, over 38 degrees. In the science of love, it's called the temperature of love at first sight. While standing in a military position, Mu could have suffered heat stroke and suddenly fainted. Just when we haven't reacted, Wang Jun picked her up and ran to the infirmary without another word. Mu Xi vaguely felt that there was a gust of wind that day, so cool.

She woke up and looked at Wang's ice cream with her fan. She said, what are you doing? 'I'm afraid it will melt and taste bad,' Mr. Wang said with a smile. Mencius mother Xi suddenly had blood on her face. Wang Jun handed her the ice cream, and then said with a smile, hello, my name is Wang Jun, Xu Zhimo said the gentle bow like a water lotus delicate shame. Later, Mu recalled that summer when she thought there were two sounds most pleasing to her ears: cicadas chirping and greetings.

They became very good friends. Mu Xi felt that Wang Jun must be an angel sent by God to love her, just as Supreme Treasure could pull out the sword of Xia Zi Fairy, but he never thought of himself as a funny boy who was moved by monkey. On one occasion, a boy in the next class confessed to mu Xi, she felt that Wang Jun would draw a sword to kill the rival in love. Well, Wang Jun did pull it, but at first he ran, laughing all the way. Herd Creek remembered that the incredible laughter was all hahahaha.

You say, friendship is strange, mutual damage and mutual blackness, but the more inseparable. They stayed with the same company for five years, from graduation internship to full-time employment. Mu remembered a joke from the day of the graduation dinner. She said, can you stay with me forever? "Have a try!" said Wang Jun. At least when we get married. Mu Xi said, I will marry you. Wang Jun said, "How can it be? We're the best, best buddies.

Mu Xi didn't drink too much that day. The wine is just a prop. She told Wang Jun to get on. The taxi is gone. She raised her hand and said, I like you. See you later.

Later, Mu Xi said, they thought it was just a game, but it was my first kiss and I spent my entire youth with him. Unfortunately, mingfen is the best friend, and I am a girl!

That kiss was impressive. She remembered that day Wang Jun lost the game, we great adventure. She helped the royal army out of the siege. Mu Xi raised her face, she should close her eyes. However, she didn't. She wanted to remember the teenager who kissed her for the first time. Wang Jun was very serious and closed his eyes. The most beautiful thing I saw that day was two rows of long eyelashes. Of course, Wang Jun also invited her to eat pork chops that day. Little pork chops in the middle of the river, walking on both sides of the towering green hills.

Later, Mu Xi said, I want to get married. That day, WANG Jun and I made a mistake. I asked, Who and why haven't we met? Dinner was quiet. We had our own thoughts. Wang Jun said, shall we have a drink? When the wine came to the table, Wang lifted the bottle and began to drink it. After two bottles, you can probably guess it's just a prop.

Wang Jun said, I... Hiccup ~ ~ ~ ~ ~... You are. That one long hiccup is drunk, moo and I almost laughed under the table. 'Stop messing around and be serious,' Said Wang Jun. Mu Xi said, what did you say? Wang Jun opened a bottle of wine, I snatched it away, said, straight.

Do you know how familiar they are? My good friend of 9 years, if Mu Xi said she was hungry in the middle of the night, Wang Jun would immediately buy guan Dong cooking from the 24-hour convenience store to pick her up, and her house was always hot. If Mu Xi said we were going on a trip, Wang Jun would immediately realize his life, pack his bags and show up downstairs at her house. He doesn't like the pleasures of travel. He thought that if Lu Chi mu Xi got lost, at least they wouldn't be afraid to be alone. For Muxi, in addition to take-out, Wang Jun is on call, the key is wang Jun faster than take-out. For nine years, they've been surrounded by suitors. They spoke to each other but did not speak. Maybe, really, like Mu Xi said, if you like, five years ago. The longer you know it, the harder it gets.

Wang Jun said, "I just want to ask you one thing. Do you really want to get married?

The king suddenly cried and said, "For nine years, the moon comes first and the water comes later. What a monkey I am. I've been fishing for the moon for nine years." . You're getting married anyway, so I won't be with you anymore. Come on, let's have a drink. Then Wang Jun cried even harder.

Mu Xi said, why are you crying?

Wang Jundao: "Why are you crying? I have to translate for you straight away. Wang Jun patted his chest and said firmly, HUAN, you. It was a sentence, straight as a bell, hit the floor.

Mu Xi said, however, is you miss me to marry! Will you marry me?

Wang Jun suddenly smiled and said, 'I didn't hear what you said. Say it again.

Wang Jun said nothing. He just sat down in front of Moo and smiled and kissed her. At this point, Mu closed his eyes. I guess the most beautiful thing wang saw that day was two red lips. Of course, that day we ordered a lot of mango-cera chicken, stringing your heart and mine into concentric circles.

I hope it's all true. Unfortunately, Wang Jun didn't say anything that day and kept drinking. Kept drinking until more than 2 o 'clock in the morning, and asked Mu, do you have anything to say? Wang Jun just smiled. Mu Xi said, then I will go. Wang Jun said, "I will give it to you. We went downstairs together and then helped Muggi get into the car. As the taxi drove away, Wang waved his hand and suddenly said, I love you, goodbye.

Later, many friends asked me why your stories were so beautiful. I said it was only a thousand stories, and I had chosen only a few worthy of a good night's sleep. I have heard too many stories of sadness, disappointment and missing. Let it go. I won't tell you. You'd better not ask. We're not running away from anything, it's late at night, and some things shouldn't be mentioned. You heat up a glass of milk and I say good night. Nice to meet you.

The book says that after ten years of drinking ice, blood is hard to cool, and once hurt is worth loving. You know he'll be here. Just wait. Whatever you were going through, at least you loved, at least you loved, and I didn't lie to you. I remember jose told me afterwards that I had done my best and I had no regrets. Shall we order the mango plum chicken, I asked? "Yes," she said, "Big plate is innocent. Unfortunately, he loves this mango cranberry chicken more than ME, so I can only taste it again in the future and tell myself to bring it to you if it doesn't go my way. Take care of yourself, me too. This sentence is for Wang Jun, but isn't it for young Mu Xi?

Love is only self-knowledge, others will not make any tricks. Hot and sour soup, small jelly, spicy prawns, durian crisp, crystal powder, bitter melon fried meat, sour, sweet and salty, all kinds of taste, take chopsticks to taste, look around. We used to worry about who we'd be with when we grew up. So what? Love is like catching fish with empty hands. It's all luck. The key is whether the fish tastes good boiled or chopped, sweet and sour or steamed. But what about your fish? Where's your fish?