The Worst Office Christmas Party Ever 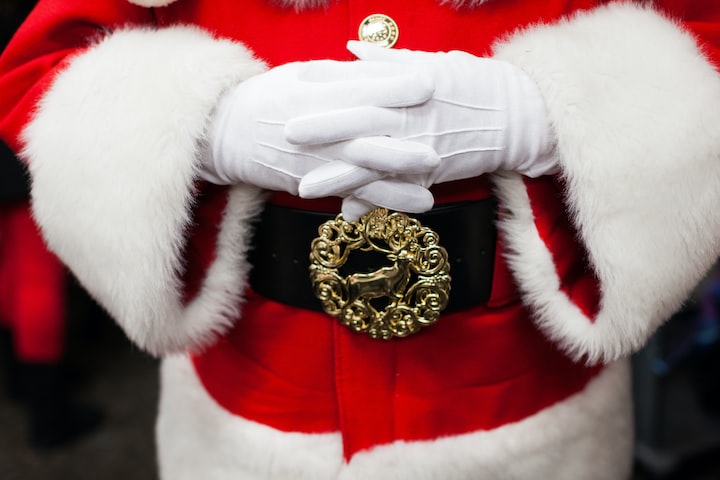 Photo by Jesson Mata on Unsplash

IT was the great winter of 2018 — the winter of my discontent — and me and a former friend (we’ll call him Gary) were working at a big time finance company. We were living large. Kings among commoners. But really, in fact, we were just glorified errand runners. Gofer being the proper terminology for such a miserable creature.

In our Brotherhood of the Gofer me and Gary bonded. We exchanged the classic out-group banter of those who work at a place yet don’t really work there. Minions need to vent too, and often, the general atmosphere of our job could suck the soul out of you faster than a dementor from Harry Potter. There was a lot of caged animal energy, constant and palpable neuroticism, that only comes with zoos and office jobs.

The chirp around the water cooler that month was of our company’s annual Christmas party that would be thrown on a luxurious yacht (this being Miami attendees would actually want to be on a big open-air boat in the middle of December).

For some reason, us lowly gofers thought we wouldn’t get the invite. That such opulence would rightfully exclude those at the very bottom of our hierarchy. We didn’t know or suspect that we’d be used for the same services we offered during work.

I should have known something was definitely amiss when corporate purchased a brand-new Santa Claus costume for one of us to wear.

That whole day two twenty-somethings could be seen scowling and shaking their heads. No way. Not me.

Like any desperate democratic situation on the verge of horrendous mutiny — we agreed to flip on it. I was blessed enough to have chosen tails. And Gary, 25 and toothpick thin, would become the ideal Santa of the century!

On the eve of the event, Gary asked if I could pick him up from his place. I immediately knew what this meant: to soothe the torment of impersonating jolly ol’ Saint Nick he would be drinking a lot more than just milk with his cookies. Not being a huge drinker myself, I obliged him. I mean, what are sober friends for?

Upon picking him up I could tell that Mr. Claus was already sauced up. My only concern was that his reindeer and elves would see him like this! His fake white beard looked legit but I tried to persuade him to tuck some clothes into his baggy outfit. His only response was: “Ain’t getting paid for this.”

The yacht, which would stay anchored and was already lit up on the glistening Miami harbor, was one of those swanky 3-story jobs. The kind that only prestigious men (who tank entire economies during housing market crises and then get government bailouts) can afford.

As we made our way in, I knew we’d fit in perfectly. Me, in my Walmart sports jacket, and Gary, in his ridiculous baggy costume, would signify the very best of the financial elite.

As soon as we stepped on board a portfolio manager whose name was Walter started laughing hysterically. He tugged on Gary’s fake beard. “Hey, Santa, you wanna beer, Santa!” and to me: “Hey, are you Santa’s little helper!?”

Me and Gary pretty much shrugged our shoulders and proceeded to the back of the yacht (what those in the know call the stern). We grabbed some of the fancy appetizers, which tasted like microwave food, and just stood there, staring out at Biscayne Bay. We felt like buffoonish outcasts but at least the view was nice.

One of the receptionists of our company found us and said: “What are you doing out here (pointing at Santa), they want you inside!”

I could see the last of the light go out of Gary’s eyes; both him and the evening sun were about to fall into some deep and nameless darkness.

I spent a good chunk of the party trying to stay out of the way. Pretending to look busy on my phone. But occasionally someone would bark orders at me: help put more hors d’oeuvres on the table, or, refill the Caribbean kool-aid dispenser. That kind of stuff.

Occasionally, I would scan the yacht for Gary.

I'd see different groups surrounding him, talking at him, tugging his beard and laughing. Gary looked more like the Grim Reaper than Saint Nicholas. He was like some poor stray dog who wanders into a family picnic and refuses to perform any tricks for a throwaway piece of BBQ.

Later in the night I found him sitting at the open bar, looking like ten different kinds of awful.

He sipped his gin and tonic, just one of several highball glasses littered on the counter, and slurred out: “Letting me go.”

A few drinks later I was able to decipher enough of his inebriated dialect to conclude that a manager had told him he would no longer be working for the company.

I patted him on the back: “You’ll find a better job.”

Which could only mean the exact opposite: he felt bad, he looked bad, and things were only going to get worse.

On my way to the bathroom I heard somebody’s offhand remark: “That Santa is awful, who hired that guy?” And gradually, I started to suspect that Gary was laid off because he wasn't playing the role he was given. This whole experience was some kind of test, and he failed miserably.

I returned to the bar and Gary was still drinking. The most un-Santaish look imaginable upon his plastered face.

He got up, stumbled his way in the wrong direction and that's when I decided to guide him to the restroom.

When he came out there was a large wet patch on his red Santa pants.

I told him that we have to go. Now. He only shook his head and tore away from me.

Attendees were now gawking his way more than ever. A wave of empathetic embarrassment was washing over me.

Walter snuck up beside me. “I think you should take your friend home.”

I reached out to Gary, both of our faces redder than his outfit, desperately trying to persuade him to leave.

He still wasn’t having any of it and proceeded to shout incoherently. At first, I couldn’t understand the noise he was making but soon enough these alien calls became cuss words. Bleep this and bleep that and bleep all of you’s!

This was the straw that broke the reindeer’s back. Walter and a few other guys raced out to grab him, and in a confused melee, they all tipped over.

Loud gasps echoed throughout the yacht.

Walter and his buddies quickly got up, but not Gary. He was just lying there. Talking to himself. And then, then it happened: the wet patch on his pants grew considerably larger!

More gasps could be heard.

The police arrived some time later, forcibly escorting Gary from the premises.

I pleaded with one of the officers to let me take him home but he flat-out refused.

Driving home, thoughts bounced off my mind like the city lights reflected on my windshield. There was just one thing I could not stop contemplating: somewhere, in a Miami jail, a young drunken Santa Claus was sleeping off the worst Xmas party ever.

* Nitsiniiyi'taki ("I Thank You" in Blackfeet)

More stories from Myles Pennock and writers in Confessions and other communities.