by Angela Derscha 20 days ago in Embarrassment

One inappropriate picture viewed at the worst possible time. 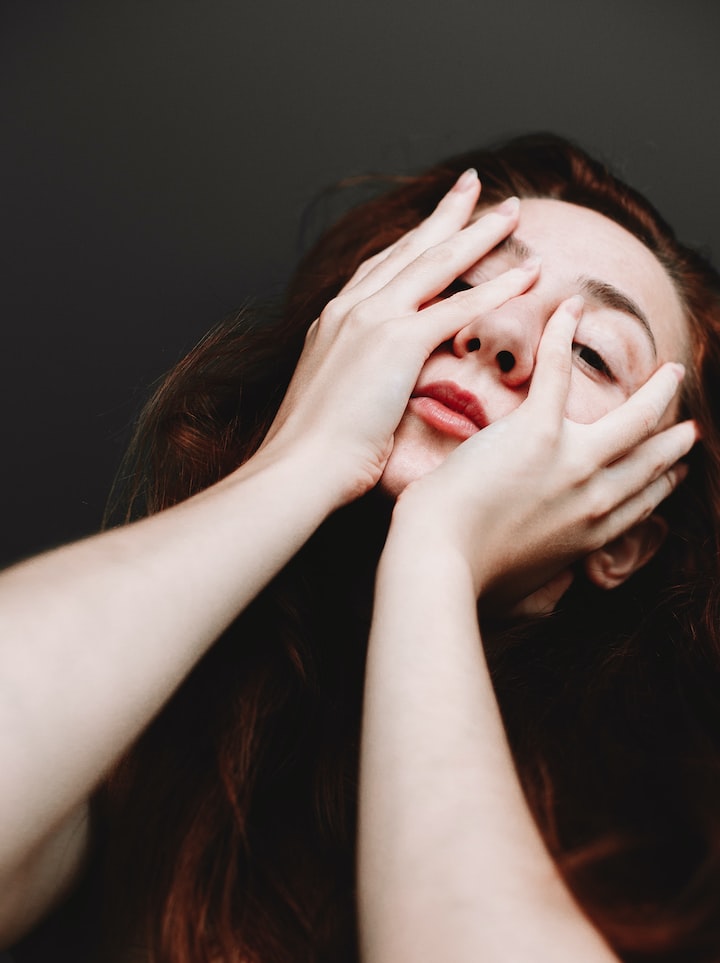 Photo by Inna Podolska on Unsplash

Today I’m going to share my most embarrassing moment. Although there have been so many to date, at this time, I can think of only one moment that left me absolutely mortified with shame. The day one goofy, inappropriate picture taken by my laptop's web camera for my long-distance, very sexually open boyfriend was discovered by my father, of all the horror! So here’s what happened... my boyfriend and I were talking over Skype, a now outdated video chatting software, one day when the subject of intimate relations came up. At the time, we were over 5,000 miles from each other and had no way to express our love in that way, so we mostly sexted a lot until things got more heated.

It should be noted that both of us were of legal, consenting age for such things; we just didn’t have access to each other. We thought that maybe we could use the camera to show how much we wanted to be together, to which I agreed, and we started experimenting with different options. At first, I was hesitant and a bit prudish about the idea, but I grew more accepting of it after searching my heart and discovering he was the one I wanted to give myself to. One day, I decided to make the first move.

I got on my camera, locked my door, stripped from the waist down and took several pictures of my bare lady parts, edited them as best as I could, and send them to my man when he got online. They were moderately poor quality; I wasn’t a professional by any means. He was a little surprised to receive images of such nature from me, but it made him more intrigued as to what else I could show him. So mission accomplished! At least I thought so until misfortune struck.

After weeks of activity between the two of us, my computer decided to crash. My father was fairly good with electronics; I wasn’t so, I gave it to him for tinkering. He managed to get it to start back up after several hours, but a lot of the history and data had been lost, but thankfully he recovered it after several more hours and lots of cussing. The photo gallery was put onto my desktop, where I had the pictures, and opened itself up to do reformatting. He saw the picture immediately but had no idea it was my parts necessarily. The conversation went like this:

“What are these?” He asked, mildly pissed off.

“What do you mean?” I replied, acting confused.

“Why do you have pictures of a vagina on your laptop!?” He yelled, slamming his fist onto his desk.

"Are you gay or something?" He questioned me angrily.

"Then why is there a vagina picture on your laptop!!?" He screamed even louder than the first time.

"They're mine. I took them as a joke." I halfway admitted.

"A Joke? How fucking stupid do you think I am!?" He said in disbelief.

"I was goofing off with my camera. I swear." I replied.

He turned the laptop off and slammed it shut. " If I catch you sending pictures to that overseas boy again, I'll break this fucking thing. Do you understand me!? " His voice was hoarse from screaming.

I cried for a few minutes after his outburst. I didn't want to fight with him, just wanted to go back to my room and relax with some TV.

"Yes, sir, it won't happen again..." I whimpered while wiping away my tears.

After getting back to my room with the laptop, I deleted the pictures I took and never used my web camera for inappropriate images again. Needless to say, I was mortified to experiment with my boyfriend while still living under my father's roof. Just a reminder to all of you, hide your nudes. Protect them like sacred treasures. Also, always use the incognito browser. It will save you a lot of embarrassment.

If you enjoy my work and would like to see more, please leave a heart for support. If you are feeling generous, leaving a tip is appreciated, but not necessary!

Twitter @angied7592. Long time lover of literature. Obsessed with adorable animals and coffee I spend my days playing video games with my brother and fiancee. My favorite genres are horror/ psychological thrillers and romance.

See all posts by Angela Derscha →