by Ushiku Crisafulli 2 days ago in Humanity 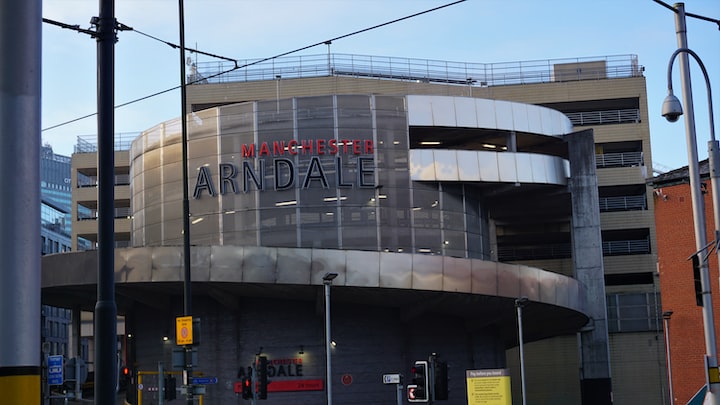 Photo by Huey Images on Unsplash

11th August 2011 is a day I will never forget. It started as any would at that time in my life. I woke from a depressive daze in the latter portions of the morning just before afternoon arrived. I met up with JD, and while our friendship did not stand the test of time this memory certainly does. We met at Piccadilly Gardens in Manchester, and soon made our way on foot through Deansgate to the Great Northern Warehouse. Back then the Odeon was an AMC, a strange American hangover of a large conglomerate in what was a mostly abandoned post-industrial wasteland. Hipsters hadn’t quite had their way with Manchester back then.

We got our tickets to see Captain America: The First Avenger at the ticket desk that was a kind of carousel that always seemed too large for a mostly forgotten cinema on the outskirts of Deansgate. As we headed up the escalators to the concessions stand we got ourselves a hotdog and unlimited cola each.

The movie itself was enjoyable, and I was excited at the post-credit scene that was our last little teaser on the road to the first Avengers movie in the Marvel Cinematic Universe. As we left, however, we looked to redeem our free refills and approached the concessions stand once more. We were informed that riots had begun in Manchester and that they won’t be showing any more films nor providing any other services to the customers going forward. “Cmon mate, we’re not the ones rioting though, and we paid extra for unlimited drinks. Could you give us a refund at least then?” I stated with typical Manc cadence and the staff member went to their manager. Returning, the staff member offered us two free tickets each to be redeemed at future showings. This far exceeded what extra we’d spent on the unlimited drinks option, which combined equalled one ticket alone. Nonetheless we were gracious and understanding and thanked the staff member as we left. Every penny counted and neither of us were in work at that time.

As we left things seemed quiet in Deansgate despite the news we’d heard from the staff member. We walked back down towards the centre of Manchester and ended up near the Arndale Shopping Centre, where the rioting seemed to be picking up pace. I saw a young woman in a hijab whose young son tumbled on the floor as opportunist muppets rushed up and down the street. The fear in her eyes palpable, and as Manchester became Times Square I hastened to get a move on, though my heart broke from what it saw, and my mind won’t let me forget. I wish I’d helped and did something to change the energy in the air that day, if only for a moment. I saw, but I did not act.

While the Met Police’s actions in the murder of Mark Duggan were reprehensible there wasn’t that genuine feeling of racial injustice in the air like with the Moss Side riots a few decades prior. Instead, I witnessed the parasitic decadence of unfettered capitalism express itself in violent disorder. An underclass eager to get themselves some free shit while piggybacking off the outrage of a real tragedy.

The police arrived on horseback around Piccadilly Gardens near the fountains. Instead of pigeons, I witnessed another form of vermin… cowardice. I’ve come to terms with my own cowardice that day in failing to help the woman in the hijab and her young son by the Arndale Shopping Centre. But I witnessed even greater cowardice from the police. It seemed that all they wished to do was play cat and mouse. Knowing how the police had dragged a peaceful disability rights protester from his wheelchair at an anti-austerity march not long before it angered me to see violence responded to with cowardice while peaceful protest saw state sponsored violence from those who were meant to enforce order. If I’d known then about Peterloo or Spy Cops back then perhaps I wouldn’t have been so surprised.

The police further demonstrated their cowardice after the fact. Knowing now how Jimmy Saville had a flat in the Northern Quarter in the days when BBC was still based in Manchester’s Oxford Road rather than Salford’s Media City I find myself asking what does it mean for a Tory government to be tough on crime in a city where a nonce roamed free for decades while a young lad got locked up for stealing a bloody Cornetto? The stench of hypocrisy permeates the nostrils of all those that witness injustice first hand.

Injustice is sadly a part of Manchester’s history, and so too, is it the case today. Yet in spite of that the people have always made this place what it is. Whether it’s Peterloo, our refusal of Confederate Cotton in opposition to slavery, the writing of the Communist Manifesto, or how we rallied as a city after two terrorist bombings in 2 decades within my lifetime – this is Manchester, we do things differently here.