Racists Be Gone! How I Cut A Racist Friend Out of My Life

by Mona Lazar 2 months ago in Friendship
Report Story

No time for prejudice. 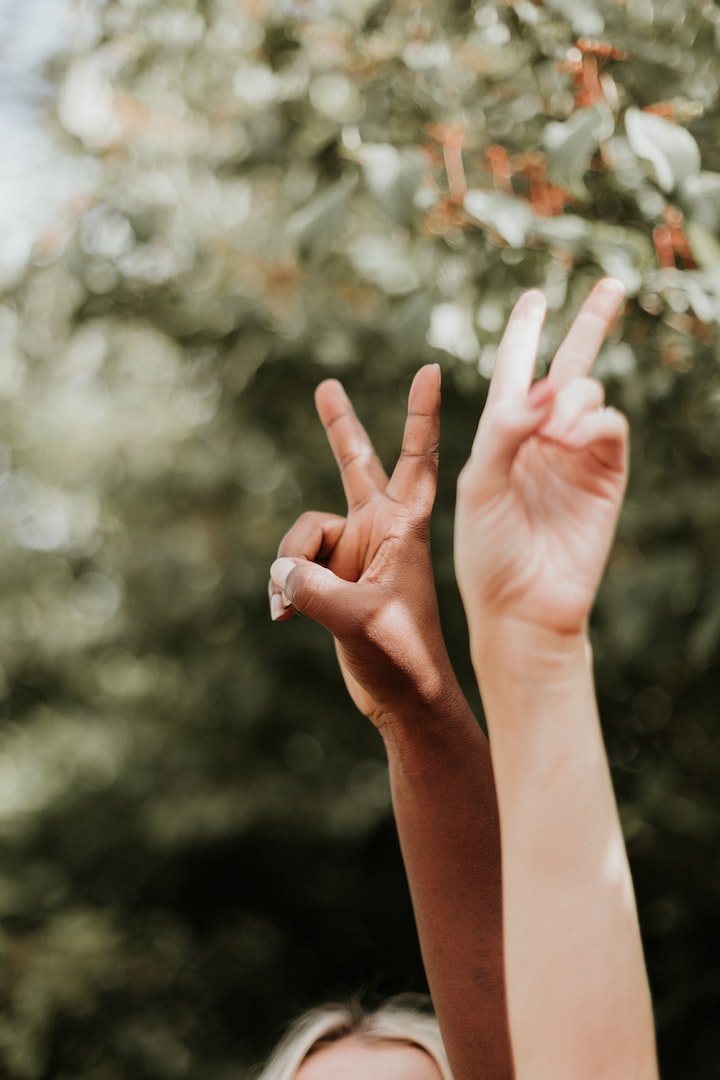 I cut my racist friend out of my life.

And my only regret is that I haven’t done it sooner.

I knew, but I couldn’t believe it.

She actually told me, but in my naivete, I thought it was a very bad joke. Or just something she might have said for shock factor. Or… anything else but the actual thing.

I don’t know what I was thinking but one thing is for sure: I didn’t believe her. Because I could not believe that after everything that’s happened, in today’s society, in 2022, somebody could be so obtuse as to openly declare themselves a racist.

It was beyond my level of belief.

There are few things that bother me more, at a visceral level, than racism. There’s also homophobia, misogyny, and animal and child abuse. So abuse and ignorance in general. But I have never heard someone openly declare himself one of the above. At least none of my friends ever did.

The first time she told me about it, it was part of a story about a city break she had in Paris. As she was telling me about walking down the streets of Paris, admiring the architecture, window shopping, and just having a wonderful time in the city of love, she blurted out some very unexpected words in the language of hate, also known as racism:

“The only problem was that there were just so many black people around… I was scared.”

I remember choking on my wine.

‘I don’t know, I might be a racist’, she said, brushing it off with a move of her hand.

When somebody openly declares themselves a racist… wouldn’t your initial response be to just say — ‘stop talking crazy’ and not believe them? Because people who are racists don’t know they are. They think the way they see the world is normal and their views are just. They never refer to themselves as racist. In their view, there’s nothing wrong with what they’re doing.

‘If you truly are a racist, you need to see a shrink and get over this.’

‘I don’t know, it was just a knee-jerk reaction.’

‘Did something actually happen?’ I asked, hoping she might have landed on some deserted street and somebody put a knife to her throat, and they happened to be black. I was grabbing at straws…

‘No, it’s just that there were so many of them.’

The world ‘them’ in this context made me sick to my stomach. I could feel the anger and frustration of “us vs. them” rushing through my blood. I could see my hands start to shake.

I went back to the memories of my own vacation in Paris and remembered that indeed, the city is very diverse. Like all big cities. I remember some of the most physically beautiful people I’ve ever seen were there. People of all races. Flocks of people filling the streets, the metro, going about their day-to-day, or having a coffee at these minuscule tables lined up by the side of the sidewalk.

Not for a second did I think “them” about some and “us” about others. I actually thought nothing of it, except to enjoy the city.

I wonder if “they” also noticed and were scared of ‘us’, like she was.

I wanted to be out of that conversation forever. And out of that house, that city, and that country. Out of her presence. But still, I decided to give her a chance to not be a racist. And she took it.

‘Are you serious about this? Are you really a racist?’, I asked.

‘Nooo, of course not. I have nothing against black people.’

I took the explanation. Out of sheer disbelief.

And I was wrong to do it.

Months have passed. Maybe even a year. And nothing was spoken on the subject. Until this past weekend.

We met at this little café on the banks of the river. It was beautiful. The sun was setting over the water. The temperature was just right, the atmosphere idyllic. Until…

‘How black is your humor? It’s picking cotton.’

And she started laughing at her own awful joke.

Everything rushed back to me right then and there. The sound of her laughter was scarring my brain.

‘I remember you saying you were…’

‘No… I wouldn’t mind a black guy being at the table right now with us. I just don’t want to be touched by one of them.’

The conversation was surreal. I could see the water and the trees in front of me narrow down to a thin line of green and gold.

‘Well, don’t get angry, it’s just that they smell.’

And she kept laughing… like in a horror movie, where no matter how huge the atrocity, one of the characters keeps laughing like a maniac, making everything all the more creepy.

‘I know several black people, none of them smells’, I said. ‘I also know a lot of whites and some of them do smell. So by that account, I’d say we are the ones who smell.’

‘It’s not ok to make jokes at people’s suffering. Especially people who have been through hell. Many of them died! I don’t find that funny. How would you feel if I made jokes about the death of your mother, that affected you so much?’

I wanted to give her a point of reference so she could relate to a dark time in other people’s lives, starting from the dark times in her own life.

She thought about it for a split second.

‘I wouldn’t mind it if was a good joke!’, she said emphatically.

I could feel my brain and basic human decency struggling for air.

I was so angry that my voice dropped to a hardly audible hush.

She kept having a crooked smile on her face that in my imagination was slowly widening into a joker smile, the physical representation of utter denial and zero empathy.

She tried to say something along the same lines of inappropriateness and playing things small.

‘Enough. Racism is a huge issue for me. Please think long and hard if you want to cross that line.’

She said no and changed the subject.

My words came too late though. The line had already been crossed. And I don’t want to go back. For me, that was the last time I wanted to be in her prejudiced presence.

We stayed there for about half an hour more. I was in a stupor. Trapped in my anger and disgust, I could feel the universe shrinking around me and one of the horrible facets of this world was laid out in front of me, on a sickening display.

I was grateful when the night was over. I should have gotten up and left, but I didn’t feel in control of my body. I entered this catatonic dimension, where her words rang in my head over and over again: “picking cotton…”, “picking cotton…”

I knew it was over. And didn’t mind for a bit.

Our values are one of the few things we truly have in this life. Values and love. And I share none with racists.

More stories from Mona Lazar and writers in Confessions and other communities.