by Stephy Ellsworth 11 months ago in Humanity

The Heart of a Scarred Puppy 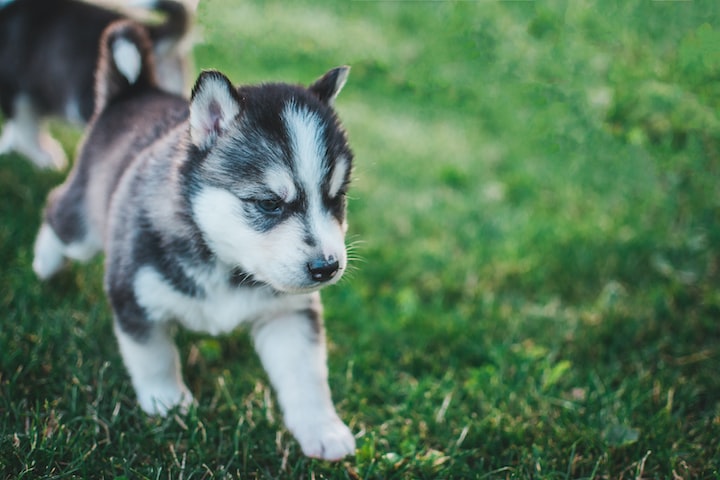 I have always been a dog lover. It’s something about those cute floppy ears & the way they wag their tail to signify just how much they love you. Their love is unconditional, & I’ve often found myself saying that we don’t deserve dogs. (Side note: it always confused me when men are referred to as dogs because the love & loyalty of dogs is unmatched).

I got my 1st one when I was about 10. She was the absolute cutest- Chow & German Shepherd mix. She was the runt of the litter, and probably the one any regular person would’ve overlooked. Even when describing her, she was never given any respect, not even acknowledged as a gender — all that was ever said was “that’s the runt of the litter.” Pointed fingers & turned up noses. Snarls of disgust. The runt.

Not up to par.

I don’t know what it was about her that drew me to her. I guess you could say I identified with her. Maybe it was because she was the outcast, the eccentric one, & the smallest one of the bunch. The one that no one really wanted, but they would take her; ONLY if they had no other choice. She was the last resort. However, I embraced her contrast & nonconformity. There was no question that she was for me, and she was my 1st pick.

Maybe it was the fact that her ears almost looked deformed because they were much different than the other puppies. Her ears stuck straight up while theirs had no problems laying down. She was bold without even trying. Even her fur looked different. Her black, white, & gray fur stuck up mixed while the others’ black & dark gray fur was slicked down. She looked unintentionally disheveled & her physical appearance was in disarray.

No matter what day I went to see her, she was never in the mix or a part of the litter. She was doing her own thing & marching to the beat of her own drum. I don’t know if it was by her choice or if the others just didn’t want to be in close proximity to her. She was just different. Odd. I don’t know exactly what it was that gravitated me towards her, but I knew when I saw her that she would be the one.

She was royal in my book, and I gave her a name that I thought was fitting. Princess. And I promised myself I would love her through the deformities, the flaws, the deviations, and the distortions.

I remember the day I finally got to take her home. I was so excited. When I picked her up, she shook almost like a quiver. She whimpered a little as if she knew I was taking her from the only family she knew — even if they didn’t treat her quite like family.

The minute I felt her shudder, I held her close. I snuggled her into my developing bosom to assure her that she was safe. I was only a child & had no idea how I would protect her, but I knew that I would. I held her close & protected her because although she couldn’t talk, I felt like that’s what she needed; but the quivering didn’t stop.

But…Every day, I loved her in spite of.

I didn’t know it then, but I realize now — I was deciphering & translating her body language. She was scared. The touch was unfamiliar. The voice was unknown. The vision was barely there. The environment was new. She was afraid like she was a victim of abuse in a previous lifetime. It always hurt me to see dogs & puppies get abused, but then I thought about it….

I am that puppy.

You know the puppies you get from the pound? The one that’s been beaten, abused, & dropped off to die? The one that shakes and trembles when anyone tries to get close to it, even if their intentions are good or they have no intention of hurting that puppy? You know, the puppy that ducks from embraces and isn’t sure what to think when people are friendly because that’s how the abuse starts? You trust them enough to let them get close and then they turn on you. I’m that puppy.

I’m the puppy that barks, but you can’t quite make out what distress signal it is. Is it a cry for help or is a danger detected? You can’t tell why its barking, & after a while, you stop trying to figure it. You begin to tell neighbors & friends, “she barks all the time” without ever realizing what’s really wrong. I’m that puppy. I can’t signify that I’m hurt. I can’t verbalize how I’m broken. I can’t exhibit how bad I’m internally torn, & no one ever takes the time to figure it out. Not even my “owner.” The fault, defect, & imperfection is just placed on me as another label. Almost like my name. I’m the puppy that’s misunderstood. The one that’s called out by my presumed character flaws: Aggressive. Loud. Hostile. Unfriendly.

In reality, I’m the puppy that’s unsure about being picked. I’m the puppy that flinches at the simplest motion or gestures. The one that tremors at any startling noise, the slightest increase in tone or raising of the voice. The one that tucks its tail with a hung down head in embarrassment whenever someone closely examines it. The one that whimpers when my name is called because I can only imagine what consequence I will have to face because the owner had a bad day. The one that crawls & crouches into my personal space because it’s the only place I know. It’s comfort. It’s familiar. It’s the only space I can control. I’m that puppy.

But I’m the puppy that doesn’t know how to be loved. And I wonder if just maybe the pound may have been the best place for me.

“Everyone has a story, I just decided to write mine.” -Steph 💋✍🏽

More stories from Stephy Ellsworth and writers in Confessions and other communities.