by Rachael J. Davis 2 days ago in Humanity 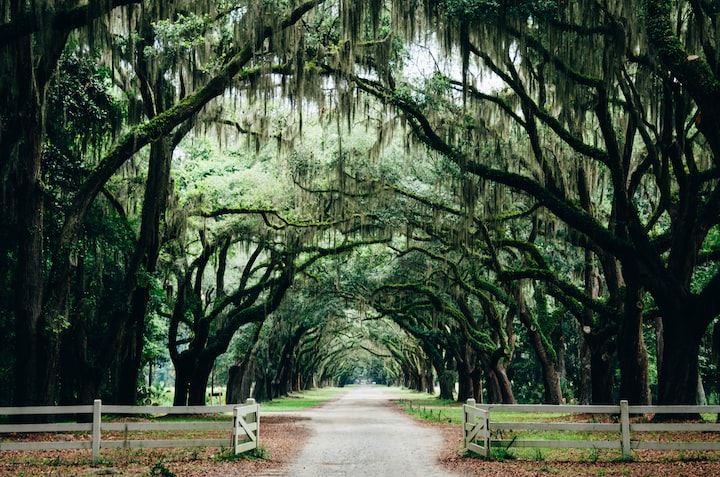 Photo by Ashley Knedler on Unsplash

This is a true story, and it is most recent. I have rarely encountered what occurs, but when it happens it stresses me out. So I have to write about it. No direct names will be mentioned, and I summarize more than I give detail because when you have this kind of experience it’s more moment by moment recall. And I am not going to analyze the ‘what ifs’. I am going to just tell the story like it is.

One Saturday for the OU vs Texas game, I was sitting in my favorite bar crying over the severe loss the Sooners were facing. I was drinking just Pepsi and eating my lunch. I chatted with the bartenders, because like always, I love being around them at Live Oak. They’re always kind and fun to talk with. While I was eating, an older man made his way around the bar and tried to talk with the keep who was running my tab. She walked off and ignored him, but was also talking with the other staff. Standard procedure. You don’t always chat up the customers. But in the meantime, the Sooners got a touchdown and I cheered. This got the man’s attention and he made eye contact with me, in a dark look he nodded. So I nodded back and returned to my food, still enjoying the game but booing as Texas got another touchdown. I did notice the man making his way around the bar to keep two chair lengths away from me. I continued to watch the game, and he was muttering rude things like “This isn’t a game. This is boring.” I did respond by saying, “Never underestimate Oklahoma, they can still turn this game around.” I went back to my business. Bars are meant to be places where sports are enjoyed, and fans gather to root and holler. But this man was evidently drunk and belligerent and my mom taught me to never argue with a drunk. So I kept eating, not really interested in joining an exchange of words. But the man kept going on and on. “This isn’t a rivalry. You want to see a rivalry?” I said “I am a Sooner’s fan so this is a pretty good rivalry.” He insisted he could show me a better rivalry, and never did. He demanded I search and google individuals he claimed he choked the life out of. He went off on rants about how women are stupid, and that I was stupid. Believe me there were a million things I could have said but I kept my mouth shut. Because I did not have an interest in African politics he called me uneducated and stupid. Lashed out at me questioning him about his story. He restated that he had choked the life out of an African dictator all the while leering and jeering at me as if I was to be impressed or intimidated. I was neither. I, in fact, had no feeling of anything except pity. He kept on about his ‘job’, and I finally tactfully said, “If that’s the case then your soul is stained with the blood of another person and it will haunt and torment you. That’s why PTSD exists. It doesn’t matter if it’s your job, right or wrong, but killing another human always leaves a stain on your soul.” Well that just infuriated him more. He was angry, and called me a feather brained woman, and kept rattling off insult after insult. He even tried to shake my hand twice, and the Lord made my hand like oil and it slipped out every time he tried. Meanwhile, I am truly trying to focus on the game and ignore him. Remember, you don’t argue with a drunk. When I did not seem moved by his great story/fantasy, he stormed out of the bar. Needless to say, the staff that had been monitoring me and keeping an eye on the situation rushed in to check on me. It took a moment or two but I did eventually cry. They were astonished. I told them, “I am not crying because of what he said but because of how much I had to restrain myself from saying things to him. I am okay.” I stressed myself out. I never doubted they would step in. They were in fact shocked I didn’t call them in. In all reality, I was sure that if things were south they were there. I texted a friend immediately asking them if they could join me, but there was no response. That heightened my uneasiness about the whole thing. Yet, the staff kept nearby and promised to alert me if the guy returned. Which he never did and we all relaxed to watch the game. The Sooners began to come back. And soon they were all cheering with me as they came back to WIN.

Remember to go where you're known, and know where you go.

And my friend will feel very silly...

Writing is to share experiences within my own life. I use Vocal to promote my own lyrics and poetry more than anything else. Thank you for reading these simple poems and lyrics. https://lnk.bio/allisnotgold04