Now That It’s Almost Over

by Daphne Faye 2 months ago in Childhood
Report Story

Reflections on my period 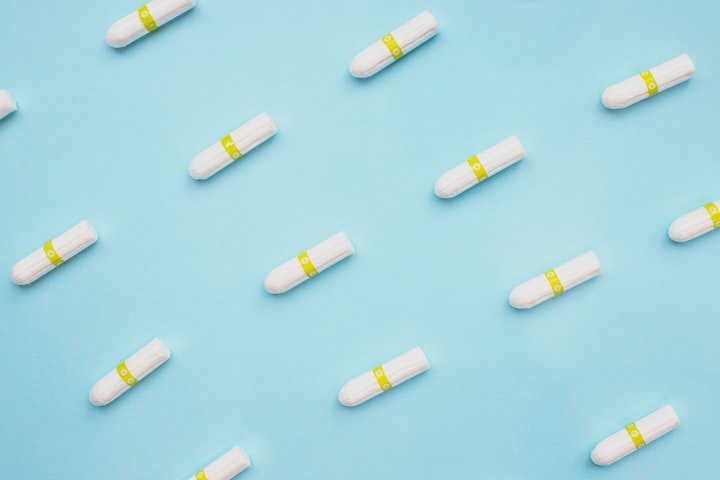 Photo by Natracare on Unsplash

After nearly forty-odd years, I am getting ready to walk through another door, but this approaching rite of passage feels hackneyed as opposed to exciting. When I think of menopause I think of all the corny jokes about hot flashes, night sweats and mood swings. It’s the kind of humour that grates on me, like all those “it must be wine o’clock” jokes.

Now that I’m getting ready to lose my period, I’ve been thinking about the impatience and excitement I once felt about getting my period.

Around the age of 11 or 12, I became obsessed with puberty. I had gotten my hands on the book Love and Sex and Growing Up and I studied it every chance I got. I loved the illustrations of the changes that were to come. I couldn’t wait to get hair under my arms and develop breasts. I didn’t know exactly how it was going to happen or when; I just took comfort in knowing that it was indeed going to happen someday.

Mine was less the Marlo Thomas type and more the Margaret White type, you know the mother of the Stephen King heroine, Carrie. The kind of mother who referred to breasts as “dirty pillows,” the vagina as “down there,” and thought I was entirely too fixated on sex.

In the book, 12-year-old Margaret Simon, moves to a new neighbourhood, makes new friends, contends with being half-Jewish, and goes through puberty. The book ends with Margaret finally getting her period. What did I have in common with Margaret? Almost nothing, except that we were approximately the same age and had an insatiable curiosity about how our lives would change once we got our periods.

Grocery shopping with my mother, I would eye the shelves full of maxi pads with names like Stay Free and Freedom with women on the boxes frolicking in the ocean. It all looked so enticing. I begged my mother for a box.

She sighed but didn’t stop pushing her shopping cart. “You think you want something, and when you finally get it, you realize you never wanted it in the first place. That’s how life is.” Then she continued to a different aisle as I trailed behind her.

I didn’t give up. I tried a different approach. I took a pair of my underwear and a red marker and carefully speckled the crotch with dots. While she was washing dishes, I brought her the evidence. “Look, I’ve started to get my period!”

She glanced at the red dots, looked at me and sucked her teeth. Then she continued rinsing a saucer and placed it carefully on the draining rack.

A year passed and getting my period was no longer the obsession it once was. We had spent the year abroad in Barbados and I struggled to keep up in school, make friends and deal with living in a big empty house that had none of the comforts of home (Read: television).

We returned to Canada in the late summer of 1979. Before heading back to the small town where I was from we spent two days in Toronto at the Airport Hilton. My mother promised that we would go shopping at the Eaton Centre for new back-to-school clothes. We spent hours picking out my clothes and I was elated because I got my first pair of designer jeans.

When we finally returned to our hotel room, I went to the bathroom. As soon as I pulled down my pants, I looked at my underwear. It was marbled different shades of brown in the crotch. Oh God, I am dying. It figures. I’d never get to wear the beautiful dark blue designer jeans that fit me so well. I swallowed hard then called for my mother.

When she came into the bathroom, I told her the news. “I’m very sick,” I said weakly. I showed her the evidence.

“You can get pregnant now.”

“Oh, my little daughter is a big woman now.”

She rushed to hug me.

I still didn’t know what she was talking about.

“What IS it?” I demanded

“This is your period.”

“But why is it brown? Why does it look like this?”

I looked at her doubtfully.

I looked at myself in the mirror. My period? This is what it looks like?

I took my underwear off, sat on the toilet seat and waited.

She returned wearing a trench coat over her nightgown carrying a small brown paper bag.

She pulled some clean underwear out of the coat pocket and gave me the bag to open.

It was a smaller version of the maxi pad boxes I had seen in the grocery store. Same woman frolicking in the ocean though. I opened the package and took out a little packet and then unfolded it. I put it in the crotch of my panties and then pulled them up. My mother hugged me again then showed me how to dispose of a pad when it was time to change one. I felt strange.

But I walked out of the bathroom and into a new phase of my life.

And so began my relationship. And like a lot of relationships I had romanticized it. When I actually saw it for what it was, it was nothing like what I had imagined. It was messy. It was painful. It made me cry sometimes. It showed up unannounced, but when it didn’t show up, I missed it terribly.

And for this new phase I’m entering into….what will it actually be like? Am I ready to lose so much of what estrogen built? Dunno. I know I will be happy to stop using my good old friend the maxi pad, which I eventually came to understand was just a narrow diaper. How anyone could frolic in the ocean with one of those things wadded between your legs is still beyond me. Should I start reading Suzanne Somers or Gaily Sheehy? Dunno. I might just re-read Are You There God? It’s Me, Margaret. and reflect on how it all began.

I love to write personal essays. Some are humorous; others are more serious, but they're always heartfelt. I'm also an avid photographer, check me out on Instagram @molelovesbokeh

More stories from Daphne Faye and writers in Confessions and other communities.