Notes on Sleeping in My Car For More Than One Night

by Stephen Phillips 2 months ago in Humanity 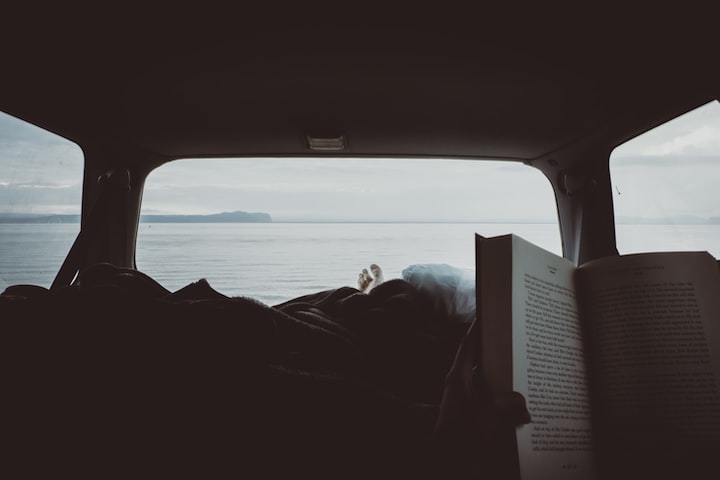 In February of last year, due to some technical difficulties, I slept in my car one rainy, Saturday night in Los Angeles. It wasn't the last time, though. It was the beginning of a letting go.

Letting go of my pride and expectations. Coming to terms with new pain and revelations.

For the next few months, I spent many nights in my Nissan Versa while renting out my room for cash. More nights than I'd care to admit fully. I did it though and I experience no regret.

These are the thoughts and lessons from that time in my life. A time that, as the days turn, I've come to remember with both fondness and fascination.

One bleeding into the other, these are the postcards from an emotional edge.

Accept your fate for what it is

It happened. It's come to this. This isn't your dream apartment in Spain, it's Eagle Rock and you're stuck inside a hatchback with barely enough for gasoline.

Be in it while you're in it. Try to learn something so it won't happen again.

But it did happen, so you better gear up. Get the flashlight and sleeping bag ready. Buy some snacks from Smart and Final.

In the end, you'll be better for it. Don't give in an inch about it.

Stay dry and keep hold of your wits. There's more than enough time to laugh about it on the other side.

Meantime, you're going camping, son. It's not Joshua Tree, but somehow it's halfway there.

You can tell people, later when the dust has settled, that this was the time you finally got into constellations.

Find a place to pitch your tent

Not literally, but park your car against a rock. Find a home base or two. Three or four is better in case a patrol car is tracking you.

Campuses are tree-lined, but busy. There are spots in Mt. Washington that will nestle you like a baby. A graffiti wall will work - this is still Los Angeles  - just not next to a tire shop that opens at 6 am every morning.

After dark, head East on Division Street past the 7–11. About a mile in you'll find space next to a hill that goes upward, back into the night.

There are pick-up trucks there, little pieces of Texas. There might be coyotes. Perhaps you'll find them comforting.

In the event you are discovered, don't panic, brush it off instead. Who among us hasn't hit a rough spot? Who hasn't napped in their car and it just turned into a couple of days?

You're changing clothes like changing tires. They'll probably shake their heads and go on with their more comfortable lives.

When you do settle in, remember where you parked so you can switch it up if you return the next night.

Set your face toward the hillside and cover the window. Wake with the sun, pull your legs over the passenger seat and keep moving.

Remember drugs can be your friend

One of the more difficult things about the car is laying in it. In the beginning, lower the front seat and use a sleeping bag. If that hurts your neck, crawl to the back where it's more comfortable and warm.

Upon resting, try reading for a while if you can keep your headlamp hidden. Maybe listen to a story, an interview you've been saving or a piece of poetry from a steady hand.

You''ll never be fully comfortable. Around midnight, try dosing yourself with cannabinoids. Between weed and nerve pills, you'll manage a rest that will quiet your mind and allow what can't be tolerated in daytime. At least that's the idea, to be idealistic in the darkness.

Don't be afraid to lie awake for hours, though. Keep a journal handy, and a flashlight. The main distinction is that the bulb is softer in the latter. It's the opposite of what you'd think. Less light means less of the aforementioned police patrols.

Avoid edibles. They'll wake you up cold and have you spewing out a fire hydrant's worth of visions. You'll need those for later. You don't want to lose those because you couldn't sleep.

If you take them, so be it. You'll remember nothing and have a "runners high" for jogging before breakfast.

Find your own "Well-Lighted Place"

Go to the Cafe Tropical on Sunset. Find a corner and settle in. Use your money to buy a cortadito in a paper cup. Only one though. Your remaining appetite should be saved for dinner.

Do the work you were born to do. Consequences be damned, at least you've done the work.

For now, enjoy the coffee and cafe. So different on the inside, different from where you spend your restless nights.

You're untethered and dangerous. You're at the edge of a new beginning.

You're half-living and half-dying, which means you're still the same as everyone else. Sometimes it takes stumbling backward in order to gather energy to make a leap.

This all to say, don't be afraid to make that leap. You sure as hell can't do anything else so you might as well get your money's worth.

This may or may not be good advice. Most of it was scribbled from the backseat so that I'd remember it when I woke up each morning.

One thing I do know: wherever you are, whatever you're doing, you're always just a few days out from heading home for a good, hot shower.

You're just not finished yet.