by Beautiful Intelligence 9 months ago in Embarrassment

"This Too Shall Pass," and Must Be Forgotten 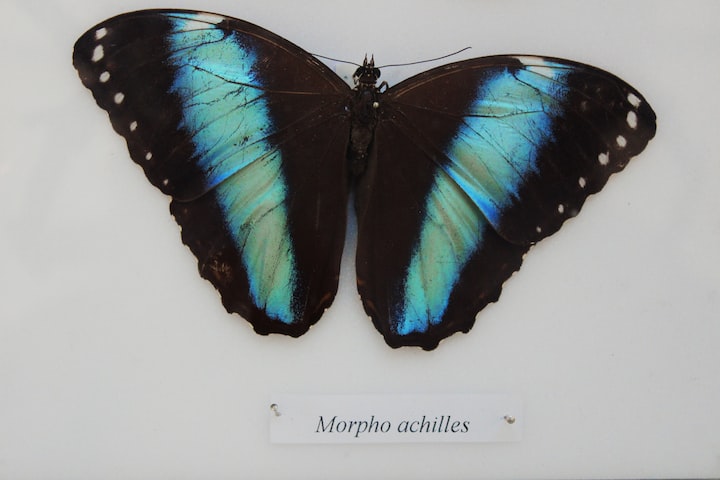 Photo by Fleur on Unsplash

Who likes to talk about, let alone share cringeworthy embarrassing stories? I don’t know about anyone else, but can we say P.T.S.D. O.M.G. I mean, it’s hard enough trying to forget. However, these stories make the most interesting, and possibly laughable tales to share with others later on.

Luckily, I’m not a person that embarrasses easily. When there are awful things that happens to me, I cringe, but my philosophy is, it’s apart of life. I love the quote “Always remember when you point a finger at someone, there are two pointing back at you.” I rarely feel embarrassed because I know we all have disappointing and unfavorable moments. “It is, what it is.”

Forget the coming out the theatre bathroom with tissue attached underneath your shoe and your friends laughing at you, enjoying yourself while dancing at a party until your boob pops out of your low-cut spaghetti strap one-piece short set (EMBARRASSING!), working in an unprofessional environment, having to physically defend yourself against an insane co-worker on the job, rumors spread about you to defame your character, suing the place you currently are employed with, or being bullied by your siblings with other kids from your school. Some might find these things upsetting, embarrassing, humiliating even, but nothing tops this rare but fascinating experience cringeworthy to share, making others aware, and at the same time, a rattle in your ear.

Again, it’s not a thing that often happens to people in general, but hopefully it never happens to me again. I can’t bare it happening twice. It was the worst and one of the most traumatic events of my life. I don’t understand why it had to happen to me and would not wish it on my worst enemy. I cringe just thinking about it. Ok….. Here goes the story.

I’m asleep when I feel something crawl on my face. I brush my hand across, and then it happens. I am mortified and screaming for dear life. I call out to my father, and my yelps awaken everyone. I am wide awake now, and well aware of the atrocity happening spiritually within my mind, and physically in my ear.

Our motel room isn’t the ideal place we usually stay in on our trips to South Carolina. We are visiting my dad’s home-town state for a funeral. I am six-teen and am sharing a bed with my two sisters. Our two bed-room Motel is not dirty per say, but the quality of the furniture is worn and the space dark and gloomy. It does not have the hotel stamp of new, fresh, modern and “to impress,” tatted as a hotel guests feeling of security. Tired from a ten-hour drive, with no other motels close to the funeral service, my parents decided to sleep overnight in a shabby and unhygienic non-exterminated place. I’m very thankful this was before the bed bugs epidemic. Anyway, it was a two-king sized bedroom, so my parents slept in a separate bed across from us.

The moment I swapped my hand over my face the thing crawls in my ear. I pray this never happens to anyone because it drove me crazy. There was a slight pause. Then I could hear and feel it running around in my eardrum. The sound was amplified (Rumble! Rumble! RUMBLE! RUMBLE! TUMBLE! TUMBLE!).

I didn’t know what to do so I slapped my ear. It stopped. Then It started again. (Rumble! Rumble! RUMBLE! RUMBLE! TUMBLE! TUMBLE!). Now mortified, I begin to scream, uncontrollably shrieking in horror. My dad jumps up abruptly out of sleep, asking what was happening. I never felt like this before, and it didn’t hurt, but I knew I was out of my wits. I not only was screaming, and yelling for my father, but pacing back and forth like a “mad” person. “HELP ME! DADDY HELP ME PLEASE! AHHHHHHHHHHHHHHHHHHHHHH! Somehow, I managed to verbalize something other than the screaming and hyperventilating, alarming him to there being something in my ear.

The next thing my dad did was so unexpected and was seemingly so heroic at the time. He hastily took me in the bathroom, turned on the tub faucet and as I leaned in, doused my ear with water. The quick acting and forceful movements of my concerned thoughtful father ended my misery. It took about ten seconds for me to feel and hear the crawling cease. I was soaked entirely. My individual braids were heavy. I didn’t care, whatever “it” was, stopped. After that I couldn’t sleep, and to add even more insult to injury, my teenager “babyfied-self” slept with my parents the rest of the night. My dad told me to wrap a shirt around my head to cover my ears. The next day was an ironically sad, but the happiest day of my life. We were invited to sleep at one of my dad’s cousin’s house after the funeral. The following day, we went home.

I thought my horrific experience was over, but little did I know there was more to come. A couple of weeks later, I asked my oldest sister to put color in my hair. She did a wonderful job, but some of the water went in my ear while washing my hair. The next day I had a fever and earache. I was used to earaches. I often suffered with ear infections as a little girl. To add further harm, I didn’t know the extent of trauma my ear was experiencing.

I was given Tylenol and Motrin at times, the aching continued. Something had to be done. I was already in a bad mood, and my little sister picked the wrong day. I got into one of our traditional arguments. My mother overheard us from her bedroom. As usual, my mother comes into the room and takes her side. I wasn’t having it today. My mouth strangely kept going, (I was instructed to be quiet, but didn’t) and my mother biasedly started and kept slapping me. When about the fourth slap struck up against my wounded ear, I immediately cried out and shielded it. There was no continuance in my mother’s battel to quiet me. She had won the war. I did utter out one last guilt tripping comment, informing her she had hit me in what I called “my bad ear.”

The next day I awoke to brownish-red goo leaking onto my pillow from my ear. I promptly alerted my parents who then took me to the emergency room. My ear was filled with so much pus, the doctor could not see inside of it with the otoscope. I was prescribed eardrops for seven days and requested to come back when the medication was finished.

My ear continued to leak brown globs of goo each day. I was in extreme pain, the Motrin subsided some of it, but I also was running high fevers. I was ready -like yesterday- for my next visit. Luckily, this happened during the summer. I would not have been able to focus during school.

Surely after a week, I returned, and the eardrops had done its job. The infection cleared a little, and the doctor was now able to see what was causing the commotion in my ear.

This is the vomit cringeworthy part. All my denials and worse hearing fears came true. The doctor, with his otoscope in hand, instantly informed my parents and I, there was a bug lodged in my ear. The thought of it being in there almost a month is enough to make anyone gag. I guess, we all thought whatever I encountered that day had traveled out my ear, down my larynx, into my stomach, and passed out my bottom, but no. That sucker stayed in there, marking my beautiful, harmless, but vulnerable ear its burial territory. How dare it. The agony and pain I endured for weeks was not worth the two-inch pest’s trouble of finding a second of solitude in my ear only to drown.

With a tilted head, I patiently, but eagerly held the vomit hospital bucket, while the doctor grabbed a syringe pulling out the “antibiotic absorbed and expanded” bug pieces out my ear. I was sickeningly amazed at how that big of an item, could come out of my ear. Whatever originally crawled in changed drastically. Next, a large amount of water quickly was shot into my eardrum, where it was caught by the bucket. There were so many particles, and pieces coming out of my ear, the bucket was filled at least four times. (It was a big bucket). I immediately felt better. I must have thanked that doctor a hundred times. I never felt embarrassed, only grateful.

Further appointments were made and kept. My eardrum had to be vacuumed out twice after. The extinct of the damage that creepy monster caused was not alone to just my eardrum, but also my mind. I have a permanent fear of staying in hotels/motels/Airbnb, and leaving my ear uncovered at night. For years I slept with cotton in my ears, or scarves around my head to cover them.

After eight-teen years I still linger with thought to cover my ears at bedtime. The setting of where that horrible event took place, doesn’t matter. All homes have all kinds of creepy bugs (spiders, ants, thousand leggers). Although I know the odds of something like that happening twice are slim to none, I can’t help but make sure both are protected. This was not my only appalling encounter with a trifling bug. I was around five years old when a fly flew into my mouth. If I stay lucky, there won’t be a third. The whole ordeal has taught me the appreciation of ears and the ability to hear.

One day soon, I sure would love to believe in the legendary quote, “This too shall pass,” and also in a quote I reversed “This too shall be forgotten.” Does the butterfly?

Read next: Father and Son