My Mother Has Taught Me To Live In Fear, But I Am Not Scared Anymore

by Oberon Von Phillipsdorf 6 months ago in Family
Report Story

My mother is much more than my memories of her. 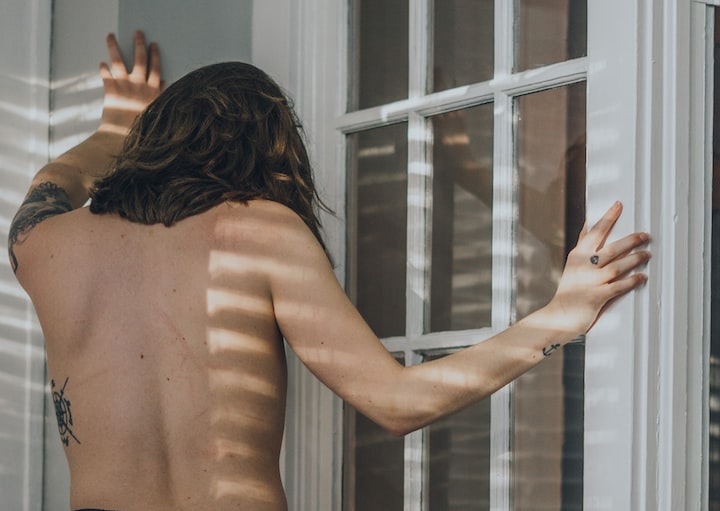 My mother has taught me many things. One of them was to live in fear. For years agoraphobia has lingered somewhere in the background of my life, trying to keep me down as part of my general anxiety disorder. The cause of agoraphobia remains unclear but it is believed that a major role plays in environmental factors.

I know exactly where this "anxiety" came from. I inherited it from my mother. My mother was suffering from many undiagnosed illnesses. The ones which were easily recognizable were acrophobia and agoraphobia.

As a child, I have witnessed many of my mother’s panic attacks. It was traumatizing not knowing when and where will my mother experience her next panic attack.

Additionally, I did not understand what was she scared of and at points, it was up to me to calm and reassure her. Sometimes when I got lucky, strangers came to my rescue. These episodes made me stop spending time with my mother.

Years passed and so did she, but she left me a gift.

On my first long haul flight, just seconds before the take-off I had my first panic attack. I was overwhelmed by an intense feeling of fear and extreme nervousness. My heart was racing and my eyes were scanning the plane for escape routes. Images of death and destruction flashed before my eyes.

What if there is a bomb on the plane?What if the engine explodes? What if, what if we all die?!

I was envisioning the worst scenarios.

I am sure I scared a few passengers, the flight attendant unzipped herself mid takeoff to come and calm me down. When the plane levelled up I was given vodka to "calm down". Since then I've flown over 200 times and I survived using the below recipe: 86 % of alcohol, 10 % of xanax and 4 % of faith.

The combination got me in a few troubles, a lot of missed flights and ugly hangovers.

Since then I have unconsciously let the fear dictate my life. The episodes became more frequent and the panic attacks longer. The longest panic attack I experienced lasted 6 months. I was homebound, way before it was mandatory.

I closed the window sheets, locked the bedroom door and crawled under the bed covers. And I stayed there for 6 months.

The bedroom became my safe zone.

I lived the "illusion". I avoided situations that may cause me to feel anxious. I stopped spending time with my partner and my stepson. I disconnected my phone. I slept. A lot.

I felt safe, protected from the terrible outside world. If by any chance I felt "panicky" in my safe zone, I turned to my altar and my sacred objects: candles, bracelets, elephant statues and other crap. If all fails, the sacred objects won’t fail me. They would provide me with that 4 % of faith that I so needed.

My partner started sleeping in the living room. My friends and parents started organizing a search party. The picture of me they used to "track me down" did not resemble the person that I have become.

I was a spitting image of Gollum. And the bedroom was my cave.

One day my partner burst into my bedroom and took the shaders down and opened the windows. The bright light burned me like a vampire. I was about to perish. Or so I thought.

But I did not.

My eyes slowly adjusted to the bright light. I looked around the room and saw what a mess it became. Clutter everywhere. The light cold breeze filled the room. I breathed in the fresh air. My heart sank. I missed life. I missed myself. I missed my mother.

While I was in hiding, the planet kept on spinning.

Since that day I took my life back into my hands.

I naively believed that I can just shut out the problems by closing the doors and pulling the shades. If only life was that easy.

From now on my doors are wide open and I welcome life with any news: good or bad.

I realized that avoidance of situations that cause us fear keep us trapped.

So I decideded to exposed myself to them, slowly and gradually, without any external short-term reliefs such as alcohol. I've changed the recipe: 86 % Faith, 10 % Courage and 4 % Determination.

Back then I was sure I could not “overcome” my fears but I was wrong.

See, this is the thing about humans: we don’t stay the same. We change, adapt, and we can get better.

I only wished my mother was here now, so I could help her find faith.

The mother I knew was a woman who lived in fear. I’ve known a woman who feared heights. A woman who never drove a car. A woman who found faults in everyone, as no one was ever good enough. She was obsessed with our father and she feared losing him.

My mother was a woman that was the daughter of military officials. Her father, my grandfather was a national hero. Her mother was a double agent. She, an Italian who helped Jewish families flee Rome.

A book was written about her about my grandmother.

And I didn't know.

Until I asked a question: “How much do I know my mother?”

My mother travelled the world before she met my father. She lived in London, Cairo, Portoroz and Moscow. I’ve never known that. She never spoke of it.

My mother spoke four languages but somehow we could never find a common language. She drove a motorcycle before she became “paralyzed” by fear.

My mother had many abortions. She wasn’t ready to become a mother and that’s okay.

My mother was a lawyer, and she excelled. Before she met my father she was given a post as head of the juvenile dentition centre at the age of 27. She declined, she chose to have a family with my father instead.

My mother was always two steps ahead of everyone. No one could trick her. She was a human “lie detector”.

In high school, I skipped a few math lessons and I went to a cafe with a friend. Back then I was secretly smoking cigarettes. One day as I sat in the cafe, a woman approached me asking for a lighter.

The woman was my mother.

I’ve never skipped a math class again, nor any other class.

It has been 9 years since my mother’s death and I don’t have her figured out. The more I learn about her, the more questions I have. I wished I had asked these questions about her when she was alive.

Now, years later I am on a quest — trying to get to know my mother. Bits and pieces of information, distorted memories, emotions, who is my mother?

My mother gave birth to three girls. My mother made sacrifices in order to provide the best possible childhood and life for me. She contributed her whole life to me.

And I’ve never acknowledged it.

The last conversation I had with my mother was about me.

She was lying in bed trying to go to sleep but unable as she was in severe pain due to progressed and unstoppable cancer. She was giving up.

I held her hand and I pleaded:

“ Mum, don’t you wish to see me graduate from Univesity? Have babies of my own? Go to my wedding? Please fight for me . . .”

Why was I so self-centred?

Looking back, I am heartbroken at how selfish I was that evening. Not a word about my mother. If I could turn back time I would have asked differently:

“Mum, don’t you wish to ride the motorcycle? To travel the world? To be yourself once again?...”

"Mum don't you wish to be free from fear?"

What I do know is that my mother is much more than my memories of her.

Thank you for reading and support.

More stories from Oberon Von Phillipsdorf and writers in Confessions and other communities.