My Fall and Rise

by Derrick Nguyen 2 months ago in Bad habits
Report Story

A winning battle against addictions 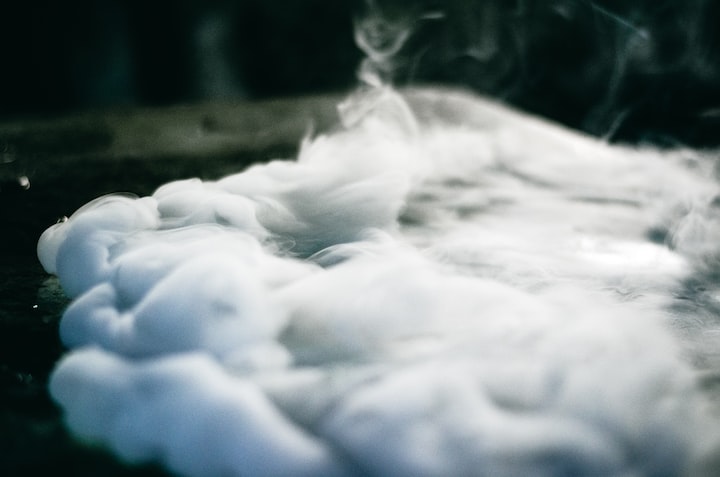 Photo by DiamondRehab Thailand on Unsplash

I remember when I was little, my parents always told me that my actions will catch up with me when I was older. I didn't take it as seriously as I should have and I did whatever I wanted. Much like any teenager would. But I soon found out one should listen to their parents, even if it hard to.

Trying to pinpoint the exact moment when I first vaped is like trying to find a needle in a very, very fruity smelling haystack. All that matters is that it was the doorway to a whole batch of problems. But that will come later.

One thing for certain is that I started vaping sometimes around my freshmen year of high school. I, like many, tried to fit in by any means necessary. I was the runt of the litter of the football team, so it was even more of a challenge for me to fit in. So when one of the older players offered me to use his vape, I was hesitant but didn't think twice.

I tried it and I liked it. I really liked it actually. Luckily for me, everyone seemed to have one. There was a running joke in the school where the bathrooms are really just 'vape rooms with toilets'. In this case, fact is stranger than fiction. I often found myself going to these "vape rooms" between every class. It got so bad that the school installed "detectors".

In reality, it was a plastic box duct taped to the wall. Even if they were real, I doubt that I or anyone would have cared. The only punishment that the school could really give us was suspending us. If they did that for everyone, they wouldn't have a school to run. With all these factors, getting a vape or finding one in high school was a lot easier than one would think.

I stuck with the habit for a good while, for better or worse, some of my closest friends are people I met at my local smoke shop. These friends introduced me to weed, at least made it available to me. I tried it and it was one of those things that I loved but the habit was expensive. I only found this fact later on.

Everything I mentioned before was formed in high school and came with me into college. Only this time, they were ten times worst. Prior to that, I took a gap year due to COVID-19. During that time, I had all the free time to do what I wanted. I chose to vape and smoke.

During the summer of 2021, I think I spent maybe a total of a week, sober. I was able to hide it from my parents, friends, and coworkers pretty easily and with a decent paycheck every week; I was able to get as much of my vices as I wanted.

Then I went to college. To my surprise a lot of people didn't vape or smoke . At least they said they didn't. I came to learn a lot of them are trying to seem better than everyone else by not owning one and/or leeching off of others. This created an interesting dynamic of people fighting their addictions while trying to keep an image. Welcome to college.

As the year went by, I used both more and more; and by the time this summer came, I was at the very worst in terms of being addicted.

I remember feeling ashamed, gross, and disappointed, but yet I still didn't want to quit. I told myself whatever lie I had to to keep my habit. It got to the point where I started digging through the trash for anything that could give me even the smallest hit.

There wasn't a day or a moment where I didn't feel the need to get my latest high. The days felt shorter and the nights felt longer, it was fun in the beginning. But I quit a good job, cut off good friends, and wasted thousands of dollars. Just to get one more high.

The moment I wanted to quit was a rude awaking. Everything just felt gross. My vapes made me want to throw up and the weed just wasn't as strong anymore. I gave everything up, cold turkey. The first 20 minutes was weird; I felt unsure if I wanted to, I felt like I was gonna need it. That was until I was able to take a deep breath while on a run. This feeling reminded why I wanted to quit.

At the moment of writing this, it has been almost two weeks since I've quit. It has been an up and down journey. Almost ending in failure three times. The one thing I have learned so far from this journey is that quitting is harder on the mind than the body. The cravings for me hit at weird times, at other times my anger will spike at the wrong person.

The physical affect has had little to no influence on my feeling towards quitting. The headache and the feeling of anxiety was rough on the first day, but over time it became non-existent.

I have only just began my journey. It is a slow but rewarding climb back to being myself.

More stories from Derrick Nguyen and writers in Confessions and other communities.