by The Soulful Scribbler 7 months ago in Humanity
Report Story

Becoming a mother was my biggest mistake. Never abandon your loved ones. An anecdote from Poland. 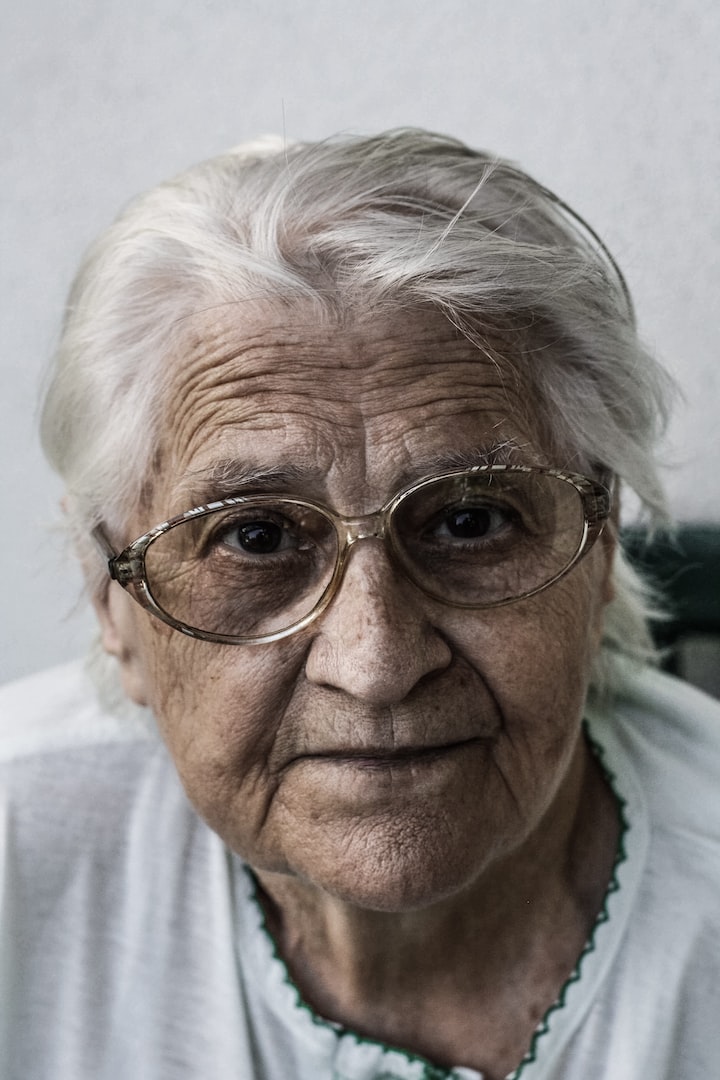 Photo by Mosoianu Bogdan on Unsplash

I am an Indian who has spent the last ten years in Warsaw, Poland. I’ve picked up the Polish language gradually and can understand it much better than I can speak it. When I first landed in Poland in 2012, one of the first things that startled me was the sheer number of very old men and women wandering the streets all by themselves. Some looked 90 years or older. Most of them had walking aids and were snailing through the streets with extreme difficulty.

Where were they going? To the grocery store, I thought. Why did they have to go all by themselves? Because most of them probably didn’t have anyone to do it for them. My chest got heavy with all kinds of melancholic emotions. Their much younger counterparts, including me, were hustling all over. It was a typical day. I get it. People are always busy and nobody has the time to stop and look around.

Two years ago, I was living in a flat in Warsaw, on the first floor. The ground floor flat had a garden with nicely done flower patches and other potted plants with colorful flowers. Finally, after a few days of observing the garden from my balcony, I got a glimpse of the gardener. She must have been about 90, I thought. A very boney woman who looked her age.

I really hoped she lived with someone else, such as her son or grandson. How could a woman this old and this fragile possibly live alone? My hope was shattered when I kept seeing only her in the garden or sometimes on the street heading to the nearest grocery store.

One day, she saw me watching her from my balcony and gave me a smile. I reciprocated it. It was a sunny day in July. She asked me where I was from and what my name was. She was surprised when I responded in Polish. Polish is a difficult language to speak. Hailing from India, I was raised trilingual, so I picked up Polish at a surprisingly faster pace.

One Sunday, I saw her returning home from the church. I decided to pay her a visit. I bought some flowers and cookies and knocked on her door. We were soon sitting in her living room. Although it looked like she tried her best to keep her space clean, I could see that it was quite a mess and also smelly. I wasn’t surprised. At my age, when it was tough for me to keep my place nice and neat, how could I expect that from someone her age?

Her name, I learned, was Dagmara. She has been living in that flat for more than 60 years. She offered me tea and some fruit. I asked her how she was coping with being alone in a 2 bedroom flat. I also inquired about the whereabouts of her family members. When she gave me a blank stare, I realized I was being a little nosy. I explained that I was only concerned about her.

It was then she gave a wide smile with a mouth devoid of any teeth. It was a beautiful smile, though. She started narrating her story in her own way. She said she had been living there all alone for the past 25 or so years. Her husband used to be a war veteran and so they were offered the flat at a subsidized price way back in the fifties. They had three children, two girls, and a boy. She also added that life had not always been easy during communist times in Poland. But somehow, ends had been met and happy times had been created in her family.

Her husband, who she loved dearly, passed away in 1985 after suffering a bad stroke. At the time her husband died, she had already had 6 grandchildren. Most of them were teenagers, she said.

Her daughters and grandkids stopped visiting her three or four years after her husband died, for reasons unknown to her, and gave her lame excuses. She couldn’t get in touch with them since none of her children wanted her to know where they lived.

However, her son visited her twice a year until a year ago. He gave her money to survive, in addition to the pension, she got every month. He also took care of official matters of the flat, remotely. Whenever she asked him about others in the family, he just said they were fine, that’s about it.

Her son never once came to see her during Christmas times. It used to be an issue for her to spend Christmas all alone with no one to share the time and happiness with. But as years went by, it became her new norm.

Imagine having to spend 25 Christmases and New Year’s all alone in your home. No hugs, no kisses, no family around you, no one to cook food for you, no one to give presents to and receive presents from. It’s really hell on earth. I am sure there are many more Dagmaras in every country, sailing boats similar to hers.

Anyway, let’s get back to the story again. I saw her one more time the next week. A similar Sunday morning. This time she asked more about me and my family back in India. I told her she reminded me of my maternal grandmother, who is almost her age today.

I asked her as to how she spent her days alone. She sighed and said that it wasn’t easy. She added, “When you get older, you’ll have sleep issues and pain in different places in your body. When you don’t have anyone to take care of you at my age, it seems even more painful.”

On a typical day, she reads, watches TV, does crossword puzzles, does gardening, and goes to the grocery store and the church, which are only a stone’s throw away from where she lived.

She said, “People change all the time. I don’t know what’s wrong with them. No mother would expect her children to be with her all the time. It once used to be feasible, but not anymore. When I look back at all the sacrifices I did for my family, and all my dreams that were put off for another time to take care of my children, it makes me wonder why I did what I did. If I had some kind of magical power back when I was a teenager and foresaw my distant future without everyone I would ever love and live for, I would have lived differently, perhaps. Living alone for this long is a punishment of some kind sent from above. I have sometimes wished I had perished in the concentration camps at the hands of Hitler.”

She added, “I also see that these days, the world and its inhabitants are getting more and more impatient, irritable, violent, and whatnot. The world has changed so much, and so have its people. There are so many people today and it’s going to be a rough ride for future generations to feed each other and live peacefully. In these times, it’s better not to have children at all. This world isn’t a safe place anymore, to be honest. If I had known before that my own kids and grandkids would abandon me, I still don’t know why, I would not have even become a mother. I still love them anyway and always will until I close my eyes. That’s a mother’s nature, isn’t it.”

Those two sessions with Dagmara kindled many important questions inside me. One day, we may all get as old as Dagmara. What will life look like for us after 40 or 50 years? Will the sacrifices that we do for our loved ones be reciprocated, at least to some extent? Will we have to face a lonely life like Dagmara? When we are young and healthy, nothing bothers us. There’s no pain in the body. There’s vigor and stamina all the time. But when we hit our 50s and 60s, things change quite a bit. That’s when we will need people close to us or at least people who will willingly visit us and help us out during difficult times.

Dagmara’s life is an example of how unfortunate people could get despite doing everything they could for the ones who once needed all their help. I moved out to another part of the city a few months later. Life went on for a few more months. Deciding to meet Dagmara again, I went to my old block. I saw a few new faces in her home when the door opened. I was told that Dagmara died in her sleep two months ago. The people I saw were her children and grandchildren and their families. They were finally there, perhaps, to sell the flat and take their shares. People are lovely, really.

I got the address of Dagmara’s resting place from her daughter. I went there and stood in front of her tombstone for about 30 minutes. Then went home.

If you’ve read this far, please make it a point not to abandon your parents or loved ones. They need you. Try to keep them with you if you can or else pay frequent visits to cheer them up and give them more than one reason to continue living. We are able to experience this life and all its pleasures only because of our parents. I know this is getting too philosophical. I’ll stop here.

Thank you for taking the time to read.

More stories from The Soulful Scribbler and writers in Confessions and other communities.