by Mist Memories 3 months ago in Family
Report Story

I promised never to tell Mom! 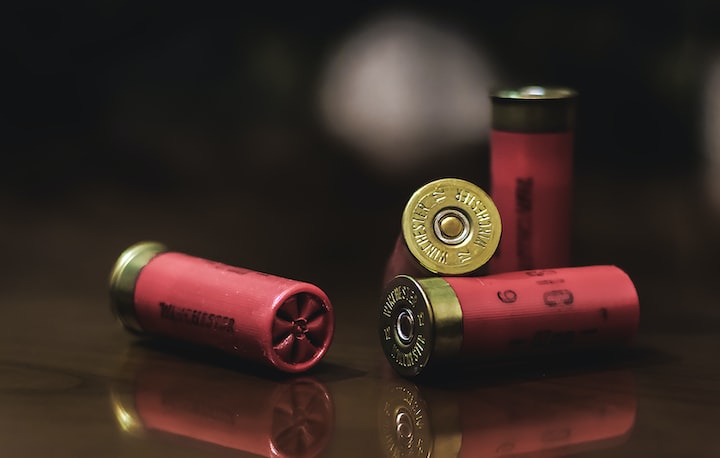 Photo by David Levêque on Unsplash

Hey Mom. I never told you this before, but there's a story behind that yellow piece of tape on Marie's bumper. I promised not to say anything less it be on my grave as we all know it would send shivers down your spine to know just what happened the day the tape was placed there. Marie and her baby Kylie are just fine and have lived to tell the tale, though, I don't believe I feel incredibly safe near Lee anymore!

You see, Lee was outside cleaning his guns when Marie decided to go shopping with Kylie one day. When they pulled the cherry red Impala out of the parking spot a loud bang was heard throughout the block. Everyone was in shock, especially Lee that somehow his finger had found the trigger and instead of being aimed at the sky, it was aimed at the bumper of the car! I wasn't there at the time the incident occurred and I believe that Marie never called the police either.

In order to hide what had occurred Lee came up with the idea to place that yellow tape over the bumper which is still on the Impala today, years later. Lee told me that the trajectory the bullet took was a miracle as it somehow went over the gas tank of the running vehicle, underneath Kylie's car seat, and out the door before coming into contact with Marie's body. If it were me in that car I would have immediately sent for the police, but somehow, they decided not to take this action.

Mom, now I know that you must be frustrated with me for being so secretive all these years about this incident. I believe that Marie only wants the best, though oftentimes her perspective is skewed so we can't recognize how she thinks like this. You're right, to be worried mom. I have been also. I watch from the sidelines as Marie takes the steps she needs to overcome her struggles in life. I pray every day that nothing sinister comes to her, and I believe, mom, with this bullet incident my prayers are working.

If I can tell you another secret mom, I don't like keeping secrets. Sure I'll play games and scare the kiddos at times by jumping out of places while playing hide 'n seek, but that's different. I can't keep a secret very well about what I got people for Christmas. But these secrets... ones that include incidences where people were in trouble... I don't like keeping them one bit! I would much rather be honest.

When I was younger, mom, you taught me that it was better to be honest with you. When something was wrong, you were able to tell due to something being inside of me that was hurting and that needed to come out. I miss those times when life was so easy and everything was known about me. When I knew who I was and others did as well because I was always able to be myself. Days when we could understand each other and really learn from all of the experiences around us aren't gone yet, but it's so much harder with secrets being everywhere.

So today mom, I need to say I've decided to live in the moment. It's really the only way that I can hold secrets like this one, and not say a word about them unless asked. Living in the moment means that I can forget what happened when it is something that hinders or hurts me. Living in the moment also allows me to feel the joy that is in each moment and make time worthwhile. It's actually silly, mom, that time can be seen as currency when one lives in the moment instead of living any other way in our world. I'm not sure we will ever be able to see how much of this time currency we have though.

P.S. - With all the currency of time I have left I want to thank you for being my mom, and for raising me to be who I am. I quite literally couldn't have done it without you! I love you Mom!

It's impressive how two simple words can change your life isn't it? I will be writing about everything under the sun, most of my work leans to the inspirational side of things or recalling memories. Please enjoy the read!

More stories from Mist Memories and writers in Confessions and other communities.