Memories...in the forefront of my mind

by Barb Tierno 5 months ago in Teenage years
Report Story 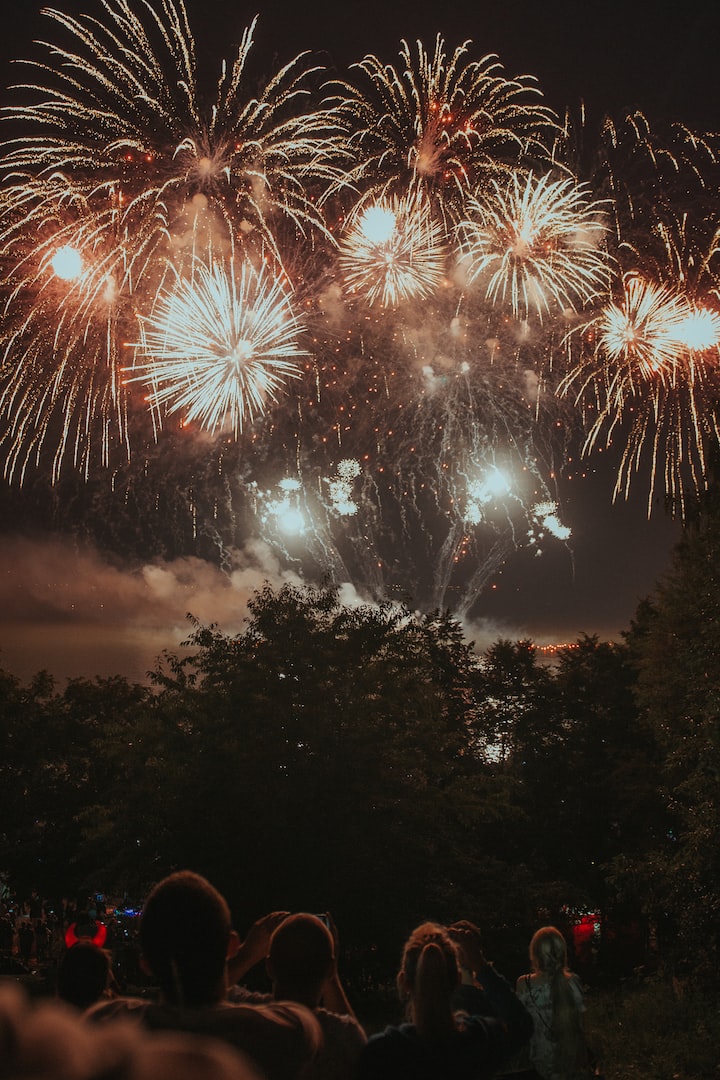 Photo by Zuza Gałczyńska on Unsplash

On occasion, thoughts of my former life seem to bubble up to the surface. Only having but 40 years on this planet thus far might do that to someone. To be quite frank none of this ever felt quite right. Still doesn't. There was a short time I felt like I belonged in my own skin and I felt happy to do so. I am hoping that this mild-mannered catharsis will eventually lead to a break-through rather than a breakdown. I really cannot handle another breakdown.

"I literally thought I would die at thirty"

I do not tend to enjoy regurgitation of the past because I feel like I have done this so many times before that it cant possibly unfold the great mystery as to why I think I will never amount to anything. There was a time I literally thought I would die at thirty. I didn't know how, I didn't know when - I just thought it wouldn't happen. I never made plans - I didn't think there was a reason to disappoint myself. I had enough of that!

I am not sure how other people remember things. There are a few things I call, "memories," but are really little snippets of what I remember. Is that all a memory is? Little videos that replay that may or may not have happened? They aren't even clear, actually...they're blurry and random. Also, there aren't many I remember - sometimes, I am able to recall the words that were said by others in those moments and I wonder if people have memories of me and anything I ever said that was less than intelligently thought out? We were all trying to navigate the world though, we didn't know. What if it changed the way they looked at me forever?

Lately, I have been going out and running into people - they actually haven't noticed me - in random places, that I am not typically in. I have never said hello, as these people and I are not friendly. I find it odd that this is happening, it seems like the energy surrounding me is preparing me for something and I feel fear when this happens. Like I am not real, or something much more sordid.

“I wish I had never been born, that I was killed, like those other two,” on occasion that was my “line” when I was mad at my mother. Sadly, that would come out even into my adulthood and it was more pathetic that I still resented being born, even well into my late thirties.

I always wanted to believe that in my slight moments of clarity that I would find the meaning of, or motivation to, or break-through, in every slight of change. I was always left feeling fake, empty, almost failed - but in a sense – I already knew it wasn’t going to stick. Even if I did come to understand, I would never find solace. No peace was to be had - not for lack of trying - I suppose, just waiting for the inevitable.

“you’re the best, you’re so different than everybody else – preciosa”

“I can usually figure people out, when they are interested – I can’t figure you out- I can’t read you”

“I love you, I will always love you”

“I loved you because you never judged me”

“I love the shit out of you, even though you make me feel like an asshole for it”

“you need to learn when to shut the fuck up”

"you have done so much for me, shown me so much respect, and loyalty and I took that for granted"

When I was a little girl, there was certainly something different about me. I was always longing for affection and love, and I was often pushed away. I started to become hardened. I was teased a lot in school, I wasn’t allowed to see my friends much – just neighborhood kids that weren’t really my friends – not that it mattered because those kids were mean, too. I guess the only person I had to trust was my brother, and eventually deserted me.

I became a mouthpiece for a battle that was not mine

I don’t know where exactly I lost my exterior to shield myself from things that would send me crashing today. I became more and more self-conscious and aware of the things I didn’t have – safety, love and support. My family life was chaotic. I was stuck in this house where everyone was miserable – everyday was the same. Argue, eat, do nothing. I was frustrated. I hated my father and resented my mother for not leaving. Anger became more and more evident as my voice started to carry weight within the walls of this home. A home I had wished would crumble, much like the people inside were. A family I hoped would disassemble, much like I became – unhinged and hopeless. The more I became involved in their fights the more I lost my self. I became a mouthpiece for a battle that was not mine and further tethered to someone I needed to distance my self from most. The focus I had on school – I lost. Along with that, the dreams I had of ever effectively leaving my house were squashed.

I became immobilized by the depression.

That's where it began. Even though my mother had tried to convince me I was depressed earlier in my life, the counselor assured her it was all normal teenage angst. I would sit in that beautiful church in the pews, while she had her own therapy and write. I would write and I would find peace. As I got older though, having some troubles with my mates at lunch. I didn't like many people and they didn't like me either. I wanted to switch my lunch period to be with my friend I actually felt comfortable with (which really wasn't saying much). The guidance counselor, eager to dissect me - she could see something deeper. She kept pressing me for more information and I was not comfortable divulging. You see, when I was really young and in elementary school I told the Nurse some things that made me feel embarrassed for telling and I think from then on I kept everything to myself. No one really listened to me - honestly, I was really brought up to believe my words meant nothing. That's something that I carry with me to this day and I still need to confront.

While her good intentions were just that - good - sometimes, I had wondered if she had just left me alone I might be singing a different tune right now

When this adult, who was actually taking interest in me and wanted me to talk - I was flattered. It was very enticing, I wanted to tell her everything. So I did - and the minute I opened my mouth to my well-meaning guidance counselor that fateful day - my whole li(f)e became real. While her good intentions were just that - good - sometimes, I had wondered if she had just left me alone I might be singing a different tune right now. It all came out. This led to years of medications, hospitalizations and hysterical fights in my future. I became transfixed on the "truth," the truth? No one wants to hear the truth, let alone be honest with themselves. That's the truth I know - not one I want to believe. I am not so sure I am doing this, "adulting,' thing right. Well, as I am reading this - and I realize it's sort of all over the place, I kind of just wanted to get it out. I think that my fighting spirit is still there, it has to be. Despite all the self-inflicted drama - I am still here, for what reason. I'm not sure. It's not to be this angry person I am right now. It's all so selfish, the way I am and maybe that's why I am so in my feelings. I'm being hyper influenced by these instagrammers. I think I should shut off my phone for a while!

More stories from Barb Tierno and writers in Confessions and other communities.