Making it to Heaven

Try getting to heaven when the rest of the world no longer dies. 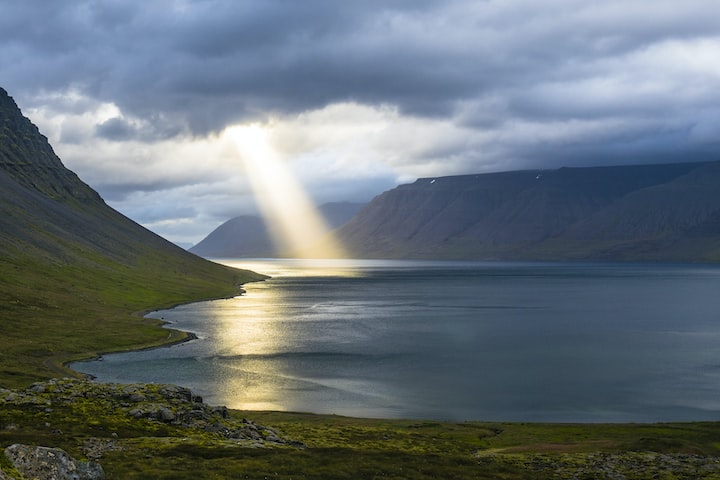 Photo by Davide Cantelli on Unsplash

Making it to Heaven

One minute I was walking down the sidewalk mentally reviewing what needed done today, the next minute there was the squealing of tires, crunch of metal, and Pain. It was intense pain that seemed to radiate throughout my whole body. I tried to move. Nothing. Tried to speak. It was the same. Nothing came out. Then things got really weird. All the noise that I’d been hearing, people screaming, horn blaring, sirens, and someone talking to me, I think, just seemed to fade away. Until I heard nothing. It was the same way with my vision. It just faded from a flurry of activity and panic around me to, well, nothing.

It was then as I glanced around that I realized I was walking down a long hallway. It had no doors or windows, just a light at the far end that I felt I needed to go to. It seemed to take forever to get there. Every now and then I’d get a brief glimpse of the scene I’d left with a bit of sound that would just fade. Then I stepped through the light into what appeared to be a large reception room. There were chairs for waiting, bulletin boards, tables with all sorts of reading material, and a large number of people waiting.

Slowly, the line moved until it was my turn. A beautiful glowing person stepped out and called my name. He looked angelic; I could almost see wings and a halo. I approached him. “I’m Dawson.” I said and extended my hand.

“Matt.” He said in a booming voice as he took my hand, “Follow me.” He boomed and turned to enter the big white door opposite the one I entered when I arrived. They were the only two doors to that room. I realized just then that there was no one else in the reception room. Confused, I followed Matt down the hall to an office.

“Sit Down. This won’t take long. It's just a little paperwork that needs completing.” Matt said as he took his place behind the desk. He opened a large file with my name on it and began scanning it. “Dawson Jones. Thirty eight. Killed in a car accident. Pedestrian hit by a car driven by bank robbers avoiding the police. The Car totaled, all but one passenger killed. Two injured in a car they hit and careened off of and one Pedestrian killed.” He looked at me.

I couldn’t speak at first I was flabbergasted. I’m dead! Oh God! My family! What’ll they do now? I mean I had a life insurance policy, but how long that would last I don’t know. I won’t get to see my son, Bobby grow into a man or my daughter, Julia graduate or go to prom. Martha, my Martha. My beloved wife, how will she get through this with our youngsters to raise? I’ll never get to see her again. I was hit with intense pain again. This time grief over what I left behind, over all I had left to finish filled me.

Matt rose and circled the desk, then lightly touched my shoulder. “It’s all right. Your family will be fine. I expect you didn’t realize you had passed on.” he returned to his seat behind the desk. “Here’s how this works. In order to gain entry to heaven you must apologize to everyone you wronged in life and be forgiven. You will be sent on the path that leads to heaven where you will meet all you’ve wronged along the way. There will be a place where you will have to wait until those who have not passed away come along and you can ask forgiveness.” He explained.

Before he could continue, a woman hurried in and handed Matt a paper. They spoke briefly then she left and Matt turned back to me. “Seems, the human race has invented a way to live indefinitely, so the rules have changed in regards to entry into heaven. Since it may be a long, long time before those who haven’t passed on will join us. Instead you will complete a time of service to work off your wrongs. Seeing that you’ve worked in an office in your previous life, It has been decided that you’ll work in the file room where you’ll file all paperwork regarding all wrongs committed by those who still live. I’ll need you to sign these forms and Gracie will show you where you’ll be working. “ He said a little too enthusiastically for my taste. I signed what felt like a million forms.

Then Matt stood up and shook my hand. “Welcome to purgatory!” He boomed and Gracie asked me to follow her. I did so realizing with immortality now on earth that I may never see my family again. With a sigh I start my work and pray that my family lives a good life and avoids wronging others as they live because if ever something happened to that invention they would be millenia in making it to heaven, if they ever did.

Laural is the author of a children's book called "The Blessing Angel." She has had several poems published and has a history blog. When she is not writing she works at a bar and grill. She loves to camp and hike with her family.

More stories from Laural A Seither and writers in Confessions and other communities.