by Sprat about a year ago in Humanity
Report Story 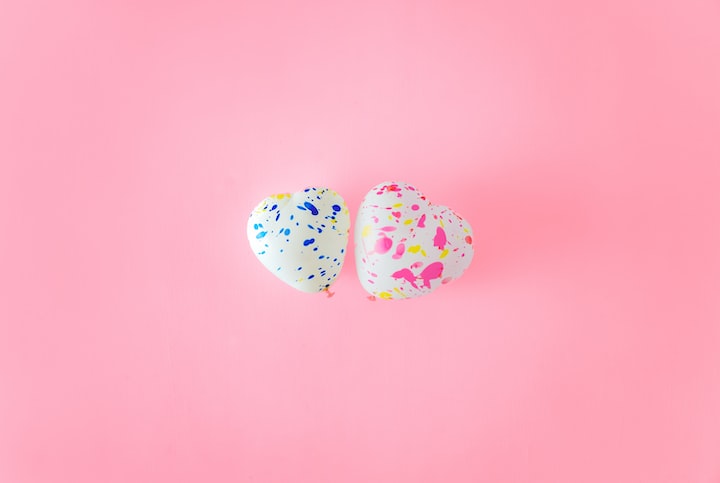 Photo by Akshar Dave on Unsplash

Those that know me personally know that I have a hard time describing my feelings. I'm not incapable of having them. If anything I feel too much about a lot of things; I've been obsessing over timeliness and patterns and trying to avoid uncomfortable scenarios for the better part of a year (along with the rest of my life) - with little success.

A deep conversation with me is like trying to edit a college thesis written by a twelve year old. Now imagine trying to write that thesis. The time I spend trying to come up with more ways of describing why this is nearly impossible - well, if that doesn’t say enough, I’m not sure what will.

Love is not a foreign concept to me - but sometimes it certainly feels that way. Trying to grasp onto an idea that you've only seen in movies and songs, a manifestation, glorification - something out of someone else's imagination times a thousand.

These feelings I wanted to have were based on others representations of love and what it is to love somebody else. They weren't my own, and that was most likely what the problem was. And also, the fact my losses caused a buildup that was about six feet deep.

It's very difficult trying to reach for something that you know isn't there, something you know belongs in a movie scene right before the credits roll. The content around me made me into so much of a hopeless romantic; I’ve been bummed out quite a few times when the reality wasn’t matching my expectations.

The rumors were all true though, although at first it's hard to believe - when love hits, it's unexpected, and the kind that's deserving isn't as painful as you would imagine. The kind of unexpected that leaves you a little bit scared - gets your adrenaline going; the top of a roller coaster. You know what's up next, but there's something about it that leaves your heart in your throat. So, yeah, it’s pretty terrifying - but I wouldn’t want to be anywhere but on the edge of my seat - for once. All of this new information and all of these new feelings are surprising - unexpected. It’s like the part of my brain that needs to analyze was shut off, or at least put on standby.

My mind kept searching for doubts, trying to give myself a reason why this isn't real, cushioning for a fall. But no matter how many rugs or couches the tiny me in my brain looks under, no excuses are found.

I was frantic searching for excuses before, mostly because I value my independence and how far I've come at healing myself. Someone else taking part in that? Pffft, impossible. And for the longest time (or what felt like the longest time, it wasn't really that long) it did seem impossible.

But every time I hit a wall with trying to find reasons, I felt something else - and it was incredibly easy to describe. And it was describing it in my own way instead of something somebody else came up with, or a past experience, that made it real. Long car rides with no destination, staying up to watch the sunrise, how Fall smells, the way the sky looks after it stops raining, listening to a great song for the very first time.

All of these things that fill me with sensations and feelings, the things that make me feel okay, that's what love feels like. Like things are going to be okay, but you know if you try to explain it to somebody else they just might not get it the way you do. Yet, this doesn’t bother me as much as it used to.

Welcome to my journal. There's a bit of everything here. Trying to focus on the good.

More stories from Sprat and writers in Confessions and other communities.