The part I hate the most when writing a novel 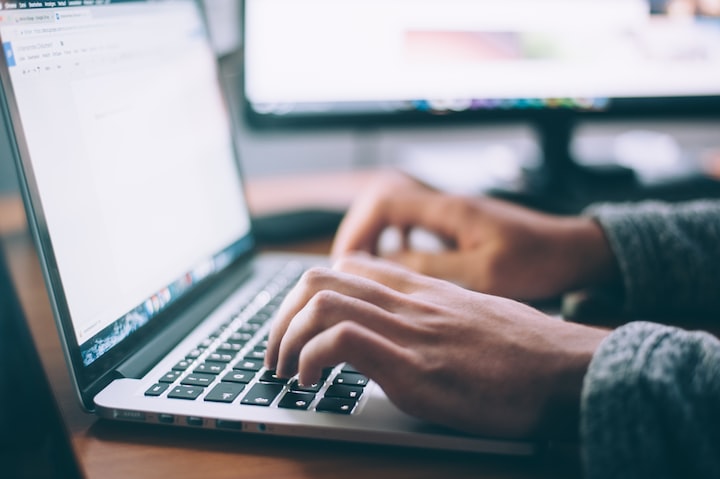 Normally, I don't stay up late. By 10:00pm my phone screen is black and I've given into the first wave of melatonin. I do most of my writing during the day, under the eye-straining light of my office at work. I read over the first draft, drawing small triangles, hearts, and squares between sentences in my efforts to cleanly refer to little edits I've put in the footnotes of the paper. I read over the filled pages of my journal or printer paper and smile. Sentences build into paragraphs. Paragraphs become chapters. Chapters form a rough skeleton of a hopeful novel. I'm excited. It already has a title. I'm certain that it's my best work yet.

First draft gets first edits. After a solid year (or more) of writing my story, it comes time to type it. A chore. As I'm typing, I find more things I want to change, and I stay up later into the night. From tweaking 'said' to 'demanded' or any other more expressive word to combing out -ly words and verys. Conversations between characters shift into something more clear or completely different. This stage keeps me up as I try to get in one more page and watch the word count go up (my favorite part). Two hundred, two thousand, twenty thousand, and then fifty thousand. I look up how many words make a novel. It's midnight, but I've made it.

I read over it again during the day. Third edits to fix what I frogged while typing half-asleep with a brain that quit two paragraphs ago. I've told my mom (the world's most dedicated beta reader) all about it. She's helped me pick out names and heard the plot, but I have to give her something she can read. Some sentences are missing verbs. I misspelled the word bowl to bowel for three pages (true story). I'm rereading and revising. My distracted afternoon slips into the golden time between 7pm and 10pm. Anything past that, my mind is tripping over every word as I read the same sentence aloud for the fourth time. How can it already be tomorrow?

Fourth round of edits. The story goes to my beta reader (read: mom). She reads through it, making edits and asking questions. "Put the story on the page. What is this character feeling here? The reader can't read your mind. More detail here. When did this character get up?" More late nights and edits lie ahead as she goes through the story.

We go back and forth, the story growing as I feel like my teeth are being extracted. It gets to the point where I don't know what details I'm not putting on the page. I didn't think about what the character was thinking, and my edit could be deeper, but I don't know how. I think she's overthinking it. My mind struggles to create more words, more sentences for her. My 'best work yet' is feeling misunderstood and rough. Because it is. The more I read it, the worse I feel about it, but it just needs work. I go to bed late a few nights a week because I'm looking over edits on my laptop. My eyes are tired and my head hurts.

Five, six, seven rounds later, and the story is like a favorite meal I've eaten until I've made myself sick. It's my old favorite song that I've heard too many times. It's been a year since it took me a year to write it. I don't know how many times I've read it, but both my beta reader and I have the sentences woven into our brains. When we talk about it on the phone, it sounds like we are talking in code. I know it's a million times better than it was, and I don't know where to go from here.

I feel like she's nit-picking. She feels like I still have story stuck in my head. I promise her my head is empty at this point. My brain is pure TV static. I'm exhausted. My mind whispers to me about another story to work on while I wait for my beta reader to review what I changed.

I pick out another journal. The process starts over without ever completing the last cycle. I feel refreshed by the new story. It's much better than the last. I want to be done with the old story and focus on the new story.

Round eight or higher. I send my novel to an editor. It's hundreds of dollars to spend on a hobby that I want to make my job. It's a hard job to get. To be noticed, liked, maintained. How does advertising work? I don't think I'll ever know.

The editor gets back to me. I go through the whole thing again. My writing has improved. She compliments my world building and details. My tense and characters need work. How do they grow and change? Some aren't likeable, at all. Unredeemable. I go through the whole thing, again. Every single one of my teeth has been yanked from my head. My sleep is all over the place. I sit at my computer and watch my beta reader read the edits I've made after the editor had it.

Nine? Ten? Rounds of editing later. My beta reader and I are still ping-ponging over little details. I'm so sick of my own story that I could cry. I did cry. I'll do it again, too. I feel like touching it too much with make more mistakes. She wants me to wait for her to read it and tells me I should read the whole thing through, again. I've read it so many times by now that I can't make my brain digest it as a complete piece.

Then I published it. Skeletons: Book One went into the world, to be mostly ignored, in 2018. I had just graduated high school. Four years later, it makes me cringe. I know I could do so much better now, but I am certain it was the best nineteen year old me could do. Skeletons: Book Two came out two years later in 2020. It has been more ignored than the first one, but I think it's better written.

I've gone through the same circus of editing with the next book I want to put out. It's a fantasy-horror set in a massive forest of trees. I even submitted it to a real publishing house instead of going through Amazon. The publishing house gave me feedback that sparked my creativity. I spent all of 2021 rewriting it. The novel went from 50k words to hitting 83k. Nothing to sneeze at.

They rejected it. My heart broke. I wasn't surprised, but I was disappointed. I need help from a publishing house to gain attention and get the world to give my writing a chance. Maybe it's egotistical of me to think my work is great and worthy of doing well. Maybe it's confidence.

The rewrite is resting for a bit as I try to force myself to read it over and make more edits. There's been limited success. Sadly, making myself read the same story that I started in 2017 and have poured about four years of solid work into is difficult. It is much, much better than it used to be, and in a lot of ways, I feel like it's done. Or that it needs a new set of eyes on it. If someone new read it, then they would find the last tweaks it needs to be as close to perfect as possible.

I want to submit it to another publishing house to see if they'll pick it up. I'm actually writing this so I don't rush and submit it. There's fear under that impatience. A fear that they, too, will reject it for being weird and other worldly. A fear that they'll take it and it won't be as good as it could be, but they publish it anyway, filling me with regret, only to have the world ignore it. A fear that it will be picked up and do amazing and thousands of eyes will suddenly be on me.

My alarm will go off at 5:55am tomorrow. I'll have to make myself get out of bed and go to work. There, I will do my job and rewrite the story I want to go out after the horror-fantasy. It's more normal and makes more sense. Though I worry about it being boring (because I find it to be after spending so much time with the horror-fantasy), I tell myself it's okay it let this story be itself. A more simple, calmer story about a young woman and a young man going on a trip.

Maybe tomorrow after work, I'll force myself to sit down at the table and read more of my book, rearranging syntax and making sure it reads how I want it to read. Maybe sometime tomorrow, or next month, I'll get through the last stages of editing and be free to get sick of my next work of art. But now, my dog is telling me to go to bed because it's almost 11pm. So, good night.

Darby S. Fisher is an author from the southern United States. She has two self-published books, Skeletons: Book One and Skeletons: Book Two. Her daydreams include publishing her own collection of novels, short stories, and poetry.

More stories from Darby S. Fisher and writers in Confessions and other communities.