by Robb Hassell 29 days ago in Embarrassment 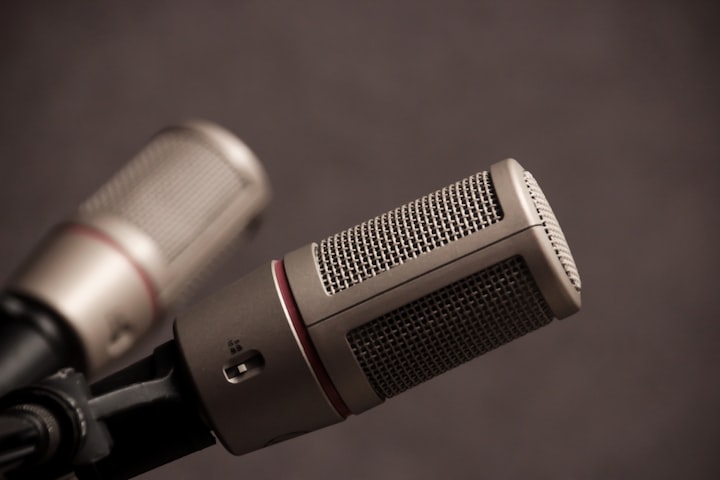 Photo by Gritte on Unsplash

T’was the night before Christmas…I mean literally, it was the night before Christmas. Midnight Mass was being held at our church and I was again among the enthralled worshippers who felt obligated to attend the celebration. I guess it was to be expected of me as I sang tenor with the choir as well as played percussion, however unlike all the others attending, I wasn’t Catholic.

Yep, I was celebrating the second most important day of the Catholic faith and I wasn’t a member of the church. (Easter is always the most important as it is a celebration of the day Christ was resurrected. This is indeed a day to be celebrated, however I have always found it oddly weird that the day is always celebrated on a different date every year, depending on the lunar cycle. Fortunately, it is always on a Sunday, which works out nicely for those already going to church.) And, as all devout Catholic’s do, they have to be the first to worship in the birthday of Christ, which I found was quite unlike the Southern Baptists whom I grew up with. No God-fearing SB would stay up all night to worship a birthday. Better to wait until after presents (brought by Santa Clause, who, as far I can recollect, wasn’t mentioned in the Bible as being involved in the birth of Christ unless you read the Bible of Capitalism, “How to Market Anything.”) and Christmas dinner. Actually, better yet, they will catch it the previous Sunday or the following, whichever is closest, since they have to go there anyway.

So, why was a lapsing Baptist worshipping at a Catholic Church on Christmas eve? Simply put, the schools near where we lived were terrible and the Church had the best around. My wife was Catholic, being of the lapsing faith as myself, but it got us an in to the school. The only other requirement was each family had to participate in the Church, in some respect. Seeing as I was musically inclined and love to sing, it was a simple choice to join the choir.

I grew up in Texas where they grow the best Southern Baptists in the country, and the churches and Pastors are true monuments to God. Music is an integral part of the liturgy and the churches have massive choirs. Some choirs seem to outnumber the parishioners sitting in the pews. Our church was no different. My father was a part of the choir for years before he got involved in the their new, state-of-the-art sound system and started running the sound board for each service. This was a treat for me as I could go to the early service and sit in the booth with my Dad. That was where I learned about mixing boards, sound engineering and that sitting in the congregation sucked. I mean there was nothing to do but listen. In the booth I could see things happening and my father and I would have a chance to talk during the sermon. It was a special time for me.

Alas, all good things end and my father had a falling out with the church and left. This was fine with me as he wouldn’t allow my mother to go and Sundays became a day of rest, literally. I didn’t go back to church until many years later when my kids started Catholic school and I had to attend.

The competition within a Baptist Church choir was both intense and political, thusly auditions were required to join. Because this was what I was familiar with, I figured it would be the same at the Catholic church, so I practiced, a lot. I know there was no way I wanted to be part of the congregation, plus we needed to be involved with the church and if I didn’t make it, I would be forced to be part of the welcoming committee or some other mundane group. Plus, I loved to sing and was actually looking forward to being around others who enjoyed music. All that being said, you can imagine my surprise when I walked in to the choir rehearsal on that Wednesday and saw approximately twenty-people there. I introduced myself to the choir director, Kerry, and told him I wanted to try-out for the choir. He just looked at me in a puzzled way and then asked what vocal range I had. I explained, in what had to sound overly pompous, that I was a tenor, but could easily sing most baritone parts if needed. He nodded as if pondering his needs and then told me welcome and to sit in the tenor section, pointing to the top row of their choir loft. I was in.

I should say that the choir loft, was not a loft in any respect, more of an alcove shunted to the side of the church between two large, modestly ornate columns which obstructed the view of most of the congregation. It also sat directly across from the alter, directly behind the organ, so the sound was directed at the Priests and not the parishioners. The fortunate thing was there was an excellent sound system with small, highly sensitive mics which produced a very clear, resonant sound throughout the church.

Being a part of such a small choir, we all became quite close. I enjoyed my time there and was soon singing solos and became lead tenor. When Kerry learned I played percussion, he put my talents to use as often as he could. We performed at the main mass every Sunday, rehearsed on Wednesdays and held two to three concerts throughout the year. But, by far, the most important events were Easter and Christmas and we practiced twice a week leading up to both celebrations.

I just want to interject that everyone in the church was very accepting of me and the fact that I wasn’t Catholic…to a point. Although I was a fellow Christian, I wasn’t allowed to take communion. Also, unlike Southern Baptists, Catholics do communion every mass, and, unlike Southern Baptists, they use real sacramental wine. (This makes for great faces from the young kids when they have their First Communion, plus I found it amusing watching the Priests chug whatever wine was left over.) So, during that part of every service, I had to sit alone in the choir loft/ alcove and ponder why, if being a fellow Christian, I was not allowed to partake in the sacrament. Many encouraged me to become Catholic, however I was not enamored by the church and so chose to maintain my Free-agent status all through the years my kids were in school.

Over my time in the choir, we sang some wonderful pieces and Kerry was an excellent director. We performed music dating back hundreds of years in beautiful, intricate harmonies that I was amazing sounded so good from such a small choir. I sang “O Holy Night,” one year to roaring applause and many other various solos and duets. Everything went well, until…

One year, for Midnight Mass, Kerry chose a piece that included a very nice part for bells, which is similar to a xylophone, just has a smaller range. I practiced the part until I had it down pat and it was one of the showcase pieces we would be performing that night. For most of the Mass, I would sit with the choir and sing, and when the time came to play the bells I would walk up to the front. Since the choir area was so small, there wasn’t room to have the bells on a stand so I would set them on the end of the organ and play them standing there. This worked well because I could use the mic that the organist sang with for the bells. Everything went as planned and soon it was time to perform the piece. The church was silent and somber as I strode up to the organ carrying the bells. As I approached, all the parishioners could now see me and Kerry was waiting at the podium for me set met down my bells and get ready.

As I reached the organ, I turned and went to set down the bells, however, at the same time the organist was moving the mic for me and the corner of the instrument hooked the mic stand and pulled it over. Fortunately, the organist caught the mic before it could fall, however it did make a large sound that echoed throughout the silent church.

Had that been all that happened, it would not have been one of the most embarrassing moments of my life. Sadly, after the organist caught the mic, he swung it back around and the microphone just happened to end up right in front of my face as I said…

As the sound of my voice reverberated through the silent church, I heard the multiple gasps from the congregation as they realized what I had said. I was mortified, and what’s worse, I was frozen standing there holding the bells above the organ. All eyes were on me and I couldn’t move. Then I heard the snickers from the choir and I looked at the organist who was staring back at me with his mouth agape. After what seemed like an eternity, that got me moving.

Slowly, solemnly I turned and walked back to the back of the choir alcove/ loft and set the bells back in their case and took a seat behind the choir where no one could see me. I sat there all thrrough the service, neither performing the piece I had practiced so hard for, or singing any of the other hymns. I sat there until the parishioners left. I sat there until my good friend, Mike, who was the lead Bass walked back and when he saw me sitting there and the look on my face, he began to laugh uncontrollably. Others soon came back, laughing as well. It was so embarrassing, but they all consoled me, once they were able to stop laughing, and I realized that it wasn’t the end of the world.

Ps: I want to say that this piece is not in any way a put down on religion. This is just my own personal experience of a moment of extreme embarrassment. I have my beliefs about religion and respect the beliefs of others. Maybe America would be a little better place these days if we practiced the basic premise of what religion teaches: Be able to forgive and Do unto others as you would have done unto you.

I work as a ghost-writer and have written multiple screenplays. One was made into a short film that has won numerous awards on the film festival circuit, both nationally and internationally. Plus, I give my time to edit work for the deaf.

See all posts by Robb Hassell →