by Jesse Bixby 5 months ago in Embarrassment

The scariest thing that never happened to me. 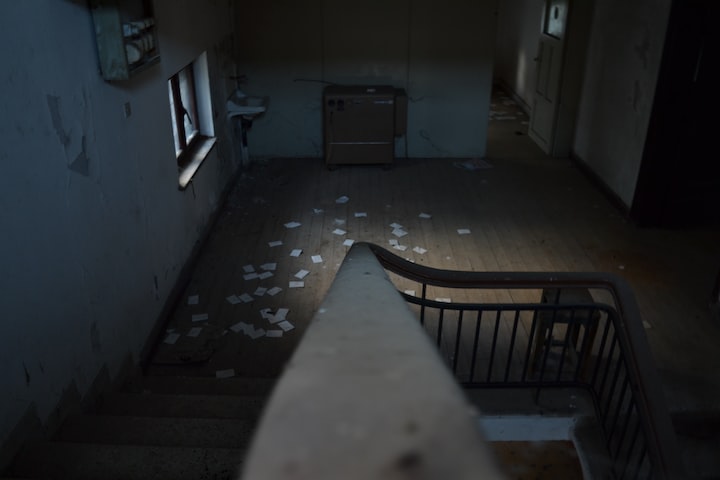 Photo by Greg Panagiotoglou on Unsplash

It all started with a dark and stormy night, the kind of night that you'd assume a horror movie would take place. My best friend Bernadette and I were at her dad's house, alone, watching Transformers (mostly for Megan Fox) when the power went out.

Now, normally I'd be fine during a power outage. But in Berna's dad's house? Not a chance.

Berna's dad, Ace, lived on the Southeast Hill in my hometown, a part of the city that had a lot of heritage homes. His house always freaked us out and we believed it to be haunted, although I personally never saw anything, but I took Berna's word for it when she said the wifi would randomly drop in certain spots or that she'd hear footsteps, she swore. There was also a creepy room in the basement behind the stairs that looked like it was painted to be a little girl's room with pink paint and flower stenciled onto the concrete wall.

We sat in the dark in silence, unsure of what to do, with a handful of Pringles in my palm, waiting for the lights to go back on.

The lights and the television flickered back on after a few minutes, but that's when the craziness started. A piece of paper flew off the desk across the room from where we sat. I looked at Berna with alarmed eyes, but she assured me that that was the kind of stuff that happened around there.

The pounding came from the stairs to the basement, which was right behind us in the living room. I don't remember much during the following seconds, but I do remember crumpling the Pringles in my hand and throwing them across the room while running out the door with no shoes on. I'm not even sure if I had my phone on me or not, but my fight or flight screamed GO and I assure you, I WENT.

"Berna, grab your keys!" I screamed from the street. Her car was unlocked so I let myself into the passenger seat and locked all the doors.

While writing this just now, I realize I am that awful character in the movie that ditches her friends for safety. Except I don't feel bad about this one, but hang tight for that part of the story.

When I looked up at the house, I noticed a light was on in a bedroom upstairs. We hadn't gone up there all night and there was no reason that light should be on.

That's when I saw a figure with long hair and a dress on through the window. She stopped, moved the curtains, and stood there staring at me in the car. I let out a bloodcurdling scream for my best friend, who came flying out of the house with her keys in hand, and we started the car and drove off down the street to get the hell out of that situation.

The pounding came from the staircase and as we turned to run outside, the doorframe came flying off the wall from the kitchen. Screaming, we grabbed our things and Berna ended up driving us all home for the evening so we could cuddle in bed with our parents, but ahh, not before we could make Facebook posts about it.

Jesse Bixby is... having the scariest night ever! Berna's dad's house is soooo haunted! (Circa Facebook 2009.)

After a couple months passed by, someone let the secret slip that the entire thing was a prank, orchastrated by Miss Bernadette herself, with help of our friends Josh and Levi. Yup. The entire thing wasn't even real.

Easily one of my more embarrasing moments, and you could definitely say that I'm a gullible target, but hey, at least I wasn't the character in the movie to get fake murdered.

Freelance writer in Vancouver, BC.

Receive stories by Jesse Bixby in your feed
Jesse Bixby
Read next: Who Made Me?