He came across the stone Bonjour, keeping his heart warm and optimistic about his own freedom

Keep your heart warm and optimistic about yourself 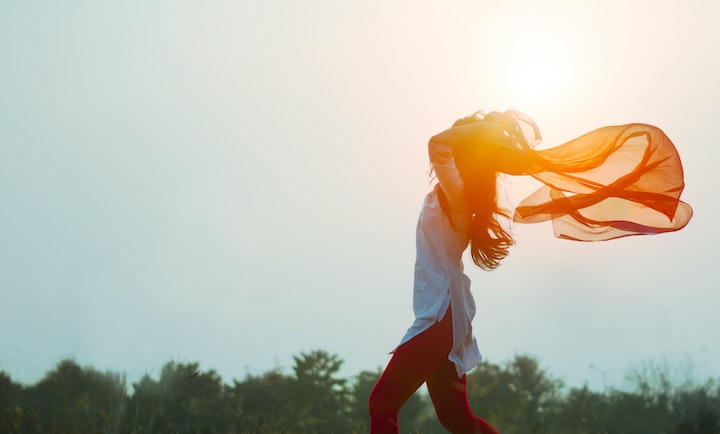 Photo by Aditya Saxena on Unsplash

The old monk had been reciting sutras and chanting Buddhism for more than 50 years, but he still had not achieved enlightenment. Not only was he ashamed, but he also had some terror in his heart: if he died in old age without attaining enlightenment, he would still be in hell if he had to carry so many debts from the offerings. The more the old monk thought about it, the more uncomfortable he became, so he stopped reading the sutra, put down the book, and resigned from the temple.

The old monk went to reclaim the wasteland, playing a farming Zen, self-cultivation, and self-sufficiency, and peace of mind to live a real life of crops. One day the old monk went to hoe the field, hoeing half a day tired waist can not get up, the heart can not help but be angry with themselves: you useless people, hoeing day when the noon, sweat drops under the earth, who knows this monk, read all the hard work?

The old monk seems to be punishing himself, digging the hoe very deep, pulling a hoe sweat flowing straight down, looking at the last monopoly will hoe to the head, only to hear a bang, sparks. The old monk dug into a stone, and could not help but be shocked. He wanted to dig the stone out and throw it away, but the stone seemed big. He reversed the hoe, "bang bang peng" knocked the stone a few times, the hoe ba with all the pieces of soil fell, in the sun's strong shine, the hoe knife flashed a few bright lights...... old monk enlightenment!

Yes! Life will often encounter adverse fates, this stone is the degree of your ah! You can not throw it away, to accept it intact, as long as you embrace it, and it blends into it it has a great use, can not knock off the mud, let the hoe knife become bright and shiny? Stones, are sometimes more useful than mud! Mountains, rivers, and earth are everywhere the Buddha, all human worries can be instantly transformed into bodhi.

The old monk really came across the stone Prajna, and his heart was filled with the warm joy of gratitude, and he finally found his original freedom instantly. From then on, he had no more worries, no more shame, no more terror, no more complaints, no more temper ...... life is complicated, everything is such a subtraction, life is like a big stone, knife by knife, those useless things finely carved away, the Buddha just like that appeared! The stone is originally the Buddha, and all beings are Buddhas, all without appearance. All beings are Buddhas, all without appearance. Prajna Paramita is the mother of Buddha!

Why is it useless for an old monk to recite sutras? Because he did not recite it to himself, he recited it to the outside, so the mind is invoked by the karma of worries, he naturally can not be at ease. There is a very useful word, called listening to meditation. The sutra chanting is to listen to the meditation, listening to meditation is to look at their nature as the Buddha, the view of their mind and the birth of their mind, outside the mind can not be, the mind is not disturbed, the mind is not hindered, no hindrance, so there is no terror.

The old monk had recited so many sutras and had so many worries, so he would later play nong zen, only then would he encounter the stone edge, only then could he become enlightened and break the stone prajna at all times. The true meaning of life is to keep one's mind warm and happy, to view oneself, to see the emptiness of all five aggregates, and to overcome all suffering and misery!

The so-called enemies are only those who force us to become strong ourselves.

More stories from Szaflarski Salmonson and writers in Confessions and other communities.