by c 2 months ago in Childhood
Report Story

The stranger in the trees 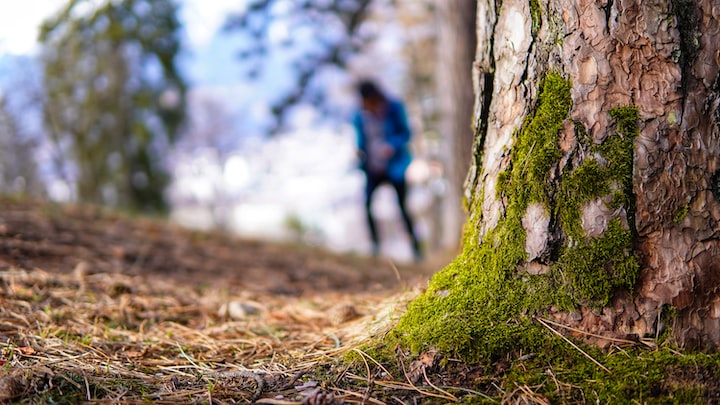 Photo by Michael Kohlegger on Unsplash

The story I'm about to tell you is different from the one told the day or two after it happened, years ago, when the biggest of my worries was what I was going to get on my latest middle school math test.

See, the real story goes against all the warnings you and Dad gave me as a kid about going places alone as a young girl. You'd think after all of those late night episodes of Dateline we've watched together, I would've known better.

The original version of the story goes something like this:

I rode my bike to S's house and a man in a large SUV (or truck, I can't remember the dramatic details I added for sake of a lie) clipped my handlebars going about 30, spilling me into a ditch on the side of the road, snapping the chain off my bike and sending me into a pricker bush. That's how I came home with scabbed knees and a broken bike.

I wish. Now Mom, if you wish to continue to see me as the well behaved and intelligent woman you've raised, I suggest reading the italicized snippet and not going much further. Knowing you, you're about to find out how I broke my bike that day, around 10 years ago.

I really did ride my bike the 3 miles it takes to get to S. I did go to her house to stay the night, that part is true. We didn't exactly sleep as much as we'd hope we would though. You see, we got bored with our horror movie binge and our garage band duel and decided it would be neat to sneak onto the local private park's swing set, to watch the stars from the roof of the baseball dugout (as we'd done plenty of times before) and to go skinny dipping in the man-made pond after hours.

For the readers to understand this scenario a bit better, I must give you a layout of the park. You see, it is private, meaning one must pay a membership fee to send their kids there over the summer. This means it is gated off from the road, which is frequently surveilled by the town police, in order to prevent high schoolers from going into to parking lot at night to smoke weed or have sex in their cars. S lived on the same road as this park, but being smart (stupid) kids, we knew that we'd have to cut through the woods to avoid being questioned by a local cop.

To paint a picture of this place, there is a trail that cuts through the woods and across a stream. If followed, it leads you to a clearing filled with sand. This is where the play ground and swing set are. Straight ahead is the pond, equipped with a diving board, floating slide, and three docks. To the left of this is the snack and life guard stands, as well as basketball and tennis courts. Walk past all of this and you'll find yourself in a gravel parking lot. Walk a bit farther until the gravel melts away into a field, where there is a baseball diamond and two dugouts. This field can be accessed by another parking lot, also frequently policed. The trail that leads to the playground through the woods is hedged by large boulders, I'm assuming a prevention of some sort, to keep curious kids from wandering from their game of tag and finding themselves in the woods.

Now that you have an idea of the place, you might be able to see where this is going. S and I decided that to avoid any police or onlookers that might alert them, we'd take the trail through the woods. This didn't seem like such a bad idea at the time, as we'd taken it many times before during the day. We hopped on our bikes, around 12:30 am, and made our way down the road, tucking our bikes in some shrubs not far from the trail's unkempt entrance. We walked the path seamlessly, guided in those last few minutes by the moonlight reflecting off the water in the pond.

We walked past the outcropping of rocks that surrounded the trail and took a seat on the swings. S was the first friend I'd ever come out to, so if I remember correctly, we spent a good 20 minutes swinging and talking about my n0t-so-new-but-new-to-her interest in other girls. At the time, the moment felt so special, so freeing. We hopped off the swings and made our way to the docks, debating taking off our clothes there or leaving them in the sand. S made the executive decision to test the water with her toes first, quickly retracting her foot with a grimace.

As she did this, I had a full view of the swing set and trailhead that we had just come from. Propped up against one of those boulders was a man, dressed in black or grey, watching us. He sat against the rocks, with a headset on. I whispered to S to turn around. As she did so, the man began to get up, not making a sound. He began to walk toward us, not breaking his gaze.

We bolted for the parking lot. The man never picked up his pace.

We found ourselves at the baseball field and one of us made the executive decision to hide. If me climbed the dugout, we'd have a decent view of the park from where we lay. We scrambled as noiselessly as we could manage, and caught our breath. I still can recall the feeling of my heart pounding in my chest. An avid reader of true crime novels, my head began spinning with all the stories that I'd consumed over the years.

When we built up the courage to peak over the edge of the dugout, we watched as the man paced the parking lot, looking behind trees and rock walls the surrounded the park. We watched as he walked the perimeter of the snack shacks and checked the bathrooms. He was looking for us. At one point, he looked back towards the fields and we ducked again, terrified that we'd been spotted. We sat in silence for what felt like minutes, holding our breath. When we looked up again, the man was gone.

I began to panic. There had been no car in either parking lot. The man must have gotten there by foot, but from which way?

Still whispering, we began to discuss the best course of action.

1. Under no circumstances could we use our phones. If he was sitting and waiting, he'd catch the light.

We decided that for awhile longer, we'd wait. We sat for what felt like hours, peering over the slanted roof to see if we could spot where he was hiding, waiting for two young girls to waltz past him as we must have done when we first arrived.

It was my genuis idea (not to call the cops, sorry Mom) to go back the way we’d came. I figured that he’d expect us to go back by the road, which was safer and lit by a few street lamps. If we went back by the road and he happened to have a car, we’d be sitting ducks. On the other hand, the woods was plain scary as shit.

I chose the woods and we crept around the snack shack, peering out towards the dock. I still couldn’t see him. We counted under our breath before making a run for it, I could hear the pounding of my feet against the sand. From behind the closed gate, the man stepped out, picking up a brisk jog behind us.

What’s worse than this asshole chasing us, you ask. He started to whistle.

Scared out of our gourds, we made it to the trail. We didn’t stay on the path, cutting major corners, tripping over logs and fallen branches, the thorns ripping at our clothes and bare legs. But we could still hear whistling. In a blind panic, we never bothered to turn around to see how close he got.

We made it to the road and ran past our bikes, not knowing where the man was and not wanting to waste any time, we continued up the street to her driveway. The whistling had ceased by then, but the pounding in our chests has not. To this day I’m surprised her parents didn’t wake up to the sound of us making it home, severely out of breath and in a blind panic, locking every door and window we could find.

We didn’t sleep that night, nor did we talk about what happened much after that. We knew we were stupid, we could’ve called the cops, we could’ve gotten our bikes, we could’ve not gone at all. We sat all night on her couch, watching old reruns of Nickelodeon cartoons and not saying much at all, just mindlessly staring.

When we went back to get our bikes the next morning, they were beat to shit, as if someone had ripped them apart.

This is my biggest confession, which I’m sure my mom would much rather hear I was drunk at a bonfire.

Happy Mother’s Day. You raised me well, despite my occasional stupidity.

More stories from c and writers in Confessions and other communities.