by Raistlin Allen 4 months ago in Childhood

A failure to communicate 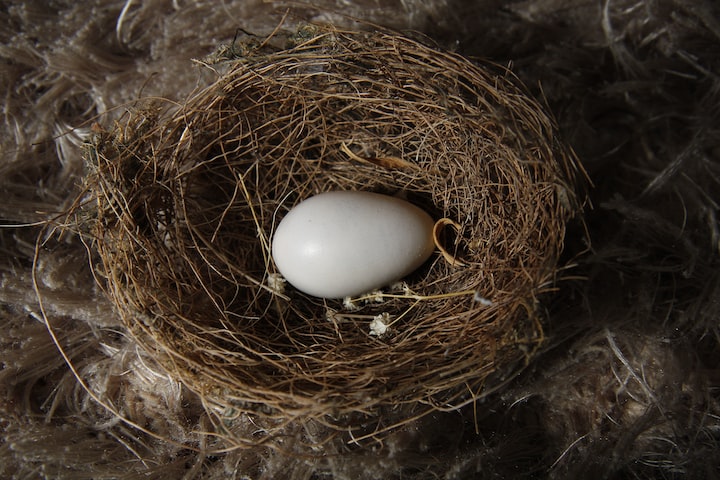 Photo by Nareeta Martin on Unsplash

Full disclosure: I know this may come as a shock to the system for exactly no one who knew my child self, but I didn’t have many friends.

I was very shy in school, unlike at home, and kids in my own age group tended to consider me weird. Whether this was because I read during recess instead of playing, my mom bought me too many turtlenecks, or because I spent all my spare time making up anthropomorphic mouse characters and drawing them on all of my notebooks, I’m not sure (yeah, furrydom gave me a very near miss. Thank you nineties and lack of personal internet access).

Whatever the reason, the result was the same: school for me was just something to survive, to sit through until I could go home and be my full self again. I didn’t have an imaginary friend (instead I would just pretend to be multiple people inside of my own head. The conversation was exquisite) and I didn’t invite people over to play (my mom tried inviting another friendless kid from my class over once but it was a decided failure. I can’t remember much about the experience except that the other kid had an unfortunate habit of picking her nose and eating it).

Having siblings was a lifesaver for me, albeit sometimes at their expense. I was a loner who was insanely into fantasy worlds. Creating stories was my passion, and having siblings allowed for me to enact every author’s ideal scenario: putting real people into roles of your choice, turning them loose, and seeing what happens.

I grew up as the oldest out of four children, all spaced two years apart from one another. With this role came some heavy responsibilities, including but not limited to the onerous mantle of ruling the kingdom of sibling-hood as I saw fit. My subjects had differing responses to my reign. Anthony, the older of my two brothers, sought to challenge my rule often; he enjoyed sports, which I loathed, and often would attempt to derail my planned programming for the kingdom by kicking balls into my wooden structures or trying to introduce wrestling to the equation. My sister Emma, as the youngest, just wanted to be a part of every game, no matter the price. While her willingness to be blindly subservient was admirable, the crown ruled her too young to understand and carry out more complex orders.

The younger of my two brothers, however, was perfect. At 4 years my junior, Jake knew enough to follow the gist of any game I devised, while still possessing an invaluable, malleable quality. He became the go-to partner in any game I created. Emma envied Jake’s status as second-in-command, while Anthony referred to him scathingly as my ‘puppet.’

Jake would do whatever I was doing, and then Emma would fall in step. Anthony would often reluctantly follow after, though he enjoyed some of the more active games. The biggest hit with everyone was a game creatively titled “Dark”, where we shut off the lights in the basement and ran wildly into each other in the seconds of complete blindness that followed. It was truly a game for all audiences. But many of the games I played were more in the league of fantasy scenarios, ranging from basic to complex.

One such scenario occurred to me when Jake and I were playing in the front yard of our temporary rental home. We had just moved to Connecticut and were waiting for our house to be built, and in the meantime, we lived in a house that I later found out was previously condemned. (that part’s not relevant to the story, but I feel like it’s a fun fact.)

My main goal in life as an eight-year-old was to forget I was human as often as possible, so when Jake found a bird’s nest, perfectly intact, in the grass at the edge of the trees, I knew immediately what to do.

“We’re birds,” I told him. He accepted this information in the zen way only a four-year-old can achieve.

The nest wasn’t empty. Inside was a single, blue egg, its delicate carapace speckled with tiny freckles. Neither of us had ever seen a real bird egg before; it looked almost fake in its perfection.

My mind brimmed with the plot possibilities, but I decided we’d start with a simple scenario.

“I’m the dad bird,” I told Jake, “And I have to go hunt for food. You’re the mom bird so you have to wait in the nest and take care of the egg.”

After Jake had confirmed that he understood this intel, I flung my hands out to my sides and started running. I ran around the entire house, feeling the air whip around my arms, ruffling my imaginary feathers. I was on the hunt. I ran past the downstairs windows, the sliding glass door, and squelched through the small stream we had out back (Note: I later learned that the septic system at this house was irreparably messed up and what my child self saw as a stream was in fact, sewage. This takes away a bit of the magic but it does explain the smell).

When I’d rounded the entire house, I surveyed my nest from afar. That was when I realized something was wrong.

Jake was no longer in position. Instead, he was trailing up the lawn, crying. The front door opened, and our mom came out on the stoop.

“What is it?” she asked in concern, but by then I’d already seen the source of the problem. The back of Jake’s pants were covered in a gooey fluid, darkening the fabric and crusted everywhere with little bits of shell.

It was then that I felt three different things: Persecuted, because I knew this would end up being my fault, and annoyed that my younger brother didn’t seem to understand he couldn’t sit on an egg without breaking it. But I also felt a little proud of how seriously he’d taken his role as mother bird, how in-character he’d attempted to be.

Though as a kid, I complained about all the things that come with having siblings, I’m now very glad I wasn’t an only child growing up. My life would be significantly lonelier and less rich today, considering all my siblings and I are all very close as adults. Somehow, they don’t hate me for some of the shit I put them through and we have no shortage of memories to laugh over- including this one (sorry Jake).

{Thanks for reading! If you enjoyed this piece, leave me a heart or a tip- it's all very much appreciated :D. I write here often, so sub to me for more apex content like this}

Read next: I Don’t Care