by Carlton Burns 14 days ago in Family
Report Story 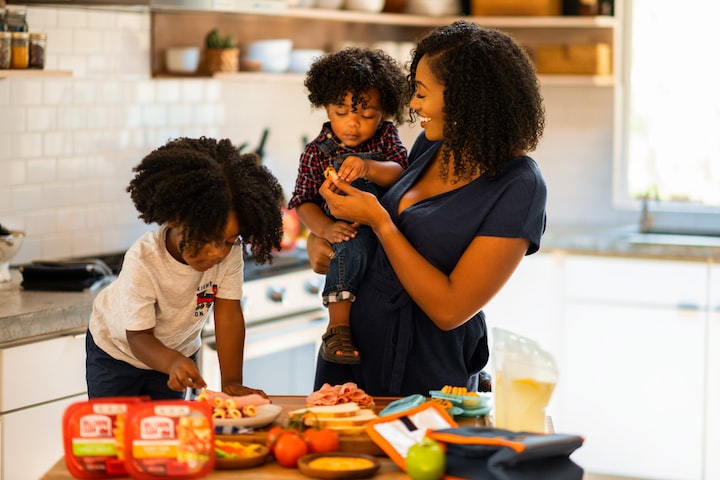 Photo by Hillshire Farm on Unsplash

On the night I flew into Baltimore, you were on my mind the whole trip. Not because I didn't think I'd see you again, but because you were visiting a place that would make it hard to keep those high hopes.

I'm thankful Dad comforted me as I shed tears of worry, sadness, and most of all, being separated from you. I was only 10 years old at the time and I was certain this was no ordinary feeling for any kid.

They say it's a badge of honor to be the child of someone in the Service. That honor they preach of comes with its own set of challenges. The kind that has me reminisce a decade later.

Through all the different places I've traveled, making friends along the way from our other relocations, that situation was unique. Not only did me and my brothers part ways--being separated and having to cope on my own was a different devil.

Thankfully you returned home safely. And soon, we were all united once again. However, life being unpredictable as it is--a new devil appeared. One with razor-like teeth and cunning to match.

You called everyone into the family meeting to bring news of your results. I wish it were those moments in movies, where you find out the doctors had it wrong this whole time. But wishful thinking can only get you so far.

The mammogram told no lies it seemed. You explained you would be going through different types of treatment, chemotherapy, of course. And that you would get increasingly more fatigued.

How you did all of that, while working and cooking dinner (when you could), is nothing short but amazing. Back then I didn't really know the effect that treatment would have, but as time went by, the signs were clear.

Signs you couldn't ignore, but for the sake of staying optimistic, had to--no matter how hard it was. As weeks went by and I came home from school, your hair got thinner & thinner.

Then one day I came home and saw what I thought was a stranger. You made the choice that it was time to shave your head completely. A decision I'm sure was hard to both experience, and find a way to cope .

Seeing you in that way for the first time was when it hit. Life became more cynical to me, as I reminisced to us being separated years ago. Only this time, it was a chance it would've been permanent.

I felt bad for not recognizing my own mother, but one thing I will never forget: Your kind heart and your willpower to push through. It was as if you had a conversation with the cancer itself and made it known it's overstayed its welcome.

Seeing you battle with cancer for the many months it took, not only was inspiring, but it showed everyone that you were a winner. Even if it appeared as a losing fight.

Nearing the end of your treatment, you assembled everyone again, this time with more uplifting news. The results of the mammogram showed that no more of those cancer cells were present. The tenant had been evicted--banished--discharged!

It was clear everyone was relieved about the whole ordeal. You, maybe a bit more elated, but well deserved regardless. All in all, I am thankful to have you as my mother, even seeing you in your worst moments--no matter how hard you tried to hide how you felt.

But your smiles were always genuine and your love for your family even more so. Thank you for being you, Mom.

The first time we met, I'm sure thoughts were going through your mind on how connecting with me was going to go. Especially since we had plenty of time to figure it out. I didn't know how it was going to go myself, considering I had to adapt to a new environment.

I'm positive it took a great deal of patience, especially since you had yet to be a mother yourself. Whether you were prepared to or not. And I'm sure back then I wasn't as well-mannered as I am now. The wonders of being a parent!

A few months later I found out that I had a sister coming. And it was a interesting surprise, as she's currently a splitting image of you, in the best ways.

I thank you for teaching me to be more giving, as you know, I may be selfish at times. Being a mother to both me and my sister was a handful at first. But you handled it with grace and confidence.

You also taught me that being a big brother is an important duty. For life. Thank you for being the kind person you are, even back when I wasn't as talkative.

It takes a special individual to take on a big role of being a step-parent. And I love you for taking on that role for my sake. I'm thankful for everything you do and all your secret recipes.

Carlton Burns is not accepting comments at the moment

More stories from Carlton Burns and writers in Confessions and other communities.