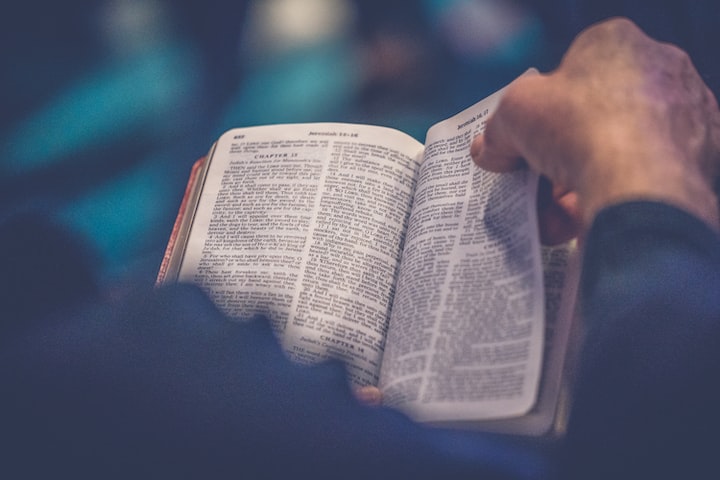 Photo by Rod Long on Unsplash

So, Dad. What a singular word to hold so many complexities.

Father, protector, fun guy, disciplinarian, sperm donor, conscientious descision maker; I mean how can one be the authoritarian and the fun guy?

My father was unorthodox but a practicing fundamental Christian by many standard theologies.

It wasn’t always so, but at twenty one my father had a wake up call of sorts. He nearly died. My Dad was born in 1960. He was an army man’s son and a rebel. In the 1970s there was a pharmaceutical grade speed called black beauties and my Dad had a slight genetic predisposition to leukemia which he developed an oddball form of.

Long story short, it is believed that the speed accelerated growth and he developed a tumor of life threatening proportions. He had emergency surgery. The doctors had never seen anything like it. The tumor was 13 lbs heavy and had wrapped itself around his vital organs and heart. They were so astounded they made a video, when removing the tumor and gave him an approximate two weeks to live.

The scar ran all the way across his chest, after the staples healed. He didn't change his life right away, and he didn't die. But he quit doing black beauties. He lived and he curbed his party lifestyle. He exceeded all doctor expectations and lived. Not without complications, however.

When I was seven years old he began having episodes and feeling a lack of control over his life, he felt as if there was something lacking in his life and that there were forces at play that exerted more influence over his life than he felt comfortable with.

There was a church in our backyard, and one Easter my brother and I went there. Well, I loved it. And I always wanted him to quit drinking because I idolized my father. So, I had been begging him to attend church with me. He did and was converted. He changed his whole lifestyle, he married my mother and my life and its course was forever altered.

He became zealous and what many would deem as overprotective. He wasn't one to accept spiritual dogma at face value and was always questioning and arguing contradictions within the texts and the pastoral concepts. We moved churches a lot. He wasn't one to accept the institutional concepts of totalitarianism either, nor to trust any one person or institution wholeheartedly. So, our life was a lot of philosophy, a lot of literature and differings in organizational and cultural structures.

We found that life in the city became to constrictive to my father who became somewhat of a renegade preacher. Hence with the settlement from a botched surgery and subsequent disabling of my Dad, (The doctors did not expect him to live, therefore they did not adequately repair surgical damages.) We bought land and had animals and a garden.

I like to reference a lot of subsequent negatives in my life with the fact that I had a childhood. I learned the value of land and the dollar, as well as freedom and a work ethic. A work ethics is often equitable with the capacity to develop respect and compatibility with diverse people. Many of the things my Dad believed in and that he instilled in me are life long values that will always remain.

He was a cultural giant but held dogmatic philosophies. We argued a lot throughout my life about religious dogma but the stead fasts remained and he never changed his views or philosophies. Once they were set, he was the eccentric who wore leather coats, self interpreted, and advocated environmental restructuring in reference to societal errors.

Towards the end of his life he became more tolerant of me and I of him actually. We listened to rock songs together, created art and developed a living capacity to work together. My father and I were often in oppositional stance, yet I idolized him and as I grew older understood the importance of much of what was important to him.

From my sheltered childhood; I developed skill sets that I would have otherwise never had. I gained strength and self autonomy. I have creative views that are original and unique in concept and a gift for organizing people, places, and things. I also have an appreciation for things that is a gratitude that I don't often see.

In our small town, my father was one of the biggest influencers I have ever seen. And although we didn't always see eye to eye. I will always see the life he lived as a glory. I will probably always cry sometimes when I think of the foods he enjoyed, or the joy he expressed about them.

He was big, and charismatic, and formidably beautiful. I loved him deeply. I will probably always idolize him.

Even now, nine years after his death I still ponder the things he said and find relevance in the things he did. I sometimes feel like him, although I most assuredly not. In the sense of aging though I am finding relatabilty and reason in some of his more radical dogma or practices. Theoretically we differed on all the major things. I believed in evolution, he preached about God. I believed in personal freedom and individual choices, he said not in my house. I believed in a world that valued diversity and individual creatives, he said the world sucks. And guess what, it does!!!!

But that's beside the point, I still have an unstoppable love for humanity. I still think my father was one of the more beautiful stronger men that lived, and I still have a sense of awe in light of his tenacity, grace under fire, and determination. I still believe in the grandness of nature and a place where all people can live to breathe in capacity to be themselves.

He lived for 34 years beyond doctorate expectations and eventually succumbed to complications that arose from damage to his heart due to the surgery and tumor. The doctors kept him alive with more modern technology with a few more lifesaving surgeries even bringing him back from a 6 month stint with 60% oxygen levels and replacing arteries.

I have a strong sense of pride in the strength and beauty of his life because he was a man who bled, lived, and cried but holds legendary quality in minds eye.

So while all the world may stumble, I remain resolute. I am his daughter. A product of his genetics and environment lives inside of me.

I will always carry the scars and life lessons that being raised as a fundamentalist Christian,at odds in a world that knew science and at odds within a culture of faith that denied itself and its own teachings has given me.

I mean I read the Bible. I lived by its principles. Many religious organizations today seem to only remember Jesus as the man who died on the cross for them. And all of the philosophy about love and tolerance are just washed away in old testament sized judgments and glares.

So, yeah whatever. It is what it is. I love who I am and where I come from. Its what makes me the person I am today.

So, on this year for a belated Fathers Day, I will try not to cry for the life that my father gave me. I will try to practice resolution in the face of my knowledge of life adversities while maintaining a practiced eye for appreciating the beauty in it.

I will try to smile through the pain of loss and my misfit status while I remember the places and points of love and strength that were actually given me. An actual childhood, with literature, nature, and whole foods as well as a penchant for the finer things. A self concept with the possibility of greater things, memories of a father that was present and playful that read stories like Robinson Crusoe and Rikki Tikki Tavi with a delicious grandiosity.

He wasn't always the dying sick man that the last decade of his life was. He was once the life of every party.

More stories from Melissa Eaves and writers in Confessions and other communities.