Birth of a Phoenix

by Janice Powell about a month ago in Family
Report Story 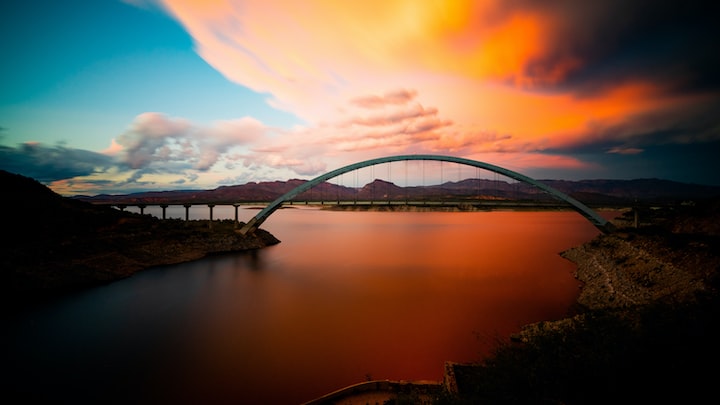 Photo by Tom Gainor on Unsplash

I never got a chance to tell you something before you passed away. Even writing this now, it is hard to say. I wrote much more of this letter before I came back up to this part to add my confession. Mom, I am a lesbian. I suppose I could have told you when you were in a vegetative state all those years but I found that hard to do without being able to see your reaction. Before you were in a vegetative state, I did not yet know this confession about myself. I was eighteen years old when it finally clicked. It happened while I was reading a reading assignment in a college class during a summer program away from home. The reading described characteristics of a homosexual within it. My very first emotion was my brain flooding with extreme fear. I did not want to be this way. I was worried that I would get beat up or murdered. I wanted to quit the program and go home to hide from the world. I didn't realize I was exactly where I needed to be. The summer program was known for diversity and acceptance. There were others like me there. I gave it all the strength I could muster and stayed. I think talking to the director about this struggle helped. All students that were going to be entering college in the fall were given a scholarship at the completion of the summer program. I was given one with a title about a phoenix because of my struggle with all this and the phoenix has been an inspiration for me ever since. When I was twenty six years old I got my first tattoo and it was the words Phoenix Rising. I always hoped you would accept me but given the rocky start with the rest of the family, I feel scared to think about what your reaction might have been. Then other times I am betting you knew. They say mothers know these things.

Growing up I only heard you speak on your opinion of this once or twice. You made fun of the lesbian couple that lived a few miles away. You talked to my dad about how you thought what they were doing was wrong. Would you have thought this if it wasn't the popular opinion? I don't think I ever heard anyone else talk about it my entire childhood. It just wasn't discussed in our small town. Somehow it wasn't in any movies or shows I saw back then too. As a result, I did not even ever think about its existence. It was as if my brain only registered what was considered the norm. However, considering the intense fear I felt when I figured out this realization about myself, my subconscious must have known about homosexuality. I must have heard or seen things and suppressed them or forgotten them. Why else would I have been afraid I would be murdered? My childhood came right before the world began to be much more accepting of people like me. Would I have still gotten a late start to understanding myself if I had known more? Would you have become more accepting of me over time like most of the rest of our family and extended family? They started to become more open to it at about the same pace as the rest of the world did.

One thing I always knew for sure was that I felt different and out of place. When I was too young to know the difference you dressed me in girls clothes. Probably at age 8 or so I decided I liked boys clothes and you let me wear them. Thank you for that. It gives me hope that you would have accepted me. Just now, I think it has given me a realization. I think you are okay with it. The light has come on, just like the flickering of the boys light up basketball shoes you bought me when I was probably in third grade.

My passion is to spread what it means to love.

More stories from Janice Powell and writers in Confessions and other communities.