by Carl L. Lane 7 months ago in Humanity
Report Story 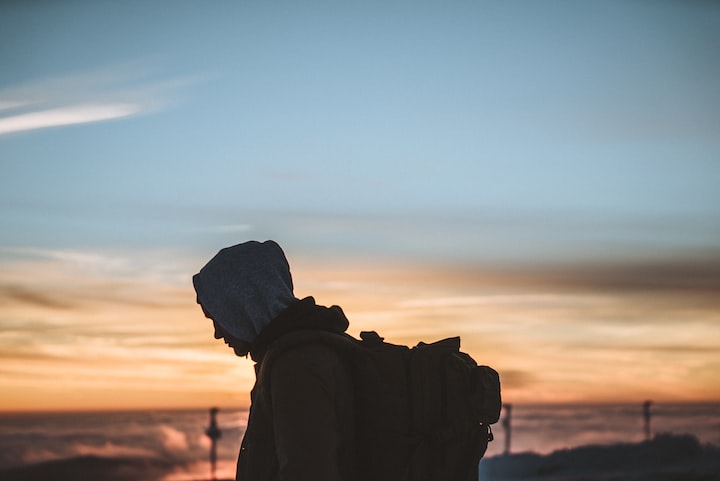 Photo by Dimi Katsavaris on Unsplash

I'd grown up being sort of passed back and forth between the families of my drug-addicted mother and my sporadically present father. I found myself homeless at sixteen, hoping to make it through the last couple years of high school and somehow find a way to college.

During my sixteenth year, I slept in an abandoned house a friend had told me about. It was next to the neighborhood park and at that time there were no other houses near it. I remember that I had to wait until late at night to go there so no one would discover that I was sleeping in the house. Most of the windows had been broken by neighborhood kids throwing rocks and it smelled of urine.

In Houston, the winters are generally mild, but you do get the occasional cold front, and besides, when you’re living in a house with no windows and no heat it doesn’t take much to make you freeze. I slept inside a walk-in closet so I could have a smaller area to try and keep warm. The doors had all been taken, so I hung an old blanket I found at the doorway of the closet to keep some of the wind out.

After school, I worked with a small company that paid commission to sell roses on street corners. The pay wasn’t much, but it let me eat most days and I was able to buy a jacket after a month or so. In the closet, I kept my old blankets, whatever cash I had — which I hid inside a hole in the wall — some candles and a big kitchen knife for protection.

That winter was unusually cold. It rained a lot and there were holes all over the roof of the house. Because I had to wait until late in the night to sneak into the abandoned house, there were plenty of cold nights I got to the house soaking wet. I’d strip and hang up my clothes and coat where ever I could to let them dry, and spend the night trying to do homework by candlelight since sleep was impossible on a cold night without the coat on.

Some nights it was so cold and windy that I didn’t even try to sleep. I just stayed up and waited for the sun. Or I’d do pushups or even dance to generate body heat. When I tired, I had to sit for a time, and the cold would come back to me and I’d shiver so hard that my teeth clacked together.

Just as I had to come to the house late at night to avoid anyone seeing me go in, I had to leave the house early, usually before daylight, for the same reason. I’d walk out into the cold, with the coat pulled tight around my body, rubbing my hands together. A lot of times I’d go to the park and sit on a piece of equipment until the sun had fully risen.

There were days when I didn’t have money for food, so I just stayed to myself during lunchtime or found some quiet place to study if I had the energy. I tried to keep up with school work, I’d convinced myself that I could, but the longer the winter went on the further I fell behind.

I don’t remember how long the winter lasted that year, but it seemed like a lifetime. Every night I prayed that the next day would be warm or at least dry. But the long winter lived on. Taunting me. The day before my birthday, in December, it rained so hard that the impact of the raindrops was physically painful. It seemed like it would leave bruises. I walked to the house late that night, drenched within seconds, tears mixing with the raindrops.

But I made it through the winter. Like a starving dog with ribs showing and the look of death in his eyes, I made it through. On the first day of spring, not the official first day of spring, but the real one, when you know the cold has finally gone, you can smell the difference in the air. I was hungry and I was still homeless, but I knew I’d live.

One afternoon I was smoking and passing a bottle of cheap wine with a high school friend when he told me something I think I needed to hear right at that moment:

I would imagine if I ran into that guy today and tried to remind him of that day and what he had said, he likely wouldn’t even remember telling me that, but I’ve never forgotten it.

Not long after that, I ended up moving in with a relative on the other side of town. They were poor and couldn’t really afford to take me in, but at least I had somewhere to sleep. I ended up making calls at a telemarketing company for work.

That winter I learned lessons that have continued to get me through some of the toughest times of my life. I know how to be hungry without being beaten. I know how to be totally alone, without a soul in the world to help you and keep going, not give up. Life was not just smooth sailing after the long winter of my sixteenth year; I’ve had bumps, hell I’ve had mountains along the road and I’ve made huge mistakes, the consequences of which still reverberate many years since that winter. But I’ve never given up.

When you’ve known hunger, when you’ve survived something like that, even in the worst of times you never doubt that you’ll make it.

I may often not know how I’ll make it, but I’ll make it. Most people have never known real hunger. It would break them. Most people don’t know what it’s like to be cold and have no way of getting warm.

Many years later I did finally find my way into a small commuter college, hoping that a high school English teacher who once told me, “You just have a wonderful way with words,” was not just some quack who didn’t have a clue what she was talking about. Some people probably would’ve thought the English major was a little extra ambitious for a guy who didn’t read his first book until he was already in his twenties, but once given a taste, I’d consumed literature frantically.

The first day of classes, years older than most of the other students, I couldn’t stop smiling. Firstly, I smiled because I had already read some of the books the professors had chosen for the English classes, but mostly I smiled because part of me had doubted I’d ever make it there. It was such a long way from that old house. It was such a long way from trying to do homework by candlelight.

These days I’m a certified sommelier. I’m not working because the coronavirus has been particularly hard for the restaurant industry. Times are tough. But I know I’ll make it because I’ve made it through a lot worse. Sometimes I’ll be eating something good, or just grab a snack from the fridge, and I’ll smile to myself, remembering all those days that I went hungry growing up. Turning the heat up on a cold winter night is nostalgic. Empowering.

Buying my little house brought tears to my eyes because I’d bought it alone. I was a poor kid who grew up around people who were so poor most only dreamed of buying a house, the way you’d dream of winning the lottery. Honestly, a big part of me is as concerned and worried as anyone right now in the midst of this pandemic, but I’m a fighter; I’m going to fight my way through this. Finding Vocal a couple of months ago was so beautiful. Seems like the ghost of some old English teacher is guiding me, showing me a hidden path. I’m going to write my way through this, and I know I’ll make it. The winters are warmer now.

More stories from Carl L. Lane and writers in Confessions and other communities.