by jocelyn Townsend 5 months ago in Humanity
Report Story 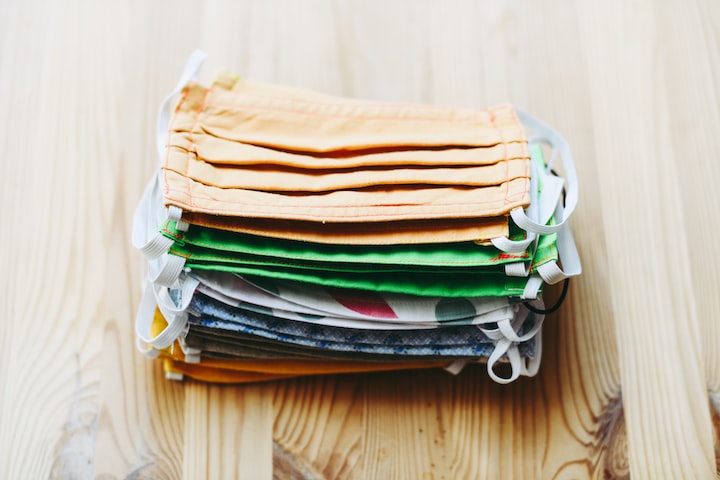 Photo by Vera Davidova on Unsplash

I am struggling to decipher the beginning, because a writer must choose a starting point on a timeline looped like infinity. As Hannah Gatsby put it in her groundbreaking, commentary-comedy 'Nannet' when we are telling a story, we make a choice depending on how we want the audience to feel. Nannet having been autobiographical had truth to it, yet after the cascading notes of our laughter we are then informed that her punchline led to an actual punch, and suddenly we retrospect on our laughter. This perhaps is why, for all the stories that get written, many do not. We like to think that we are being authentic when we are being truthful, or genuine, yet the act of story telling requires omitting details because no one person can pay attention to all events, atmospheres and perspectives. These ommission are always synonymous to deception, so then what is this authenticity that we aspire for? This is my discomfort with the word.

Hi, I am Jocelyn. I am a thirty-one year old failure with no job, no friends and a cat that sometimes perceives my hand to be a pee pad. When I am not at home, people let themselves into my condo to borrow my shoes, turn the heat up to 27 degrees and spill coffee on my job interview shirt, intentionally. I don't intend to be a failure but how can I be anything but all things considered. Oh yes, and somehow, over the last three years I've become a symbol of sorts, and this is why people take guided tours of my condo without my permission.

I am privileged. I inherited this condo on land that is unceded territories, yet due to intergenerational trauma I know very little about my origin. If people asked, I would likely let people in if they promised to be respectful and kind. I got 1000 dollars a month to live off of and this was just increased to 2000. I get this without having to do much. I am privileged.

If I weren't privileged I'd be homeless, no actually. You see, despite not having a job, I am not lazy. I have three diagnosed disabilities, have been fighting with the health system to get the co-morbid diseases related to my disabilities diagnosed and treated yet have been met with consistent discrimination based on sex and my depleting mental health.

I was also an A plus student at the University of Victoria, yet after having been met with barrier after barrier and mistreatment after having been sexually harassed by T.A. with impulsivity problems and going through every system of the university to get some recognition, it felt like I was screaming into a void, and thus began the battle.

I am back here, writing, having neglected this piece because I was uncertain of what to say. I learned that this is not a battle field; this is some sort of war that I don't understand. If you haven't read the news, you should. I was friends with Elizabeth Holmes but in Canada she went by Victoria Bennet. I realized that this woman I did yoga with for so many years was a complete fraud, and the majority of the people in my life were not who they said they were: my roommates, partners, friends, mentors and even the music I listened to were all situated around catching this fraud and I had no idea. The gaslighting has made me question how much of the society around me fraudulent.

While I feel like I am going crazy, that's not what is happening. I'm coming to recognize that people were groomed, willing to deceive and lie to massive extents for reason's that are unknown to me because they don't make me feel seen, heard or safe. They make me feel humiliated, like the joke was on me. They show me disrespect and disregard as they faked their way through my life.

Coming back to your authentic self is a bullshit idea that we feel good no longer living in the cognitive dissonance created by going against one's values. Well, what if you have to go against your values and dismiss your needs because the society that you live in is disordered? The best you can do is recognize how irritable and agitated anyone would be in such a situation.

To the person who becomes more authentic in such a situation, you will undoubtfully feel better, but to those who have suffered your lies, that's not the case. We feel like shit. Our trust is broken and you have given us a rage and anger for all the falsehoods you have placed in our lives and years of deception. A giant middle finger to you! This is my authentic disgust for what you have made of my life. You have made my future unbearable because will not accept the company and friendships of those who lie to my face with such ease. These are not the things that you recover from. These are the things that degrade you by leaving you saturated in complex grief that society is not prepared to heal. We lose years of our lives to deciet. We make poor decisions due to exhaustion. We lose energy to emotional abuse. When we can no longer fathom the world or comprehend why we have been entangled with such sociopathy, we go numb. So here is a royal, fuck you and may you authentically be riddled with guilt for what you've done to me.

More stories from jocelyn Townsend and writers in Confessions and other communities.