by Fiona Teddy-Jimoh 10 months ago in Embarrassment

Let me tell you about that time I went to an immersive theatre production. 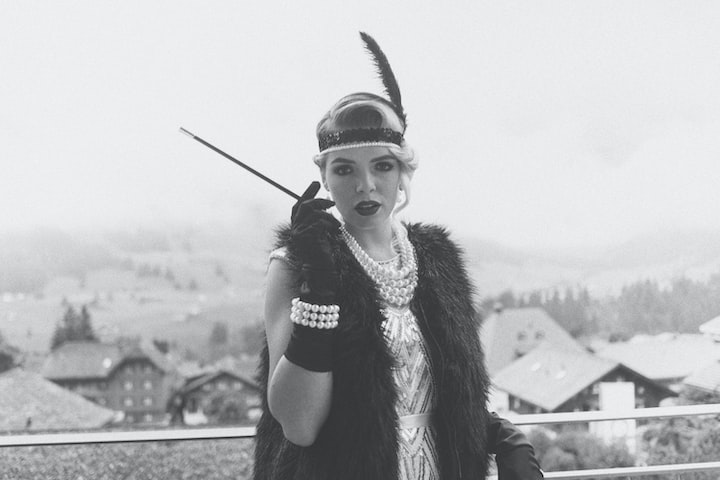 “Alright, I think I’m ready to do some acting!”

It was February 2018, and it was my friend’s 25th birthday. She decided that she wanted to do something different this year, something special. She had trawled every social media event for weeks and finally settled on something that none of us girlies had ever done before - immersive theatre. The storyline, The Great Gatsby.

The Great Gatsby, a short novel originally written by F. Scott Fitzgerald observed the lives of the young, the rich, and the naïve, and how scandal after scandal disturbed the 1920’s jazz age. Juicy stuff, right?

I was crazy excited that this was our Saturday night plan. I had previously dabbled in the art of dramatisation during my GCSEs and prided myself on my self-proclaimed acting talents. I decided that I was going to razzle-dazzle my friends, actors and actresses alike. As I made my way to the door, my boyfriend complimented my style and said that he couldn’t wait to hear all about it later as he kissed me goodbye.

I met my friends at a house in East London and engaged in the necessary pre-drinks before grabbing a shared taxi to the venue in the West End. After a short queue we were in. The décor was fabulous.

The venue was draped in multi-coloured cloths, lights, and champaign bars. There were also many tantalising rooms that the audience could explore throughout the production. The wonderful thing about immersive theatre was that you could follow a single character or different characters whenever you pleased and gain extremely different storylines and experiences.

We had some time before the production began so we decided to head to the bar. Being too poor for champaign, my girls and I agreed that we would share a couple of bottles of red wine between the four of us instead.

I downed my glasses like water and snuck off to top up with a mojito as the lights dimmed. Okay, two mojitos. Suddenly, a mob of strangers in brilliant 1920s attire rushed from every corner of the venue and partnered themselves amongst the audience.

Jazz music blared and everyone started to dance. With cocktail still in hand I was dragged by none other than the stunning Daisy Buchanan herself, the lead female character. My cocktail splashed wildly as we spun and twirled to the fierce saxophones and drums, blinding my eyes and staining my dress. I stepped on Daisy’s feet as I fought the urge to spew my guts all-over her.

My guardian angel must have thought enough was enough because the music paused abruptly, and the production was in full introduction.

Daisy looked a little traumatised at my mouth full of vomit. I swallowed hard, rushed back to my friends and rested my head against a wall.

Some time had passed and there had been a commotion.

Daisy’s husband, Tom Buchanan, had been accused of infidelity and the pair stormed off in separate directions. As the phrase “girls stick together” was a sacred motto that my friends and I lived by, we decided to follow Daisy to her theoretical bedroom to offer her a shoulder to cry on. I tripped and made a scene as we walked up the stairs.

Despite my intoxicated blunders, I was determined to express myself creatively and extend my drama skills to support the immersive theatre. A distressed Daisy slumped herself on her bed and began venting about some suspicious woman she believed to be her husband’s mistress. A woman who went by the name of Myrtle Wilson. This was my chance.

“Babe. Babe! Don’t even worry about that good for nothing low-life babe. You’re so beautiful and Daisy is nothing but a cheap home-wrecker.”

The bedroom went silent. At first I thought they were impressed with my forthcoming nature. I quickly realised that they were just confused.

In my drunken state I had not only cut Daisy off mid-sentence and disrupted the storyline, but I threw incoherent shades at the wrong character. I tried to claw myself out of the hole with babbling justifications and erratic hand movements until the actress broke out of character altogether and politely asked me to stop. My friends were kind enough to suppress their laughter.

As the production progressed, the theatrical characters took a liking to the birthday girl and another friend. I suspected that the characters had secretly warned each other about my drunken antics because they seemed to try their hardest to avoid direct interactions with me for the sake of a successful experience. It was for the best though; I was too drunk anyways.

The production ended and I was soon outside with my friends waiting for a taxi to take us to our homes. As my girls chatted away about the fun they had, I was unusually quiet and consumed with cringe over my failed acting.

At that moment the actress formally known as Daisy exited on to the street and looked straight at me. With a massive smile she waved. I felt excused of all embarrassment and enthusiastically waved back. Her expression changed into slight dread and looked the other way. Confused, I instinctively turned around to see a man walking towards her. As he approached the actress she whispered something into his ear and he suddenly glared at me. It wasn't me she was waving at.

I finally arrived home and was greeted by my boyfriend.

“How was your night?” he asked. “Did you razzle-dazzle them?”

No. I did not razzle-dazzle them, but he didn’t have to know that. No one apart from my girls and the immersive theatre production needed to know what went down, but I didn’t want to lie either. I looked up at my sweet, curious boyfriend with a smile and decided to come clean…kinda.

“After the way I performed tonight, I’m sure the actors and actresses will never forget me.”