My blood is no longer thicker than water 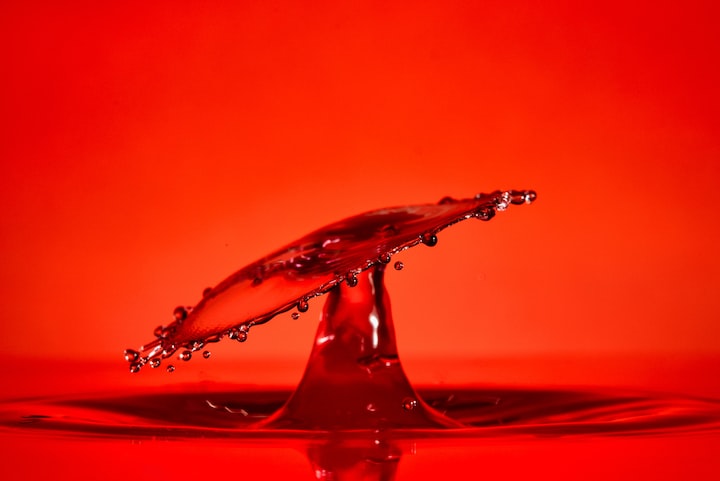 Photo by Robert Hrovat on Unsplash

To the owners of an unnamed property in Llanberis, North Wales, the United Kingdom.

I never meant to leave your beautiful cottage looking like Leatherface’s workshop. It was an accident.

If you will allow me the privilege, I’d like to explain what occurred.

The transformation of your cottage from a charmingly rustic residence to an imitation of Hannibal Lector’s killing room began one summer’s day last year when I noticed a dull pain in my right calf. I’d been exercising a lot recently and dismissed the discomfort as a byproduct of my new regime. Given time, I was sure it would abate.

A few days later, my calf was as solid as a house brick. It had also grown tender — I couldn’t put any weight on it without a shooting pain flaring up my entire right flank. To avoid this, I had started to limp like a pirate whose false leg had woodworm and might crumble if too much stress was put on it.

The next day, I couldn’t move my right arm. That night, my useless appendage had acquired stabbing pains. Then I found myself unable to breathe. Every time I inhaled, a white-hot needle was plunged into my right lung.

The penny finally dropped — this wasn’t a mere calf strain.

I called for an ambulance and an hour later I was laying in Critical Care having been diagnosed with deep-veined thrombosis. For reasons unknown, I had developed a blood clot in my right calf which had then gone haywire and played havoc with the entire right side of my body.

Despite being life-threatening, treatment for a DVT is surprisingly straightforward: Blood-thinners.

After downing these for 24 hours, I could breathe normally again. 48 hours later and my arm was operational. 72 hours on and my calf no longer felt as if it had been injected with concrete.

I couldn’t work for a while but I wasn’t a wheezy, one-armed pirate anymore. It was a start.

I will spend the rest of my life on blood thinners. No big deal — millions of people need to take medication in order to physically function. The only worrying aspect was the card I was given, one that had to be kept in my wallet at all times.

It stated that I was on blood thinners and, in the event of an accident, the medical professionals treating me should be told as quickly as possible. As my blood will now take longer to clot, even a minor cut could result in severe blood loss. A teeny, weeny paper cut would make it look as if I’d been attacked by Freddy Krueger.

And this is where your gorgeous holiday home comes in.

As you are aware, I booked your charming cottage as a romantic New Year's Eve bolthole. It had been a manic twelve months in which my partner and I had struggled to grab quality time together. Thus, we were both looking forward to a few days of 'alone' time where we could usher in 2022 in peace.

There was also an added bonus. My partner's parents lived less than an hour away from your cottage. I had not met them yet - what better way to do so than with a home-cooked meal on New Year's Day in your lovely abode?

What could possibly go wrong, I hear you ask? Well, a lot as it happens.

The inciting incident occurred on the second day of our stay. It was an innocuous occurrence. A scented candle (Blueberry Explosion, for the record) fell to the floor, causing the glass receptacle surrounding it to smash. In the process of clearing up the wreckage, I nicked myself on a shard of broken glass.

It was the first time I had sustained a flesh wound since being put on the blood thinners. I had always known this day would come and was apprehensive. I had been nervously expecting some degree of mess. Instead, I found myself in a scene from ‘Friday the 13th.’

It was as if an entire limb had been hacked off. With a blunt, rusty butter knife.

Within 60 seconds of cutting myself, my arm was dripping in blood and pooling on your antique parquet flooring. 60 seconds after that, I was wondering if you had a canoe in your garage. I was going to need it — if I couldn’t staunch the bleeding soon, the kitchen was going to going to be submerged.

How can I best describe the carnage that unfolded that afternoon in your (previously) white kitchen? Have you seen ‘The Shining’? Well, you know that bit when the elevator doors open and gallons of blood cascade out? It was a bit like that.

It was a bloodbath. And by that I mean I could have literally taken a bath in my blood.

In the 24 hours it took the minuscule cut to clot, I had managed to spray the beige hallway crimson, decorate every pastel-coloured cushion in the house with large pink circles, and tie-dye the cream carpet in every room a fetching series of reds.

I cannot lie - it was not the greatest New Year's Eve I have endured. My partner feels the same - as she told me many, many times (with the aid of a variety of colourful words that I cannot reproduce here), two days of moping up blood in between bouts of rebandaging my blood-spouting finger was not the ideal way to say 'goodbye' to 2021.

We were so obsessed with our attempts to clean your cottage that we both lost track of time and forgot that her mum and dad were coming to visit us. In fact, it was only when they arrived that we remembered this. I had desperately wanted to make a lasting first impression. Rest assured - I did.

I had lost quite a lot of blood by this point. I had also not slept a great deal since sustaining my injury in fear of ruining your bed sheets. The lack of sleep and blood loss had rendered me woozy and incoherent. In the eyes of my would-be in-laws, I appeared high on crack cocaine.

Myself and your cottage were also splattered with blood. As first impressions go, it will take some beating.

As did the meal we prepared for them.

Due to spending the last two days on both nursing, and then limiting the damage caused by, my injury, we had forgotten to purchase any food. It was New Year's Day and the local shops were closed. We would have to make do with what was in your kitchen cupboards.

This is why the first meal my girlfriend's parents ate in 2022 consisted of curry-flavoured noodles, tinned asparagus, and mini hotdogs. I'd like to say that they enjoyed it but they were too busy staring at the blood-soaked, rambling lunatic their daughter had chosen for a life-mate to comment on the food.

And then we got to dessert.

We were all going to share a jumbo tin of peaches. Foolishly, I said I would prepare this treat. In reality, I should not have been allowed near the kitchen in the condition I was in. Especially not near a can opener.

You know that large streak of blood on the cupboard above the microwave oven? The one that resembles the outline of a whale leaping out of the ocean? That happened when I nicked the tip of my right thumb on the edge of the tin of peaches.

If I'd thought my previous cut was deep, this new one impressively put it to shame. The last thing I remember before being relieved of my food preparation duties was manically screaming, "There she blows!" That and wondering what blood-infused peaches would taste like.

My partner's father then drove me to the nearest hospital. Which happened to be two hours away. Ordinarily, it was only a thirty-minute journey. However, the blizzard that was now smothering North Wales extended the travel time.

I wish I could say that we bonded during that trip. But I was delusional by this stage and he was too busy ensuring that we were not killed by gigantic snowdrifts.

The atmosphere between us did not improve when we arrived at the hospital. Apparently, I was obsessed with a man sitting opposite me in the waiting room whose hand was trapped inside a toaster. I kept on making nonsensical puns (loud enough for everyone present to hear) such as, "That's a funny oven glove." I have no recollection of this.

Six hours later, after I had been properly repaired, we drove back to the cottage. My girlfriend and her mother had spent that time trying to clean up. To my eyes, they had not so much removed any trace of blood but simply moved it around. Everywhere was a queasy shade of pink.

Her parents left soon after I'd been deposited back at the cottage. It was an impressively awkward farewell. The blizzard was still blowing and we'd offered them the opportunity to spend the night with us. However, in hindsight, I'm not surprised they'd chosen the risk of dying on the road rather than spend a night under the same roof as me.

Following their departure, I stood in the middle of the cottage. I was no longer woozy and could, finally, see the sheer scale of the damage I had wrought.

It was as if I’d hired Ted Bundy to do a spot of redecorating.

I can assure you I hadn’t — I had invited no serial killers to stay.

Me and my watery — yet amazingly explosive — blood. On behalf of us both, I offer my most sincere apology.

I did see the review you left about us:

It was a fair appraisal.

Despite our best effort to clean up, it did indeed seem as if many, many creatures had been brutally slain inside your cottage whilst we were ensconced there.

However, whilst I’ve got your attention, I was just wondering if you had any other properties available to rent this New Year's Eve? Not the Llanberris one — that one seems to have been the scene of a gruesome murder.

If you've liked what you've read, please check out the rest of my work on Vocal -

More stories from Steven Fitzgerald and writers in Confessions and other communities.