What It's Like Living In a Country Obsessed With Football 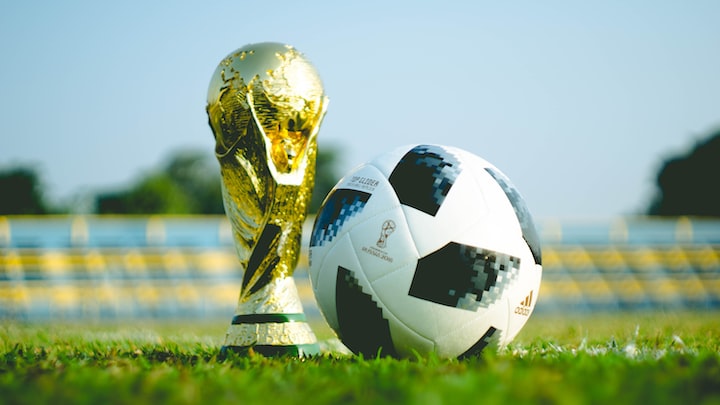 It's that time again. The FIFA World Cup officially kicked off yesterday, and tomorrow is the day Argentina has been waiting for four years to arrive: the national team's first game this time around.

As a Finn, I used to watch World Cup games growing up even though we absolutely suck at football. I even saw one live in France in 1998.

When I lived in Barcelona between 2006 and 2009, I saw a football-crazy city with the world's best team, el Barça, take home every possible win.

But I never knew what it was like to watch the World Cup in a country that truly stops when a game is on.

It's spooky, and kind of disappointing.

Everyone watches football in Argentina. Even if you normally don't, you watch the World Cup games.

I've never been as scared walking alone in Buenos Aires as when a World Cup game is on. It looks a lot like the first days of the pandemic, when there was nobody anywhere. The streets were empty and there was an eerie vibe in the air.

I do often try to make it to the gym while a game is on, because there's nobody there.

It does get tiring the last year before the Cup. News channels have long been obsessed with this sporting event, with countdowns of the days remaining to the event and speculations on which players will make it on the team.

They don't care about the corruption in FIFA, at all. There's barely been a mention of Qatar's human rights violations, the discrimination of women or the criminalization of homosexuality. Maybe a bit of indignation about no alcohol being sold at stadiums to fans.

Seriously, good one, FIFA. Great choice of a country to hold the games. This will probably not be a problem at all with your beer sponsor, Budweiser, which paid $75 million to be present in Qatar.

Back to Argentina, though. Here, people spend all their money on plane tickets or new television sets to watch the games. The government even made up new 3-year payment plans for the purchase of TVs for the occasion.

Schools and workplaces have TVs set up so that nobody has to miss a second. Because that would be unforgivable. It's a life or death thing.

My ex-boyfriend, normally the calmest and nicest man in the world, was so anxious during the World Cup that he'd snap at me merely for trying to have a conversation with him on game days. He couldn't sleep on the nights leading up to them.

I'm really happy my current boyfriend is from Colombia, a country that was left out of the games. We can be happy and celebrate the wins, but we won't get nervous if things don't go well.

The people who have the most at stake besides the players themselves, though, are the politicians.

Saying the Quiet Part Out Loud

Last week, the minister of Labor and Social Security Kelly Olmos let out the worst kind of a joke when sitting down for an interview to discuss the country's disastrous macroeconomic prospects.

"Let's not talk about inflation," she said. "First, we need Argentina to be world champion, then we'll work on inflation. One month won't make a difference."

The joke didn't go down as she'd hoped. Of course it didn't.

People don't want to hear that you're not serious about fighting inflation every second of every day, when prices are rising at a rate of over 6% a month.

One month absolutely makes a difference for everyone in this context. But the worst part was that she had said the quiet part out loud.

Olmos can apologize and say it was all a joke, but we all know it was true. The government has long been waiting for the World Cup to give them a breather.

People won't focus on the crashing economy for a month. News will be about Lionel Messi's ligaments or Angel DiMaria's words at a press conference. Twitter trends will be solely about the last game, or the next one.

And if the Argentinian team should win, it would not only crown the career of the best player the world has seen in decades, Lionel Messi. It would also give the government a breath of fresh air.

Strangely enough, it would make Argentina's failing president look better, even though he has absolutely nothing to do with how well the team plays.

It could even momentarily give him enough public support to make him announce his candidacy for next year's election.

But if the team fails, and especially if it fails early, the President faces an extremely tough December.

Because when you're in a football-crazy country, the World Cup is everything.

More stories from Taru Anniina Liikanen and writers in Cleats and other communities.