What Is the Champions League?

by Bill Shaffir 2 years ago in football

Are you watching the UEFA Champions League? Well, you should be.

The UEFA Champions League is the most prestigious club football competition in the world, comprised of all the top-tier European clubs. It's played by the champions and sometimes runners-up of various European football leagues, all of which are among the strongest UEFA national associations. If you're new, UEFA stands for Union of European Football Associations, which is the governing body for association of football on the European continent.

Currently, the UEFA Champions League begins in mid-July with three knockout qualifying rounds, followed by a playoff round. Then, the ten surviving teams enter the Champions League group stage, joined by the 22 others that qualified in advance. The 32 teams are drawn into eight groups of four, and then they battle it out for survival. Club competition is fierce, for the UEFA is a coveted tournament to be a inducted into.

The eight group winners that are left standing, as well as the eight runners-up, proceed to the knockout phase that all leads to one final match in May. It's a long and grueling tournament, but the winner is never forgotten, as it is considered one of the highest achievements in the entire sport. In addition to the on the field accomplishments, to be under the copyright of the UEFA, clubs must meet certain stadium, infrastructure, and finance requirements to maintain a license. 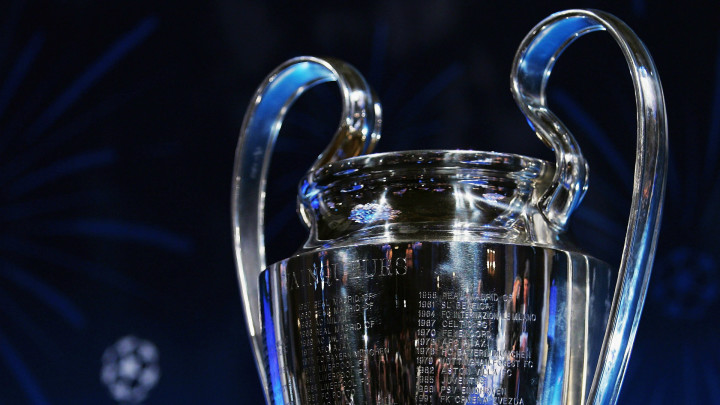 Playing in the Champions League is incredibly lucrative, and the money paid to the clubs reaches the hundreds of millions. The winning team is presented with the European Champion Clubs' Cup, which has been awarded in its current condition since 1967.

Any team that wins the Champions League three years in a row, or five times in total, wins the right to retain a replica of the trophy in their stadium. The original, much like the Stanley Cup, is retained by the governing body. Only six clubs have been successful enough in the Champions League to earn a replica: Ajax, Bayern Munich, Barcelona, Milan, Liverpool and current champion, Real Madrid.

The massive television appeal, as well as the lucrative advertising contracts throughout the world, lead to a large pool of available prize money, which all participants get to share if they make the qualifying round.

The UEFA Champions League is mostly sponsored by massive multinational corporations, and their logos are seen everywhere from the stadium rafters to the player's uniforms. It's a bidding war to be able to sponsor the event, as a maximum of eight companies are allowed per tournament. As far as commercial purposes go, the Champions League is a gold mine.

The event is covered worldwide, with a significant audience in almost every country on Earth. The final is regularly known for attracting over 300 million viewers. To truly gauge how staggering a statistic that is, recognize that it is more than three times the amount of people that watched last year's NFL Super Bowl that nearly went to overtime. 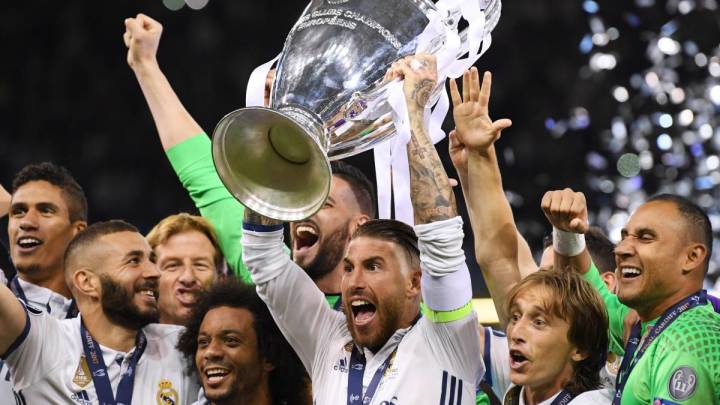 Over the years, one team has dominated the competition more so than any other: Real Madrid. Including the last two, the powerhouse Spanish football club Real Madrid has won 12 UEFA Champions League titles.

The all-time leading scorer is Cristiano Rinaldo, who has netted 111 goals playing for Manchester United and, of course, Real Madrid. Number two on the list won't shock you either, as it's Lionel Messi, who's widely considered the greatest all-around soccer player of his generation.

Italian football club Milan has also been incredibly successful, winning seven times, including two titles in the mid 00s. Much like other leagues, the best players in the world usually dominate the action in the toughest club football tournament in the universe.

Lastly, who is called upon to referee the most prestigious football tournament in the world? It's a tough and thankless job, but it has to be done well, or the fans will riot. Luckily, the Champions League refereeing unit is broken down into five experience-based categories.

Referees from France, Germany, England, Italy, and Spain are typically elevated, as they are used to top-level competition and dealing with world-class athletes. The final rung of it is the Elite category, which can only be accessed after great performance in the qualifying rounds. Everything is taken into account, including bias, fitness and determination, even country of origin. They must be under 45 years old, as the process is grueling.

Now, next time you walk into a bar and see people huddled around throwing back pints and screaming at the television, you can pull up a chair, have a pint, and have an idea on what all the commotion is about.

Lover of gangster films and worried about the future of artificial intelligence.

See all posts by Bill Shaffir →